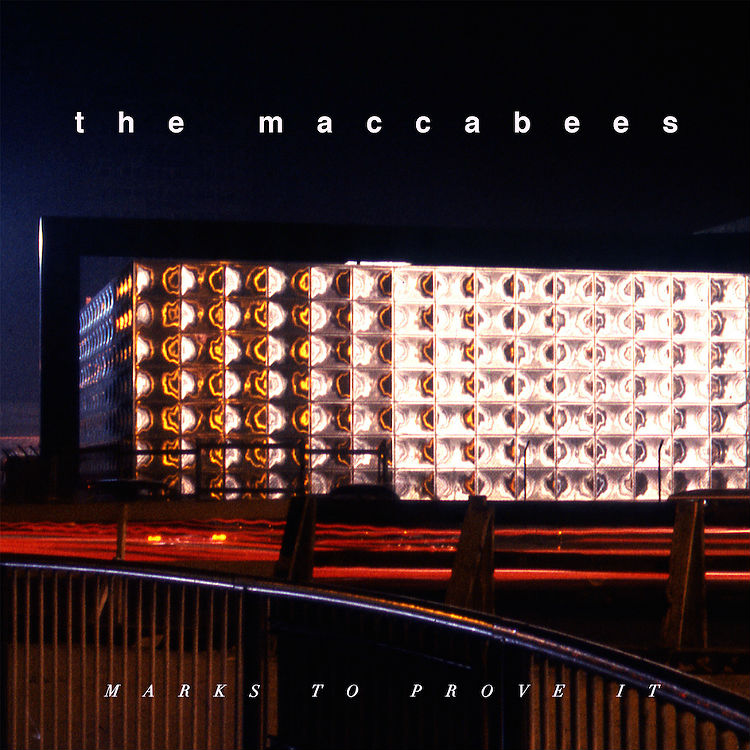 We care very much that it’s the right record and we’re five people with different tastes and opinions, so it took us quite a long time to do that one. There were a lot of things that we’d learned from “Given To The Wild”. When we started using the same methods on “Marks To Prove It”, it suddenly felt kind of wrong, so we needed to refigure how to create some of the things that we’ve managed on the last record without using the same tricks. We wanted less reverb and less layers. A lot of it was about learning that when you put limitations on yourself in terms of instrumentation or the lyrics, you work up to that limit and it’s nice to find an expression within that.

MARKS TO PROVE IT

It went through some different versions and I think that’s where the tempo shifts come from. We didn’t want to throw away some of the previous incarnations of it. It needed to be the first track of the record because it would have ruined the balance of things if it hadn’t been. I like thinking of it as the kind of preface and that the end of the song leads into the start of the record.

It came up when we were touring in Japan. I think I stayed in the hotel and the rest of the guys went to this place where they played this chord patterns thing. It just sounded very peaceful, but a lot of that I was writing about wasn’t very peaceful. I wanted to have butted heads and a recollection of that sound. The lyrics are kind of kicking it out.

“Ribbon Road” was meant to bring a rolling feel to the record. I was thinking Ribbon Road was kind of a geographical term for a road that everything is built around, but I think I got that wrong. We ended up thinking that we should go back to it because of it’s A to B structure. It’s maybe the most obviously structured song, but we tried bits and pieces and that way it just felt the most fulfilling.

That one was a turning point for us! A friend of a friend is a producer and he worked on Echo & the Bunnymen stuff. We met him at an office party and he just told us whether something was good. We’d been in this so long that we kind of run aground and he was very good at encouraging us to keep going with something. The way we made that work, we were able to add it to some of the other songs to push them over the line. I think it almost sounds like there’s relief in it. Our studio used to be the one of The Jesus and Mary Chain. Then it was pretty much abandoned for a decade and advertised as an office space. We got in there like „This is a proper studio!” and then we did some research and found out it was theirs. The only thing that was left in there was the piano you hear on the track. We got it tuned up and now it has a real character on the record.

I was at Haldern Pop Festival in Germany and we were on the tour bus. I remember I sat at the back, had a cup of tea and then Hugo came up with that idea and played it to me. I cried because it was just so beautiful. We changed that a bit and kept him singing on it because it was important to maintain that feeling.  It kind of feels like construction somehow.

I’d seen this terrible argument. You know that awful thing when you’re at a pub and everyone is trying very hard not to look at the thing that they all know they’re looking at if there is some drama going on? There really was and it kind of stuck with me. I don’t really know what is was about but I remember the feeling of it. I sort of built the story around that with this loop.

Part of what we tried to achieve was to be able to play everything live, so we would get people that played stuff that we couldn’t. Originally there was this vocal line for the intro, but now there’s this really nice trumpet solo. For some reason it always reminds me a bit of 80s Canary Wharf – that sort of construction. And it’s sort of the story of a commute and the differences between one and the other.

This is probably one of the first things that we wrote and I feel kind of bad for the song because it went through so many versions and eventually ended up how it started off. I hope it’s hopeful! We wanted to have a feeling of peace on it.

I’ve been to an exhibition of Wold War I portraits, propaganda and young men hitting off to war. I remember thinking it would be a good challenge for me to go home and trying to do my own piece of propaganda.

It’s really trying to break it down. We wanted to be as minimal as possible. During the recording I kind of ended up buying instruments to kind of trick my mind. That’s fun when you are bored of the writing. So I got stuff and I was playing all of this like terrible trumpet – just as a kind of relief. We also wanted to get better at picking, so that’s what you can hear: It’s me trying to pick guitar as well as Felix who’s been practicing and he’s really good at it.

We were hoping that this one would have a feeling of daybreak. The end of “Marks To Prove It” descends into evening and then into night-time and then there are all these different moods you might encounter at night. At the end of it you get daybreak and that’s why we called it “Dawn Chorus”. It hopefully has this feeling of sunrise and optimism. One of the guys played me “Marks To Prove It” and “Dawn Chorus” next to each other, and I think it’s great because it could almost be by a different band. There’s a real journey on the record and it’s probably very different from where you had imagined it going.