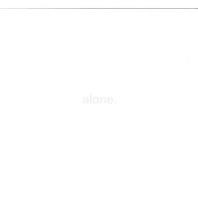 Martin was brought up mostly on classical composers such as Beethoven, Rachmaninov, Strauss, etc., and we have a great love for the way that music builds anticipation, provokes emotions, and blends the visual with the audial experience. We constantly try to capture all this when we compose these types of pieces. Whether it’s built around capturing our own human experience at the time, or simply from a cello piece, our focus is always on building a sense of unrest whilst also experiencing a sense of acceptance.

This was always going to be the first song on the album after the introduction. It has been in our repertiore for quite a while and we just knew that it would set the scene for what lay ahead. It was important to build the music in a way that blended feelings of vulnerability, starkness yet heavily powerful.

This song we had worked on quite a lot, and since it was first written, actually went through quite a few different incarnations. The basic structure of the song never changed that much, but it was very important to get the dynamics of the song correct so that the sentiment of the music and lyrics could be experienced by as broad a range of personalities as possible.

This song is held quite close to our hearts. It’s a strong mixture of guitar and vocal parts that we build all our songs from. Again, the lyrical sentiment of the song is something we can speak for the album as a whole, whilst not being singularly a way of defining the entire journey of the album. It’s very important to us that each song has its own voice for what the whole album speaks for.

This song was originally supposed to be titled „Hairline Fracture“ as one of us had a nasty bicycle accident around the time of its incarnation. It literally took three minutes to compose; involving Sacha, Martin and our former drummer, Anton, in a rehearsal room basing it around a guitar rhythm Sacha started playing. Martin was on bass, arrived at a groove that complemented it, and the song took off from there. The soundscape that follows it is titled „Anger Management“ which was written by our producer/engineer Robbie Rowlands.

PART OF YOUR NATURE

This song took a very long time to write. The lyrics took even longer. Funnily enough, it was the easiest and quickest song to mix, as it contains a lot of space. Once again it involved Martin and Sacha sharing guitar parts, complimentary melodies and dynamic exchanges. Lyrically we went to some fairly dark places to get what was required for this piece, which was hard, yet extremely rewarding. It was the first song we worked on with producer Alan Moulder, and was completed upon the first listen, or there abouts.

YOU NEED TO DIE

This is a song that came together quite easily after Sacha introduced it to Martin. It basically came to life once Martin found the lead guitar line to complement Sacha’s circular chord structure. The illusion is that the song is shifting and changing when it’s actually staying the same. The word „you“ in the song title is not necessarily directed to the outsider… or is it? Our cellist Michael Conolan laid down a beautiful bed of strings, which gives the song such warmth.
It originally wanted to sit in a similar ground as another song of ours; „hidden spaces“ – though couldn’t be further from it, perhaps.

TO BE YOUR LOSS

This is another song that began as a simple idea, yet kept gaining momentum the more Martin and Sacha worked on it. It is heavily based on dueling guitars and it came together for me, based on its understated qualities. When Sacha added the low harmony on the vocals, the song began to have more emotion and power. Although it was one of the more arduous songs to get correct in terms of guitar sounds, the journey that we went through to get this song right was quite indicative.

This began as a vocal melody that Sacha came up with while we were playing with some good friends of ours in Australia. As soon as we started harmonizing on the melody, we knew it was something we had to pursue and build upon. Occasionally, this has been our favourite piece of music, mainly because there is so much scope to build anticipation, space and emotion. It displays how barren music can leave both the artist and the listener – something we hold very dear to what we do.

This song was written shortly after we’d returned to Australia after two long years of touring and living in the USA and the UK. Once again, when we began to feel the song’s qualities, we knew we could translate it on record. I think we succeeded in our desire to start the song in a very delicate, vulnerable and emotional audial space; then build it up to have a sense of empowerment, then end in a barren place.

This was a song that we’d been playing live for quite a while before we began working on the record. We always had a feeling that it would be close to the end of the album. The strings which start this piece sets the tone. They were inspired while we were in the studio after listening to hungarian composer Gyorgy Ligeti.

I think this was one of the first songs we ever wrote. There are times when this song is our favourite on the album. In a perfect world, we could have started the record with this piece. The delicate nature of the vocals and the sparsity of the rhythm and slide guitar really exhibit our harmonies more than anything we’ve done before. The last hit of Martin’s guitar ends this song and album perfectly.