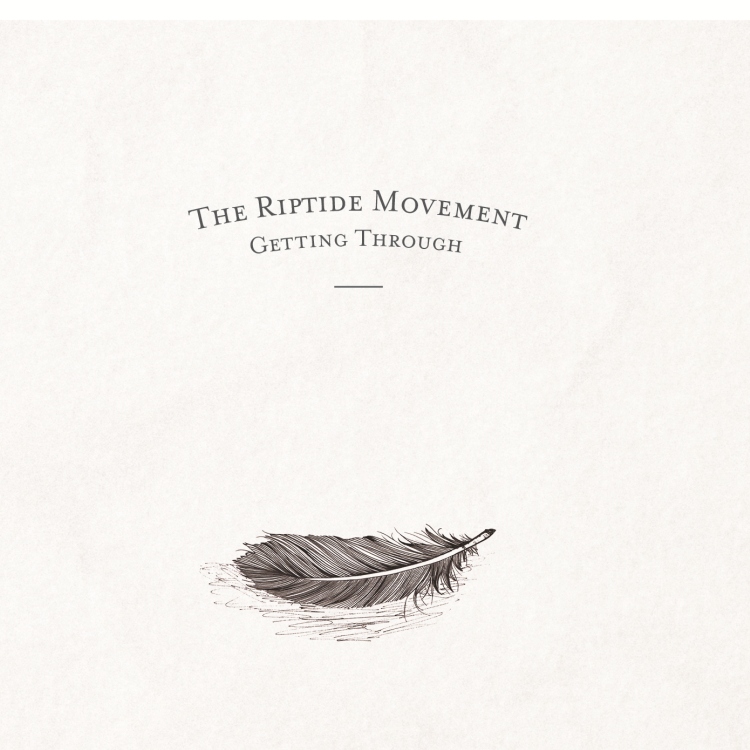 A lot of the songs on Getting Through were written in alternative guitar tunings.  It was a relatively new concept for us, as we always wrote on guitars in standard tunings.  We were enjoying the darker tones, jangling rhythms and big chords that alt tunings offer, so much so, that it really added to the song writing process.  We generally write our songs acoustically first off and then build it from there.  The golden rule for us is – no matter how good the songs sound on the Album – it must sound as good unplugged on an acoustic guitar.  At the outset two songs stood head and shoulders above the rest: „All Works Out“ and „Animal“.

That was written in Westport as one of the first songs for the album. We were messing around with a guitar dropped down to a C# tuning. Lyrically, it’s about keeping yourself and not let people take yourself away from it. You’re not gonna be anybody’s animal! People are trying to drag you down. The lyrics are quite melancholy but also hopeful. They ask questions but they give answers as well. We loved what the image of an animal represented. On one hand it could mean that you don’t wanna be a lapdog – a puppy on a leash – and on the other hand you also don’t wanna be the beast or the bad guy.  I guess everyone has to compromise somewhat in their lives, but by how much is the question? It’s a lot of fun to play live. We’ve opened with it a lot over the last few gigs and it’s one that gets everyone in straight away with the rhythm section and big horns.

HOW CAN I LET YOU GO

This one also started in Westport and really came alive in the studio. JP had a keyboard and started playing on it. We were like “Hey, just keep playing up!”. Then Ger had an A# chord and that’s how the song came up. Before we went to the studio, we all felt it was more of an idea and I don’t think any of us really thought it would make the album. The producer, Ted Hutt, he came over and he felt there was something special there. Now it’s JP’s and Gar’s favourite song on the album with that rhythm section and horns. There were nearly four different versions of that. Ted really pulled that together in the pre-production. It’s a one sided love affair where one person loves the other far more than the other loves them, and when the breakup inevitably comes the rejection can be difficult to bear.

Most of the song was written in Germany in December 2012 in Winterberg. We had our own basement where we practiced. The guitar riff came from a song that was called “Without You”. Very upbeat and lush and I think the bass line is one of Gerry’s best. This whole song kind of wrote itself. Again it’s about relationships. I love being in a band but it can be quite testing on relationships and that song is about that. We’ve had so many lovely messages from people who have said this song has got them through tough times – whether they were sick or someone died. It’s been also used on weddings. It’s open to everyone. For us this is what making music is all about. It makes it all worthwhile. I guess the cherry on top is that it has turned out to be our first hit record.  It was a massive song in Ireland last year, one of the most played songs on Irish radio and it was also used by the Irish Tourist Board for their TV and radio ads.

It’s one of the best songs to play live. It has so much energy and you can just rock it. The lyrics are really happy and quite fun as well. It’s barely one chord so you can just let loose and the solo is one of the best JP has ever done. It’s a song of youth, defiance and togetherness. „You don’t think that your shit don’t stink, the world don’t owe you anything, play the victim if you like but that won’t get you what you want„. „We get by you & I„.

Favourite track on the Album! It’s a song about the band and relationships as well. Years ago we’ve had a lot of ups and downs. It encapsulates the overall themes and messages on the album. It’s upbeat but it’s moody – it’s melancholy but it’s optimistic. „I can’t count all the storms we came through, I can’t count all the waves we cling too„. It’s perseverance when the chips are down: „It gets tough, but we’ll get through„. It’s about togetherness and it’s also a love song: „I can’t count all the love that you’ve shown, when I was down and so alone, but you came through like you always do„. The harmonies of the choir really add to the mood.

A song we love to play live.  It’s got a real upbeat rhythm, a great guitar riff and the horns are mega! The choir and harmonica give some vibrant textures and lyrically it’s a song that encapsulates the mood in Ireland at the time when our economy was in a dire state. It was a classic case of history repeating itself and yet another generation lost to emigration. You always have a boom and then there’s someone that mismanages the country.  We were like the posterboy: “Look what happens when you join the EU!”. Sure, it’s a big advantage when you can go wherever you want but it’s not when you can’t live and work in your own country. It’s great for people that wanna go but there’s a lot of people who had to go. I had an uncle who lived in Ireland with four kids and he had to go to Australia. There’s a lot of anger in all of us. We’ve all been affected by it. „Glór“ is a Gaelic word that translates to „voice“. The idea behind „Glór“ is that we haven’t forgotten them and that she’s calling her sons and daughters home. „Come home to me„. It’s not only a song – it’s a statement.

A nice country folk ballad.  It’s gotta lovely country guitar picking rhythm and a really cool drum pattern.  It’s another song like „How Can I Let You Go?“ that went through a big transition in the studio.  Again it touches on immigration, but it’s actually a tip of the hat to the great Irish poet and songwriter Percy French.  He wrote a song called the „Mountains of Mourne“ in 1896 that Don McClean does a version of.  Although this song is over 100 years old I feel it is as relevant today as it was in 1896.  Being in a band and being away a lot and the strains that this has on personal relationships connected me to the sentiment in this song.  When my Uncle, who runs the annual Percy French Festival in Roscommon, asked me to do a version of it, I felt that doing a straight up cover might not do it justice.  Instead I felt that writing a song that captured my interpretation of French’s song „Mountains of Mourne“ coupled with the sentiment of the song, directly related to my personal life and would be a better tribute.

That was written at Gerry’s house during the time of production.  Another folk/country ballad with a great drum pattern from Gar, nice guitars and some haunting harmonica by Gerry.  It’s positioned next to “Glór” and “Across The Water” for a reason.  Lyrically this song captures the frustrations of the generations that didn’t emigrate as opposed to the ones that did.  The drain of youth from a society and the void that leaves behind.  It’s the one that couldn’t get a job, the one who could never move on in life ‘cause they were trapped in some way.  It’s a story of addiction and the damage that does to families and their loved ones.

This one’s a pumper and the last song to be written for the album.  It’s a great guitar tune, has a great drum sound and is a lot of fun to play.  The lyrics are self-explanatory.   It’s an ode to the weekend and burning the candle at both ends.

It felt like the right song to finish the album with.  Again some lovely guitar picking by JP and the cello adds to the mood.  It’s melancholic and it’s about my home we lived in which was an old park ranger’s house in Lucan with a beautiful big Sycamore tree next to it.  It’s where I used to play as a kid. It had a swing on it and it’s where all us kids hung out.  The song is a juxtaposition between youth and adulthood and all that brings.