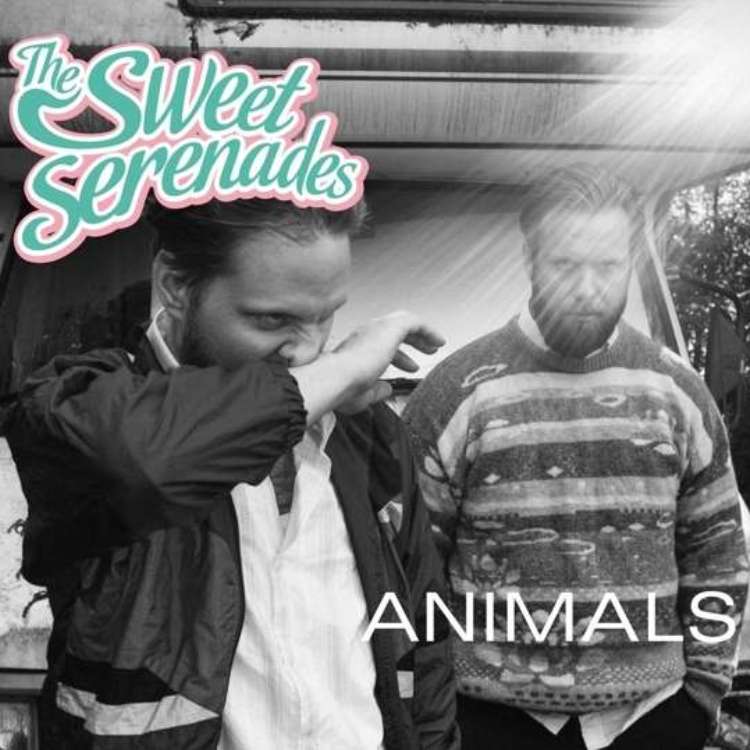 COME OUT AND PLAY

After struggling an evening in the studio with a whole bunch of crappy and embarrassing song ideas I took a short break. After the break I killed the previous useless darlings and this song came out in less than an hour. The vibe is mainly inspired by Roxy Musics ”More than this”. The lyrics is suppose to capture a fling, a crush, dealing with the question: should I stay or should I go? My favourite song on the album.

The first song I wrote for ”Animals”. The demo is recorded in my kitchen. It started with the jungle beat and grew from that. Very simple stuff: two chords and repetitive lyrics. ”Let’s runaway, drive all night, hand in hand, side by side”. Could be a tribute to Thelma and Louise or Bonnie and Clyde.

I saw the movie ”The Conjuring” and heard a song I decided to check up. Turned out it was a band called ”Dead Mans Bones”. I googled them and found out the singer is Ryan Gosling. For real?! Ryan Gosling is a brilliant actor, got the looks of a model and now it turns out he also sings. Some people just got it all. I stole the concept with a catchy organ, a scary ghost vibe and it turned out pretty good. The demo version included a sampling from an exorcism I found on the dark side of the internet. Didn’t have the nerves to keep it though.

This one is more about the words than the music. Being honest and risking it all. The baritone guitar plays a big part, wanted it to have a Joy Division-vibe. Planned to have ”Ready for war” as album title but it sounded too aggressive. The Sweet Serenades is not an aggressive band. We are nice.

WHEN THE MAN CALLS

Once I had a boss whipping me so hard I had blood coming out of every body opening. The music got a nice D.A.F.-vibe. I love the riff in this one, octave based with a cool rhythm. Feels like I’ve written it before and I’d gladly write it again.

Still don’t know if I think this song is ok or if I hate it. One of those songs that took forever to write and produce. We were tying different tempos, choruses, verses etc. This is the final version. Nelly Furtados old hit ”Maneater” was a great inspiration.

TOO LATE TO DANCE

The duett! All our LPs contains a duett with the brilliant Karolina Komstedt from Club 8. I love her voice and personality. A song about moving on. We had this song on the EP ”Stand by Me” 2013 but I wanted to give it another chance. Mixing it differently, changing the lyrics a tiny bit and of course – add Karolinas voice to it.

”Can you hear me, hear me, oh can you hear me?” I whispered this into the recording device into my phone one morning on my way to work. People looked strangely at me. Don’t know if it was worth it. I like the atmosphere of the song. It’s about a relationship fading away. Drowning in the echoes of the glory days. The chord progression keeps repeating and the guitar figure is the same all through the song. I like that. Easy to remember. I think I was influenced by Tegan and Sara that short period.

The title track. It felt most appropriate. For two reasons: 1. Being an indie artist means you live like an animal. You work like a dog: being broke, going on tour, sleeping on couches, skip showering and so on. 2. The song ”Animals” is the only song that really means something besides dealing with ego-emotions. Sweden and other parts of Europe have developed an inhuman climate saying that we should close the borders and not help the ones in need. If we stop helping each other we might as well be animals. Or maybe dinosaurs. Dinosaurs is a strange word for pop lyrics though. I wrote the chorus first – maybe should sell it to Swedish House Mafia for their next reunion.

This is the perfect love song. In a perfect world it will be sung by the brides and grooms on all wedding ceremonies the coming years. When I get married I will sing it to my bride. Shamelessly. The song is re-used: We had it on the EP „Stand by Me” 2013. But this new version is mixed differently and the vocals are new. Also, I’ve heard that the title has been used by other songwriters.