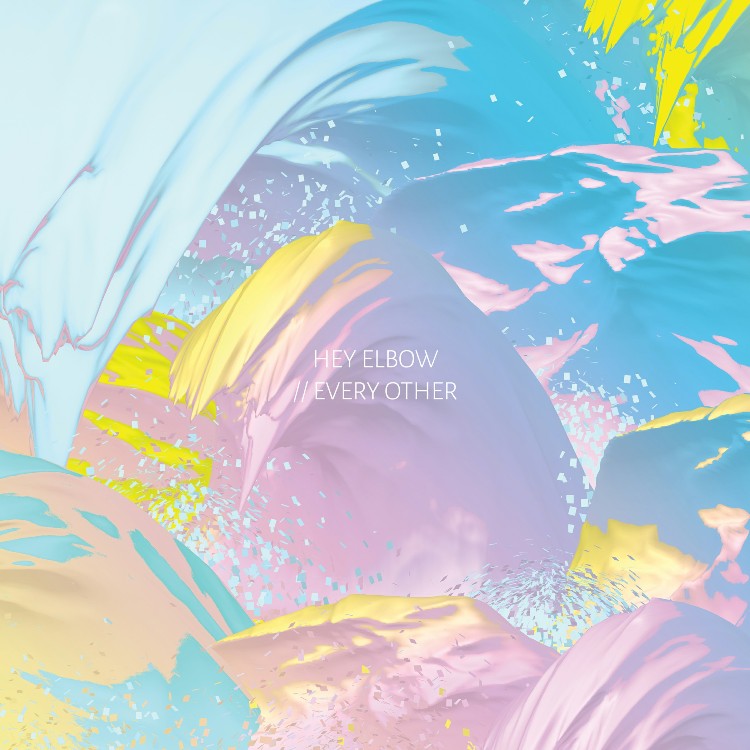 This song was built on the drum – groove based on two different types of rhythm. One a little bit faster than the other one.  When you listen to the track you can hear that the bass is following one of them and then the and guitar part follows the other. It’s creating an interesting groove that explodes in the chorus. The song came up pretty quickly after playing it. It just took us about an hour – from the first idea  to the version ob the album.

”Rael” is one of the last songs recorded fo the album. We wanted to have a faster and harder one in contrast to the slower songs of the album. It’s Hey Elbow at its core. Flugelhorn, guitar, vocals and drums in your face.

One of the first songs we wrote together. We started with the bass just repeating itself. Dark, low bass. Drums, vocals and the rest of the instruments on the top of that.  ”Blanca” is slow. ”Blanca” takes time. Our first single and always a special part of our live shows.

Also an ”early” song. Its build on a mbira-loop. Julia plays her mothers mbira from Zimbabwe. The instrument is lika a large african finger piano. The most common name for it is kalimba. We added a choir (some friends came to the studio).  The second part is instrumental and has a flugelhorn solo. It ends with Julias vocals and guitar – solo, saying farewell.

The darkest track on the album. The song took shape in the studio and probably it’s the only one we took to the studio with open/scetchy idea. Due to form difficulties we never play this song live,  but it fits beautifully in the middle of the album. The horns are amazing.

On “Ruth” we started with the background vocal as a loop and built the song on that. The percussion is something we didn’t want to clash with loop, so it’s kind of in between, a call-and-response that worked out really nice.

We wrote this one on the arpeggio in the intro and the choruses. Problably the most conventional pop song form on the album. Lots of funny sounds.

Alice came out of a ”loop mistake”. The song is a odd time signature 7/8 epic. It came up in a reheasal space when sounds had leaked in to a mic that was recording a loop. The slightly groove from the remaining loop inspired us to keep playing and ”Alice” was born. Incredible vocal performance by Julia in the studio on this one.

We wanted a beatuliful and simple song without any puls and this what was coming up. We recorded it live in studio one hot summer day.