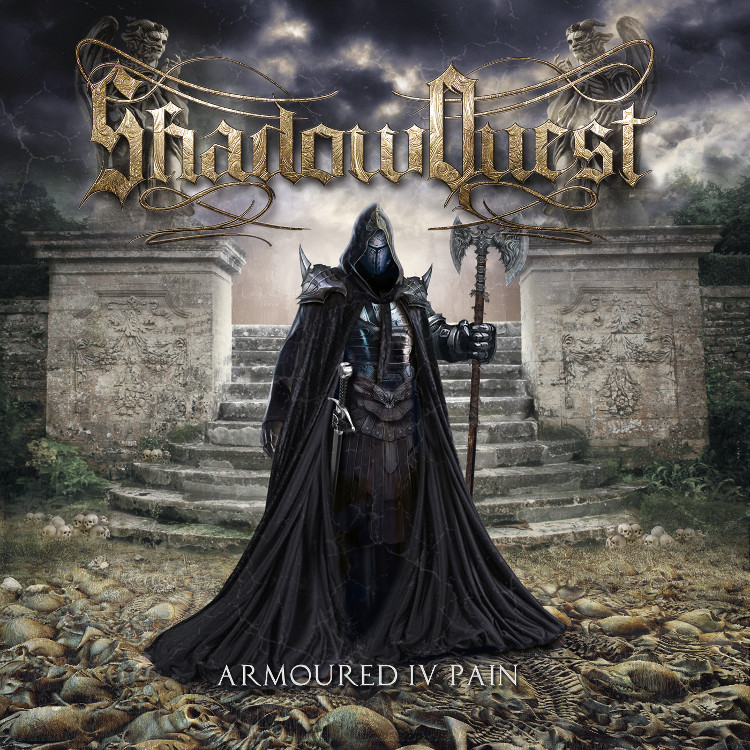 BLOOD OF THE PURE

Blood of the pure… This was the first song I heard with Patrik’s singing, and it completely blew me away. I had heard him sing before, but never like this. I was so happy!! The song is about a man who has done terrible things in his life. Now he’s paying for his sins by trying to be there to help others who are in need.

This is the song of a person who faced really bad times. She was hurt badly, inside. Not until she found herself in the situation to help another being, she could lift herself up and live again. Last Farewell is our mega power ballad. I wrote the lyrics during a really sensitive phase of my life, and those feelings come back to me when I listen to it, every time… Recording the strings to the chorus gave me intense goose bumps.

In the band we usually say that Live Again is our „Anima Mundi II“, but for me, this song also goes hand in hand with that Dionysus song. The lyrics is a direct continuation of the happenings I wrote about in Anima Mundi. I am so glad these words, these thoughts of mine, finally found a worthy song. It tells the story about the apocalyptic rebirth of the world. It is a catastrophic vision, a cosmic collapse brought forward by climate change and humanity’s destruction of the world.

Anima Mundi, part II. Same same, but different… This song is dedicated to Timo Tolkki, that is a close friend of Ronny’s. He offered his time and words to Ronny during a really bad time, and… well, this song is for him. You can hear both Stratovarius and Dionysus in it. The lyrics are about a neat trick that everyone should learn. The ability to, even though life is shit, look beyond the horizon. Sometimes you don’t see the forest for all the trees… This song is about the salvation ahead of you if you just lift your head and look… beyond.

Pure, simple, raw POWER METAL!! Here is the chorus: „Can you hear the cry in the night, We all crave magic and might, And we pray that we will be one, In the land of the midnight sun.“ It is our hymn to the northern countries that we live in. The lands of the midnight sun! (But I still greatly hate the cold, I do. I do, I do, I doooo!!!)

REACH BEYOND THE DREAM

The only way to reach your dreams, or beyond, is to follow your own heart. About giving all that you possibly can to achieve your goals. This song is about that. So many people spend their full time and entire lives in the spirals of commercial life, sacrificing their dreams and hopes. We do not. Do you?

Our bulldozer song. Inspired by the taking of Ohama Bay during the second World War, it tries to depict the madness of the event. We actually broke one guitar and some other stuff during the mayhem of the guitar recordings of this song. Really awesome memories!

Some reviewer wrote, about this song, that Fire does not rhyme with Desire… That is true if thyme does not rhyme with rhyme! …rant over… This is the most adventurous song on the album, and the lyrics was a really pain in the ass to write!! I wanted to describe so much, but, even though it’s a lot of lyrics, the song was far too short. It explores the feeling of being stabbed in the back by those you thought were friends. It also images the horror of losing your beloved one, and the strength, will and courage it takes to continue living. To never ever give in.

Epic. This has by far the most epic prechorus of all our songs. Ronny came to me with this song idea when I was totally lost in Hellraiser and other cult horror movies. Totally awesome timing, that resulted in this song. This, and Live Again, are the songs I totally crave to play live on every gig!!

We wanted a solemn but still heavy ending to our album. The main theme of this song is to return to your roots. A song of longing, with a few additions of nordic mythology. During the soloing of this song, Peter was God. Powerful Thor, with his pitch black guitar of lightning… We even built a little podium for him, especially for this song, where he stood during the recordings.