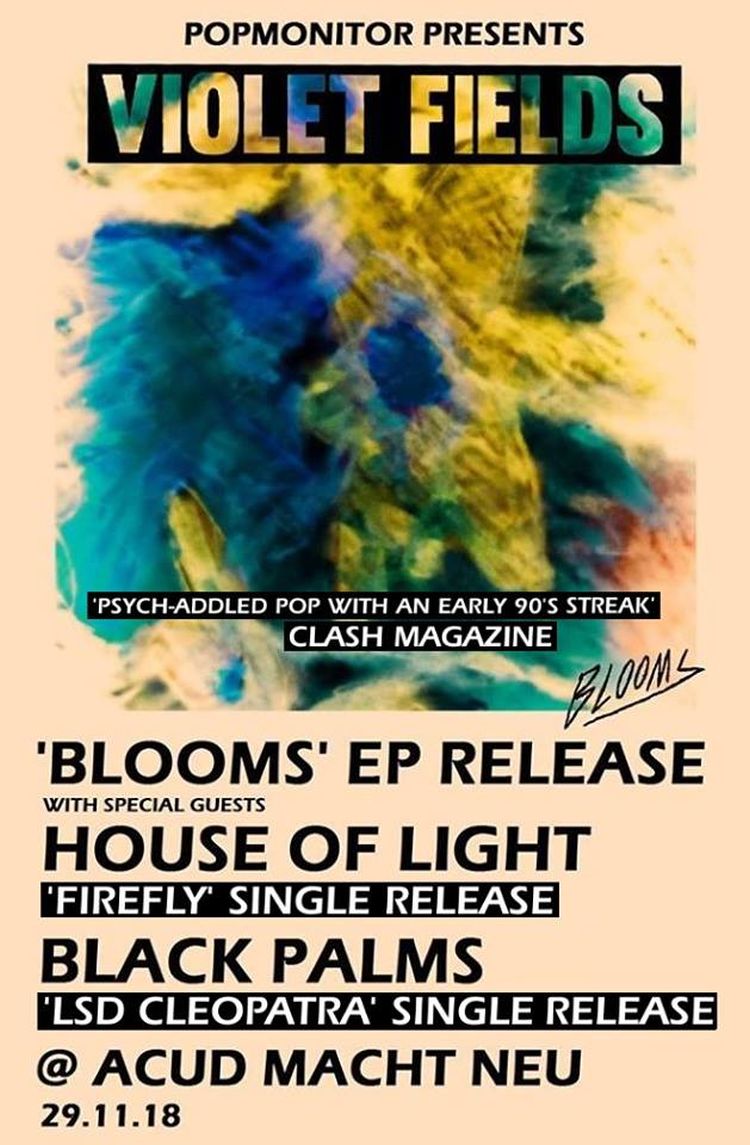 VIOLET FIELDS recently released their debut EP single „Memories“ with Clash Magazine in the UK. The four-piece pysch rock outfit are primed to release thier debut EP „Blooms“ at Acud Macht Neu Thursday November 29th. The band will be touring „Blooms“ all throughout the UK from mid November with a x6 date EP release tour with UK band Sisteray. This Berlin home town show will be the big finale show of the band’s tour.

Violet Fields are a four-piece outfit based in Berlin. Drawing a wide array of influences from groups such as The Stones Roses, Adorable and The Charlatans to Gang Of Four, The Smiths and The Doors. The band has supported various international artists from Carl Barat and the Jackals, DMAs, Magic Wands, Quilt, Tomorrows Tulips, Strange Bones and many more.

… are based in Berlin. Original members come from Australia with roots in new wave, 80s and psychedelic music, they have been comapared to groups as varied as Joy Division, Nick Cave, Radiohead, the Doors and Sonic Youth.