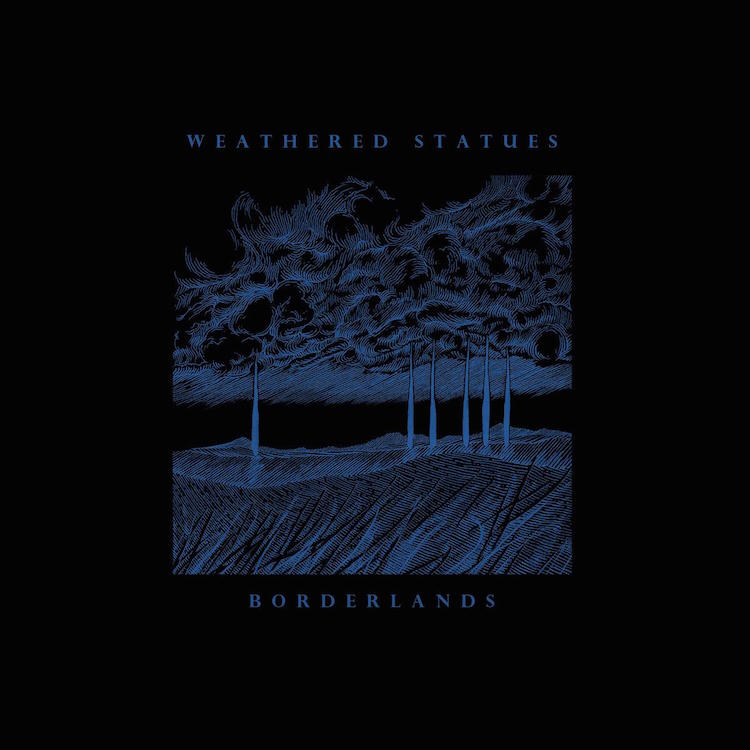 Bryan wrote the music for this song — its probably the most „pop“ sounding track on the album, which is funny because Bryan’s mostly played in punk and hardcore bands before this.  I got the idea for the title from a show I once saw about a strange blue mold that grows on dead bodies in the right conditions, but the actual lyrics are borrowed from an old folk poem I found, author unknown.

Oceans make me anxious, especially in the dark.  Something about the force behind them and the fact that there’s nothing to be done if a giant tsunami decides to strike…  I believe Jason came up with the basic structure of this one, and we all of course layered on top of it.

I once read this book in which one of the characters suffers from debilitating migraines, and I loved the description of her pain – as an inky, black cat prowling through her brain.  I already have a song about headaches in another band however, so I decided to put this imagery to different use.  Once again Jason’s responsible for the riffs.  I was hoping for maybe a little hint of Killing Joke crossed with Xmal Deutschland perhaps?

This was my favorite song to write, as far as lyrics are concerned.  I’ve lived at the foot of the Rocky Mountains all my life and first heard the tale of the Fiddler of Silver Plume as a child.  Accounts differ, but the story goes that a young man came from England to find his fortune and strike it rich.  He lived in his tiny cabin overlooking the town in the valley below and played his fiddle every evening.  One night, he played extra long and sorrowfully, then shot himself.  He had dug himself a grave out of the rock and was found lying in it.  Some say he was jilted at the altar, others say it was murder…

This song is our most mellow and Cure-like, care of Jason.  I think a dream-like theme suits it just fine.

Aka Madame Dimanche – a reclusive woman (or so I imagined) who lived in Paris in the late 19th century who had a cutaneous horn growing from her forehead.  There is a wax model of her head at the Mütter Museum and she has a lovely smile.  This song always intimidates me because it starts out with just Andrew and me.

Yes, this is a song about catacombs.  What strikes me about them though is how full of life they can be — be it moss growing under the emergency lighting or the occasional spider.  I find them peaceful.

Another idea from a book I read – this time about a little girl who learns to cast spells using her rock and roll records and her grandmother’s record player.  I hope it also serves a little as an homage to Skeletal Family.

When I was in high school, a 13 year old girl from my town was abducted from her home while babysitting her little brother.  I remember the posters on every door of every shop and how they started to fade and tear.  Her bones were found by a hiker 2 years later up in the foothills.  She was murdered by her neighbor.  I’ve never forgotten her.

Pretty straight forward song about religious hypocrisy, not exactly the most original idea for lyrics!  In my head I sound like Siouxsie, but that’s just because she is my hero – or heroine?