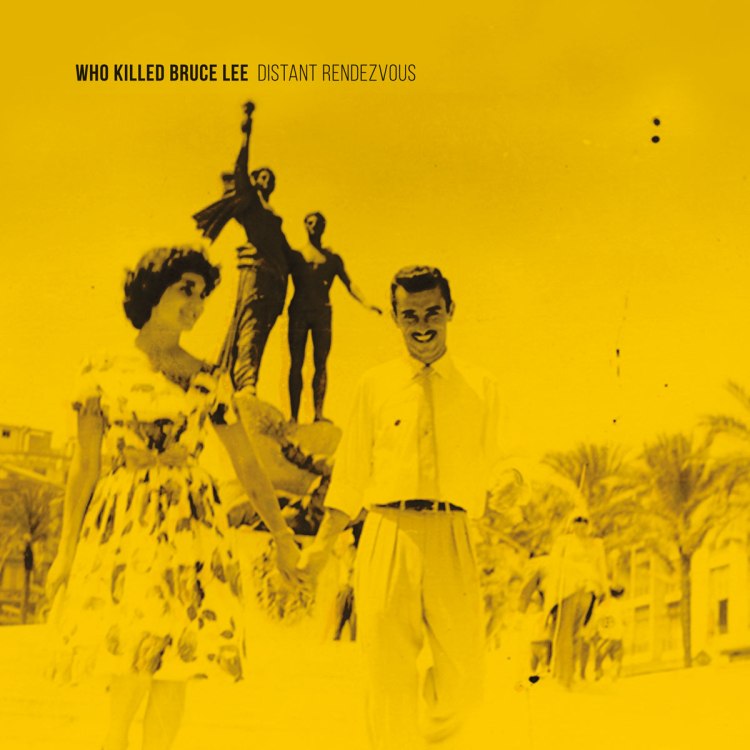 Well, a long time ago, I had a weird love triangle that didn’t end so well, and took so much of energy from me. It just went on to show that the more you want and lust for the less you would end up having. A weird lesson about greed from women I loved. And when we came together to record it, the band and our producer Victor thought hard of how to deconstruct the song and give it more flow and more life from the original version we had already recorded in Beirut.

ENEMY AT THE LINE

The track was two different tracks that we combined as a band in order to form “Enemy at the Line”. They were two tracks, one lacking a chorus and the other lacking a good verse, and it was so evident to us that they are of the same energy and had to be combined into one! We got the chance to play this track with the full Lebanese Symphony Orchestra in the middle of Martyr Square in Beirut. The feeling was indescribable. A statement that art goes beyond politics, and transcends all of that clutter.

We had a riff that we were playing on and on. It felt grand and heavy, and we would go into an infinite loop of playing it trying to find a way out. I had written some lyrics that personified the devil into a seductive and elusive woman. But it also personified what we were feeling about Beirut, and all the things that were going wrong with our city, and that ever so haunting feeling, that going back to our golden ages, to when Lebanon was called the Switzerland of the east, was a Distant Rendezvous. So much agony and so much love in one track.

This track was a track we loved playing but it lacked the hook that we were searching for and the edge that would just make this track memorable, and make us love it even more. When we arrived to Berlin, the influence of Victor, our producer, on us was phenomenal, and put us in the state of mind where we found our hook and loved it. We also found a drum in the chorus resembling a marching band in a funeral. We put it on the track and it worked like a charm. Now it felt like the song took another form of life. It also talks about a very deep addiction and the light at the end of the tunnel that we all shout out for in the depth of our nights in order to break free from that addiction. We are all born addicted.

LET ME KNOW YOU`RE MINE

This song is about free, animalistic raw sex. Nothing else. Just the instinctive state we sometimes get into with our lover, wanting to consume them in every way. We had this massive riff with a synth melody over it that fought it in a way and complimented its flow in another. Victor knew what to do with it and how to make it sound seamless. And the chorus makes you feel like you’re in a church in Beirut with the monks chanting in the background.

An intense loving and destructive relationship inspired the lyrics. I wrote this track for my solemate because with her I reached my lowest low and my highest high, and i attribute most of my lyrical inspiration from that rocky relationship we had. It was just an acoustic track before Hassib came up with this massive orchestral riff that made the song what it is today. Toby Neumann also worked on adding some modular synth sounds to the track when we met at Riverside studios where we were recording. Actually Berlin had a big influence on this album and on all the tracks coming about.

At the time of unrest that Beirut was living while we were in Berlin recording our album. We were in Germany but our hearts were in Beirut and all the riots that were breaking out. So this Track was already in the works, but the lyrics took final shape as we sat in Kreuzberg thinking about our lovely city. We had released a cover for a historically acclaims Algerian artist Warda, and we were experimenting at that time with oriental moods. So this track is really so many eras and different feels coming together to form one entity.

Malek came up with this sick beat with Paco hitting the bass right where it should be, I laid down the lyrics on the track, Hassib did his magic, and Malek was being a monkey on the mic like usual and came up with the rhythm for the vocals in the chorus. And coming to berlin, the electronic scene had a huge influence on this track! We bought some analog synths and experimented a lot, and that influence took its toll on conditioning the track’s life.

Pool Party is a track that we wrote at the time of the rise of the indie scene in Lebanon. It is the track that put us on the map in Lebanon and it was playing in our clubs and people were dancing to it like crazy. That was the first taste of “shit… people actually enjoy our music!” and we wanted to include it in our Album but kind of outgrew it, so we rewrote it 4 years later and it was a ray of dancing sunshine! We love the new Pool party and 4 years later, we are still dancing to it.

Young love is a very special song and changed so much from the day we wrote it till the day we recorded it in Berlin. Young love is about us hitting our late 20s and how the young generation started to really interest us, in there overly rated freedom, and their lust for life that was at its peak! Suddenly we were getting inspired by these young girls and wrote young love when we were in that state. Maybe wanting to remember how we were one we car of age.

45 Hustlers is a dream. About breaking the system. No other word can be said about this track. Paco came up with this insane bass-line and everything kind of wrapped around it. That bass-line was a statement and every other layer that stuck to it had to be as powerful or else it would fail. It’s a punch to the face.