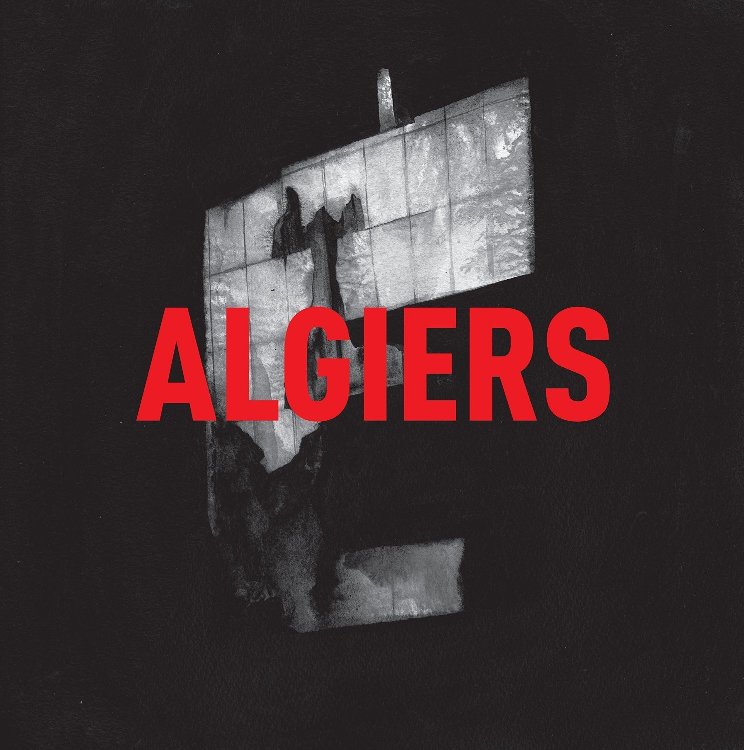 Our whole band is born out of alienation and dislocation from where we grew up. Especially from the European perspective there’s a lot of romanticism about America but it can be quite discomforting and a horrible place in terms of violence and racism. This band is like an intervention into pop music and US politics. Also religion is a big issue within this band because we all got different experiences with it. There is Franklin and for him the church plays a big role. It also did for the civil rights movement. Ryan and I feel much more disconnected with religion but gospel points to some kind of hope we like. We all grew up with protest music. There was always a fascination for gospel, punk and rock ‘n’ roll and I think “Remains” especially is about the collective spirit of gospel music. It was one of the first things that Ryan and Franklin wrote together. When we went to record it last year in London, it ultimately became one of the ideas that had to be on the album.

That’s an interesting one! All of our influences within the band are quite different. We all felt like we had to escape and run away from Atlanta and we all studied somewhere else. Franklin was in France and Ryan and I lived in London. Now Franklin is in New York and I moved from Atlanta to London. The environment and geography shapes us and definitely plays a huge role for how we make music. “Claudette” was one of the first songs for which we all came together and we worked on that one collectively. I wrote most of the song structure and the lead part. For me it’s just one of these permanent dystopia ideas with a lot of sixties influences.

AND WHEN YOU FALL

A lot of that was written in London.  It draws parallels with a lot of gospel music and Coldplay. It’s a gospel beat done on a drum machine and there’s a lot of overlap and crossover between gospel, post punk rhythms and different things that sometimes aren’t clear to some people but really obvious to us.

That’s a very important song for us because it’s exemplary for everything we tried to do. Even with the video. Visuals do play a very large role in a lot of what we are doing. This song is almost like the DNA of our band.

Also an interesting one and really fun to play live. It evokes some kind of communal gospel atmosphere. When you are playing it live, it doesn’t feel like a band playing in front of people but rather like growing together and trying to achieve something.

Thematically, that song is a commentary on pop culture and kind of an intervention into impropriation. In summer we made a video and went to Bulgaria. The countryside has castles and is mixed with a lot of emotions, utopian ideas and lost future in terms of former Yugoslavia. We ended up travelling across the country and filmed the video and then there was a mountain in the middle of the countryside which inspired us a lot. A really incredible place but also like haunted. That was a song that Ryan and Franklyn wrote and I added some weird percussions.

AND SHE WAS NOT FLYING

That one kind of came together in the studio and the song structure is really interesting. Franklin had this almost traditional gospel thing that was kind of pointing towards redemption. We covered it with noise and in the middle there’s this commentary about the social landscape.

There are different issue and themes in that one. Franklin wrote it from a particular perspective that I think was him being a young black man growing up on the countryside and his experience of racism. It’s a combination of post punk furor and a communal feeling of gospel.

That’s a song that Ryan wrote and then Franklin turned it into something different. We all write individually and have a very personal impact to all of it and then we work together on stuff and it turns into something new. That’s what happened with this one.

It’s a quite dark song and then it ends with this kind of hopeful part. There’s something optimistic about it which I really like.

That’s actually a section from “In Parallax”. We separated it but originally it was one track. There is this dark, weird, crazy kind of call and response gospel which didn’t fit with “In Parallax”. And then there’s this loop section that kind of continuous. That’s some sort of open end for a hopeful future.