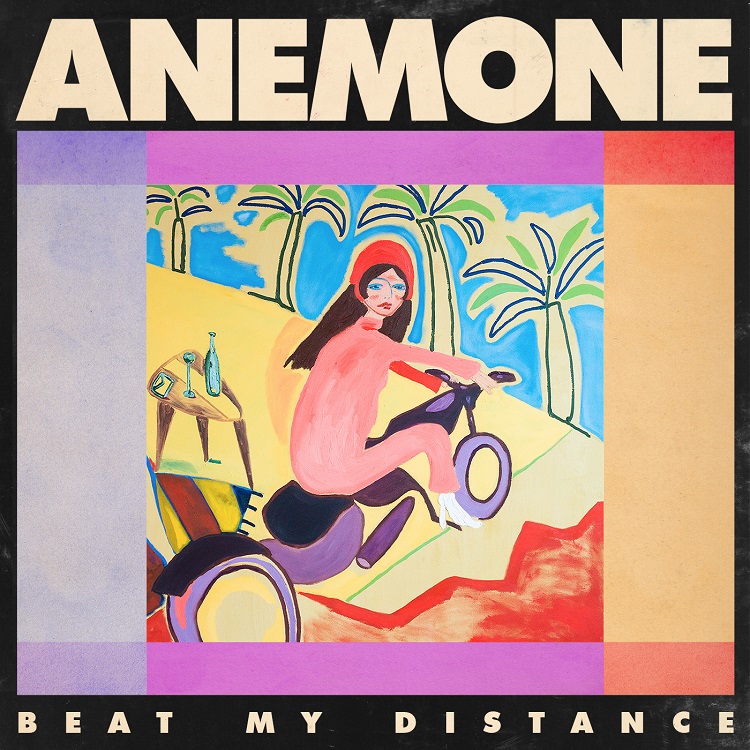 This is the first song I wrote after finding the synth that is now my main love.

When I think of Daffodils now, I only think of the music video I made for it – I convinced the guys in my band to wake up at 6 AM to go to a beautiful desert and it ended up being one of the best trips we’ve done in life. That feeling of walking in an endless land of sand, where you can’t see the start or the end or any edges for that matter, is huge. I feel so lucky I got to experience that, and film it.

I would loop the outro of this song forever.

So where I live in Quebec, we have a 4 months period of winter, filled with snow and very cold days. Christmas happens during that time. You have to wear a million layers and very warm winter clothes. In 2015, it didn’t snow on Christmas, and it was so fucking weird. It was sunny, we were wearing t-shirts outside – to be honest it was scary. The morning of the 26th, I sat down on the stairs outside my apartment, in the full sun on a winter day, and wrote ‚Sunshine‘.

When I got my first synth, in 2015, I spent all nights playing at the window of my bedroom. Playing melodies over and over, drinking wine, writing, going through a rough time, trying to process everything that was happening in my life. Vanilla came out of one of these nights.

A weekend at the park with my best friend and a bad boy.

The album’s segue is actually a part I had written for ‘’She’s The One’’ originally – it was supposed to be a bridge. I decided to give it a life of its own.

I love an organ with a broken volume pedal. I’ve had the ‘’chance’’ to play on some a lot for some reason, and they are so fucking loud and amazing. My friends in LA had been rehearsing in a basement where I was staying, and I was jealous the whole time because damn I wanted to jam too. I finally got my opportunity, I sat at this organ for a full day, playing the same melodies over and over – there you got it: ‚Endless Dive‘ was born.

I was visiting L.A. again, visiting a lover who had invited me – who ended up ignoring me pretty much the whole time I was there ( he ended up being a real bad person ). A few songs of the record are on this somewhat traumatizing summer; I won’t go in details but: I was waiting for this person to come back from work at this artist space we were staying at. I didn’t own a key so I couldn’t leave or else I would be stranded outside … yeah, pretty shitty. It lasted hours. I was sitting by the window, sunbathing, being so bored, upset, writing … until I started lurking around
the apartment and found a guitar missing 2 strings. It was an electric fender, no amp or speaker. I can’t believe I ended up finding some computer speakers, a jack and an adapter. That’s when I wrote Only You, the first song off the record, in 2015.