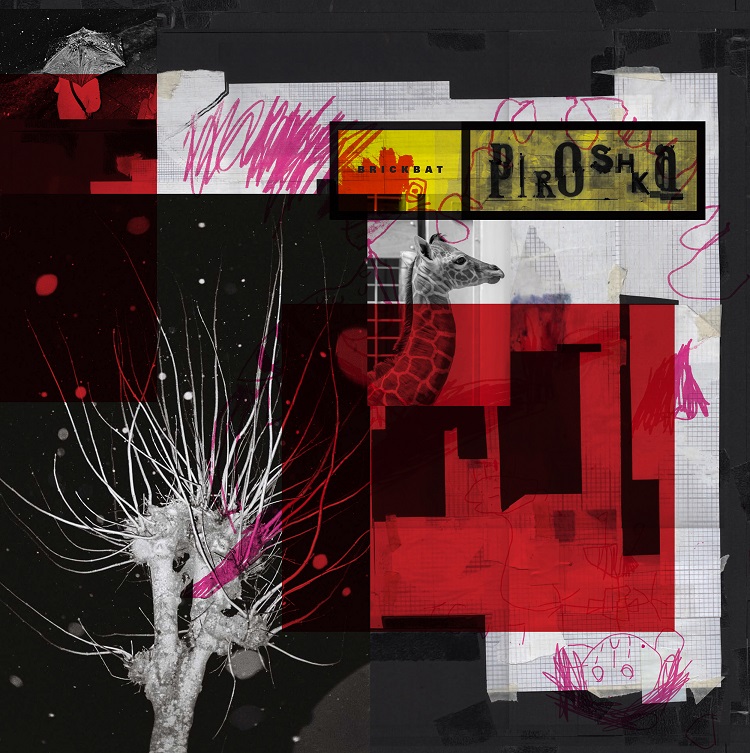 THIS MUST BE BEDLAM

We played this the other night at a live-streaming gig. I get really stressed when I’m told not to swear – it’s like a trigger for Tourettes – and there’s a ‘shits’ and a ‘fuck’ in the lyrics that I had to replace with ‘haters’ and ‘hell’. In the break between songs, I explained that it’s a lyric about Brexit that kind of works whichever way you voted and as I was rambling on a guy at the back bellowed “FUCK BREXIT!” so loud that it pretty much broke the ice.

VILLAGE OF THE DAMNED

This is very much a Moose song – his chords, his lyrics, his style. I think Mick and Moose have a more subtle musical closeness that sometimes Justin and me – being more punky pop kids – struggle to keep up with, but suddenly we get it and it really works. We were rehearsing in West London, prepping for recording this song, and while we were outside having a cigarette break a band from another rehearsal room filed out of the door (Richard Strange rehearsing for an imminent show) and lo and behold there was my old mate Terry Edwards, multi-instrumentalist to the stars, so I nabbed him quick and he came and played some GORGEOUS trumpet on this track (also on Everlastingly Yours). Our entire album has been full of fortuitous opportunities.

This was a really early Piroshka track – literally the first thing Justin sent me was a 4/4, 2/4 drum track inspired by Simple Minds opening track In Trance As Mission from Sons and Fascination – and at the time I was struggling to get a sense of what we were about. I rewrote the lyrics to this three times. THREE fucking times. But I love the evolution of it – how it’s ended up energetic and punky and a bit off-kilter. A bit like Bedlam’s “I win, you lose”, I feel a lot of the current political dialogue can be reduced to the level of scrapping children’s playground taunts.

Blame and shame – it’s the modern scourge, isn’t it? I only recently discovered that ‘victim complex’ is a thing, and boy is it fucking hard work. And the more I find myself blaming someone else for something done to me, the more I feel the weight of my own responsibility in creating a bad situation. This track is really tricky to play because I couldn’t make up my mind about whether to use major or minor chords. So it keeps shifting. But I rather love that now.

We started recording this album in chunks – our first session, we booked into a studio and did 4 songs in 4 days – 11am til midnight. Our friend Ben Allen was in the studio with us and he had this little unit called a teenage engineering op1 which we used on this track – everyone was dancing in the control room – and when I added the backing vocal, Mick was calling it our “take me home” chorus. Honestly, this album has only just been released and I have the BEST memories.

HATED BY THE POWERS THAT BE

And let’s face it, we are, aren’t we? Which is why it’s so important to recognise the people who really are on your side and not alienate them. Getting our album released on Bella Union has been a complete joy – it’s done wonders for us to have a label that’s enthusiastic and positive where the starting point is just loving the music and all the business bollocks comes after. Simon Raymonde suggested Paul Gregory to mix Brickbat, so we started communicating by email and this was the first track he mixed. We were nervous, because it’s a big step – for someone to ‘get’ your music. It’s so easily misunderstood and diminished at every stage. But Paul was perfect – positive and up for it and wanting to communicate and share the energy. And I still haven’t met him!

RUN FOR YOUR LIFE

This song more than any other – for me – shows the value of collaborative effort. I wrote the bulk of the structure but it just didn’t work – kept sagging in the wrong places and I’d all but given up on it, but everyone just piled in an rescued it – amazing. That’s a whole new experience for me. Having recorded the album, we quickly realised that trying to perform it without the many backing vocals and keyboard parts we’d added would feel a bit… disappointing. So we’ve hijacked Mew Welch (married to Justin and also in Elastica) and Sukie Smith (woman of many talents who has her own band, Madam). This track in particular comes alive when those elements are added.

I never thought I’d be a parent when I was growing up. So it was a surprise to me how much I enjoyed pregnancy when it happened. Well – let me correct myself a minute – in some ways it was exactly the trap I suspected. Strangers suddenly feel they can manhandle you – tell you what you should and shouldn’t be doing, feel your bump uninvited. One partner of one of my friends actually squeezed my fucking tits once and said “These are new”. I still regret not punching him in the fucking face but I was actually too shocked to respond. But having a baby moving and growing inside me – I genuinely loved it. My kids are now independent beings, and will soon be leaving the nest to make lives of their own. I certainly wouldn’t want to clip their wings and keep them to myself, but the visceral physical closeness of that experience is a precious memory.

Every track on this album is collaborative, but some tracks are more one person’s, and this one is definitely Moose’s. It took me ages to get my head around how this track works – it’s so bloody ODD. The vocal comes in in the weirdest place and the chord sequence goes round 5 times not 4 – I mean, what the fuck? It’s the beauty of writing music with someone – you get to experience a whole other side to their personality and perspective. Writing lyrics in your 50s is a very different experience, and not particularly well trodden. While this song is about being trapped in institutions – marriage, religion – there’s also the fact that at our age, it’s common for many of us to be losing our parents. You may feel like you were done with the whole parent thing in your 20s, but it really comes back to bite you in later life.

Moose and I have been a couple for 20+ years and I’m only now discovering the musician that he is – how he fiddles about with sounds and chords and slowly, experimentally strikes on something that resonates with him. When Piroshka was in its formative stages, Moose was the only one of us who hadn’t performed or recorded recently. This was the first song I remember him adding to, tentatively, finding his feet again. And it was great because it instantly changed the whole vibe of the song and sent it in a different direction.