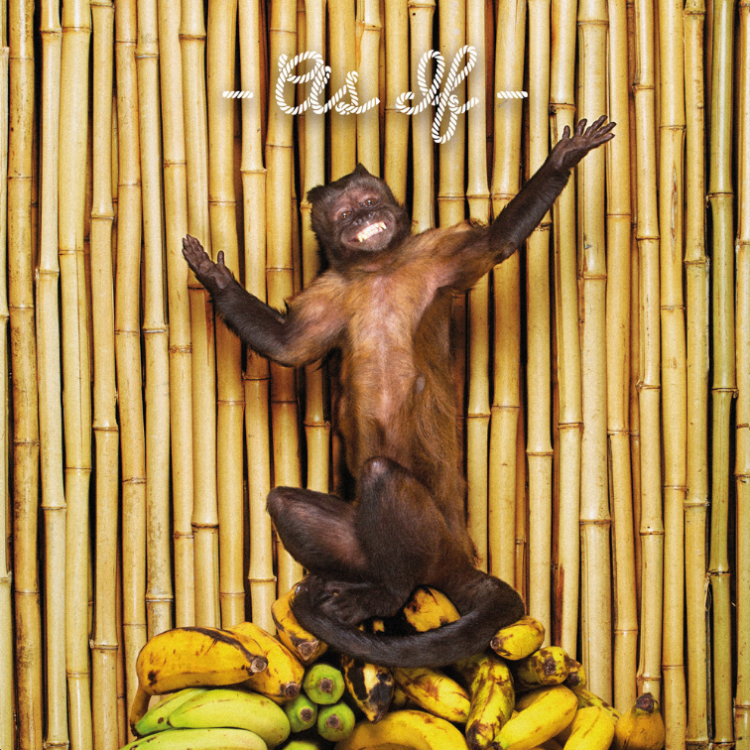 If you made six records, you need to see things from a different perspective – and that’s what happend with this one. It was just a challenge. We were always interested in contemporary club music, but we also felt that everyone wants us to make a record that’s a little punk. We’re not interested in punk anymore, so we connected early 90s house music, Dance Mania, Diana Ross and Motown to it. Our friends had to vote on the tracks and they decided which ones will be on the record.

This one actually was a jam with the group. When we were playing it we had this 80s groove. It felt soulful and cool, but then we started messing with it and it turned out to be a club and Funkadelic song. Singing about The Beatles and Van Halen just felt silly, but it really amused us. I like the track because I can’t imagine what other band would make it.

Raphael had been listening to R&B a cappella and he started messing with that Erykah Badu sample. He gave it to me and I was like: This sounds great! I went outside, I saw the moon and I just went back inside and wrote the track.

We’ve always loved Motown and there’s this moment in the 80s when a lot of groups like Human League were trying to write Motown inspired tracks, so it was like: Why don’t we try a Motown one? It was just fun!

We were trying to imitate one of these house tracks that lets the kick drum slam and thought: We don’t have to sample a disco group ‘cause we can do this ourselves. It felt wrong coming from a male perspective so I chose the female. We hired some gospel singers. It was two ladies and there was one note that none of us could hit, so one of the husbands came in and did that. He’s the guy in the middle of the video.

We had a pretty basic song with the chords and the lyrics and it felt a bit 80s. It was a good song, but we didn’t want to have something so 80s sounding. We were listening to this house song from the 90s and that one felt fresh, so we were like: Can we throw this underneath it? It’s like we could change our hairstyle and we could be totally different people. That’s what happened to the track.

The no rules dance track! It’s like an instrumental, but there’s someone singing in the middle of it. We just felt very free and liberated to do whatever we want. The synths are playing the main melody. It felt classic, soulful, but also 80s and 90s. I was making fun on how everybody is afraid of using Auto-Tune and a friend was like: Are you gonna do it on you record? I was like: Nah, I can’t do it! That really bothered me. I don’t think things should happen just because, but it felt right on this one.

TILL THE MONEY RUNS OUT

We wanted to challenge our drummer a bit. House drumming is usually played by a drum machine, but it felt good having a drummer playing that. It’s probably one of the better stories on the record: a very simple romance.

It was just a beat I was working on. I was listening to Jam City a lot, so I named the beat like that. When I started singing it sounded cool. It was just one of these things that were too cool to change. I sent it to a friend and he came back with this guitar riff. It just felt like: Hey, why not!?

FUNK (I GOT THIS)

This was something that I cut up from an interview with a DJ who had been caught on camera with a transgender prostitute and he had to give an interview on the radio explaining himself. It was just an incredible moment to listen to because you could feel how awkward it was for him and then he grew stronger and encouraged himself to be able to be accepted. I just started cutting and I wanted to tell a story around that. Everybody has that funk – they just need to find their true self.

It sounded a bit like Prince, so we gave it a different feel in the chorus ‘cause we’re not Prince. It was one of the last tracks to make the votes on the record.

I FEEL SO FREE (CITATION NEEDED)

We had the riff and the basic beat and we wanted to do some poppy house song. Then we jammed a bit and pulled up the guitar and loops and we ended up with some funny stuff. I think it works well as the final song on the record.