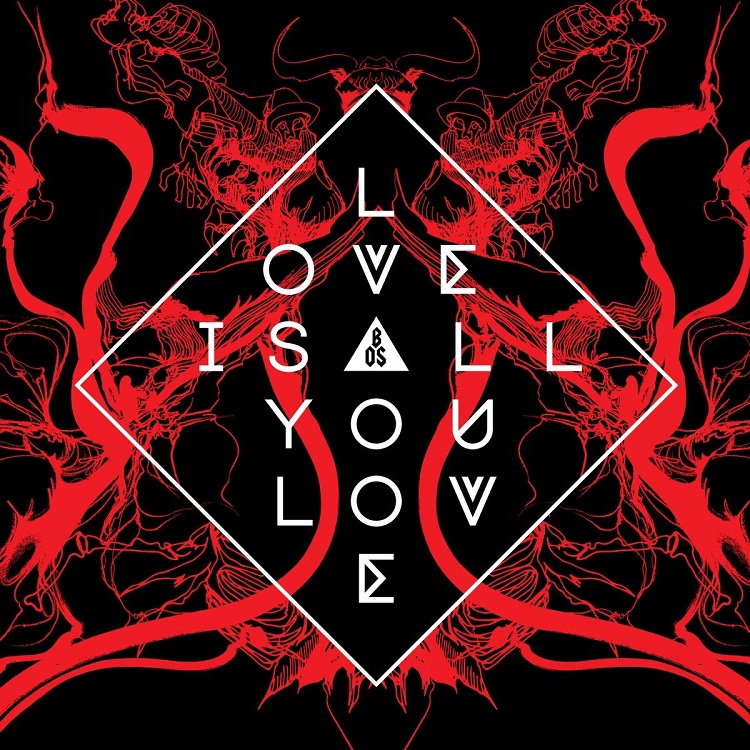 Russell – ‘’Carnivorous id the first song on the album, it’s one of the first songs we sat down and decided to produce and make.’’

Emma – ‘’First demo, as well that we had kicking around, it’s quite different.’’

Russell – ‘’It’s uncompromising, loudest and beat heavy song, so it’s all complete extremes, I think we could produce at this point and also a little bit of departure.’’

Russell – ‘’There’s nothing left in terms of it’s maximalist experience to listen to, it was a maximalist concept when we started it, so yeah it’s everything on it and the kitchen sink!’’

Emma – ‘’That’s my trouble, second track on the record, it’s a stripped back, raw rocknroll track, it’s kind of all riff and it’s kind of a skeleton but we’ve taken everything back that we didn’t need.’’

Russell – ‘’that’s My Trouble is the bare elements of the band, on some of the songs on the record we’ve got all these different ideas but this one goes right back to the roots of what we do and some, so it’s like minimal and kind of wire-y and there’s no meat on the bone… but there’s still the heart there.’’

LOVE IS ALL YOU LOVE

Russell – ‘’Love is All You Love is the title track of the album and it’s the heart of the album and the song which sums up how we feel right now and sums up the experience of Band of Skulls right now. It’s a song which was born in an instant and even so much so that I had to call Emma when I’d finished the initial idea.’’

Emma – ‘’It came fully formed, it was one of those that drops in your lap, the song is all here, we’ve got all the parts, it’s finished!’’

Russell – ‘’It’s what we dream of, it’s like a gift and here’s the song, and it feels like it’s always been with us!’’

NOT THE KIND OF NOTHING

Russell – ‘’Not the Kind of Nothing was a real spontaneous song, we were in the studio together

Emma – ‘’We were in Russell’s basement and just got a new drumkit, and we started playing this idea together and pretty much hit record to make a demo of it, kind of like rough, garage rock n roll, just throw it down. It was kind of cool to play just us two and record an idea and see how it came out!’’

Russell – ‘’it’s a song that we didn’t have any rules for, just having fun, and I think sometimes you can try and sit down and write a song that get’s a little serious and heavy , but this one is just our pure personalities coming out through the record.’’

Russell – ‘’Cool Your Battles is a song which we definitely got together that day to write a song, we’re doing this quite a lot, so we thought today let’s get together and write a song’’.

Emma – ‘’Start something and finish it in the same day, and I think it started out with the initial idea as quite electronic I remember, and we ended up turning it more in to more of a free, stone’s type feeling, but it’s been through different processes’’.

Russell – ‘’It really has this emotion to it and when the lyrics were finished and we did the vocals, it transcended all of that stuff from before. For me it’s like the high point that has the emotion on the record, and we’re really pleased it’s going to be on the album, and it’s going to be a single, and we get to play it, it hits me in the heart strings, and it comes across that way as well, and I hope. It’s a hybrid of a song, a really emotional song you can dance to.’’.

Emma – ‘’Sound of You is probably the quietest point on the record, I had the melody for quite a long time and it never fit with anything that we’d had and it didn’t quite work with a lot of the other tracks we had so, it was when we first stared working with Richard and it seemed to fit with a couple of things he had and it went from there. It’s quite atmospheric and creeps up on you, it’s a love song basically, a song about longing.’’

Russell – ‘’You lose time listening to this song, it’s peace in between quite a hectic record.’’

Russell – ‘’Thanks a Lot, apart from being our most passive-aggressive title, it’s an old song of ours and with Richard we reworked it and took some chance in doing something different. So, it’s kind of an acoustic song but it’s got synths pinging off in the background and it’s got this chorus of ensemble of people singing along. It’s uplifting and we didn’t really have any rules for it, and we wanted to express ourselves, it’s a song that’s an unlikely one for the record.’’

Russell – ‘’We’re Alive, this one is such a pop song, and we defiantly have that sensibility in the music and think about it quite a lot, that this one it just had a real bounce to it, and from Richards side of things it the one he focused on and we had lots of different versions. It’s a song that really, it feels kind of…’’

Russell – ‘’That’s the thing, on the surface it feels like a really great summer tune, but then under the surface it’s got this melancholy and thoughtfulness that takes you by surprise, so it’s a great juxtaposition of those two things’’.

Emma – ‘’Speed of Light, this demo had everything to it but again like Love is all you love, it had a real great feel to it but it was almost futuristic, and had this driving keeping it in motion lead melody lines which kind of fold into each other and we couldn’t really beat it so we kept all the vocals from the original demo, I think it was the first take that we did as the idea.’’

Russell – ‘’It’s funny singing it for the first time, all the emotion is there, trying to act out, re do it and make it better sometimes it diminishes it somewhat. We’d convinced Richard to keep our demo vocals that we’d recorded separately in our own studios. So it’s a song that really shouldn’t work but because it was done in such an unorthodox way it does work and has a real dreamy sense to it.’’

Russell – ‘’Gold is the last track on the record, and it’s the first track we did on the record, it’s like night out where you can’t quite remember what you’ve done…!’’

Russell – ‘’For us it was another time to just try things out, it’s got a real dancefloor theme going on, but also it’s weird, it’s got some sped up stuff, I can’t remember how we got some of the sounds. It sounds like the collaboration of us and Richard, it’s a fun and we ended it on a high’’.