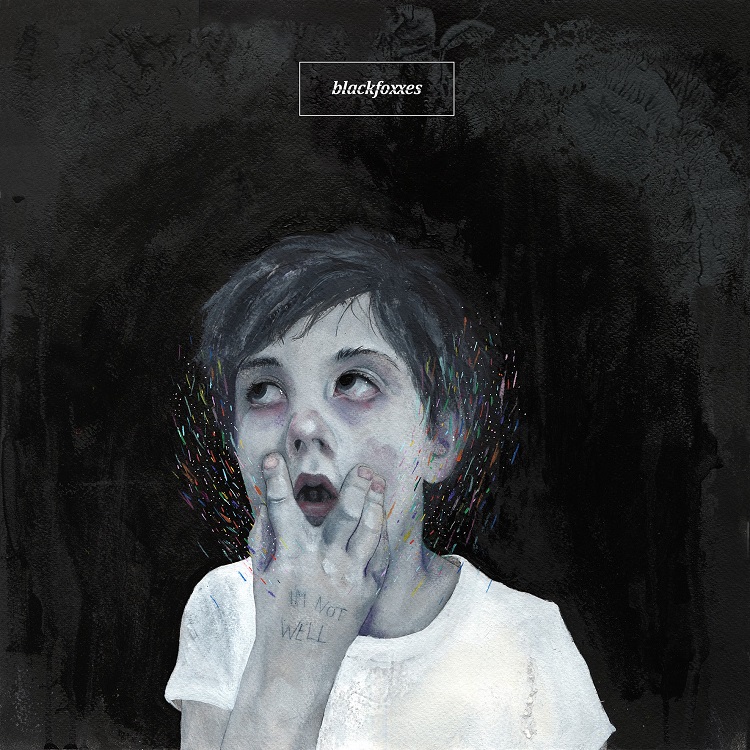 I mean can you get any more obvious, haha?

The whole albums got a very obvious theme (illness). Whether thats mental or physical, its deliberately meant to be relatable.

To be honest this song is very personal to me, in my opinion its the best fucking thing i’ve ever written. And i wrote it whilst i was in an extremely dark place. Its hard not to go on and on, and moan, but you asked me, its your fault!

The music completely mirrors the piece in the sense that i deliberately wrote the first 2 verses to be an exploration of my feelings, i’m writing from a past viewpoint about things I’m feeling for the first time. As the song moves, those feelings are becoming a lot more real, and patterns unfold.

By the time the music starts to move, so does the feel of the song, lyrically and musically. When the song finally kicks in after that huge build on the single chord, its almost a relief when the chord finally changes! The relief of coming to terms with having to live with crohns, anxiety, insomnia, the fucking works forever. And thats kind of ok, we’re all freaks right.

I guess this song is simply about reflecting on youth. The repeated lyrics of „lost that feeling“ refer to the innocence of childhood, care free, genuine excitement to be alive. Its a bit about falling into the traps that modern society sets, and when stepping outside of those traps being condemned by the people that can’t see outside of the box (small town syndrome).

Also the word husk kind of sums it all up perfectly – „A person/persons who has no substance, personality, character or knowledge. An empty shell of a human.“

WHATEVER LETS YOU COPE

I wrote this song when i was staying in Pembrokeshire, in the most idyllic countryside village by the sea. On the last day i went out for a walk along the coast, as i was reaching the footpath i saw a lady inject herself with something. As i got nearer it was obvious what it was, she had a bottle of vodka clasped by her feet, once i had passed her she was lied on the bench and comatosed by the heroin. It was a surreal contrast to see this beautiful, idyllic scenery with this lady at the forefront of it. It really stuck in my mind. The songs about the illness of drug addiction and the relief the moment the drug hits.

I didn’t really know if the song should mirror the video, thats up to you guys. But I did feel like it should entail a lot of colour, moving and wavering light like the northern lights. Thats what i saw in that lady once the drug hit, colour.

This song was written about undergoing the treatment i’m on. I literally wrote this song in the hospital, off my mind on the drug thats meant to make me feel better.

Its weird when you undergo treatment, time seems to go so slowly and you have a lot of very dark, very real conversations with yourself internally throughout the time there. I think the verses are all very literal in this song and self explanatory. The main theme ‚Rust‘, is just something i used to portray how we as humans decay. Just as your car will, some of us much sooner, Some later.

But eventually we all have that moment in our lives where we’re dealt a shit card, and at that moment the world feels like a very lonely place. HAPPY THOUGHTS, HAPPY!

This track lyrically stayed the same as before, its weird to think this is the first track i ever wrote for this band. Ant & Tris weren’t even in the band by this point, i was just jamming with a couple of best friends. Its funny to me how a track i wrote all those years ago, completely for my own entertainment essentially got our band signed and noticed. Pretty rad.

I guess you could say this is the ‘track about a girl’ on the album. It’s a song about everyone’s experiences growing up, falling in love, having a crush, getting heart broken. It’s not about any specific person, it’s not necessarily about my experiences either. It’s about the situations people have to go through to find themselves. I think there’s a line or two in this track that everyone will be able to relate too. Some of it might seem vague, but to others, those parts will make perfect sense.

Overall this is our summer song! The verses are meant to resemble cold/winter and the movement into chorus‘ reflects that feeling of when summer hits. Its a very contrasting song, but so are the seasons.

I think the middle 8 of this track reflects back to a time before i was in a relationship, I didn’t ever really want company for a long time and i think the lyrics „You were erasing me, you were escaping me“, is almost me talking to myself about the inability to let someone else in.

We wrote Bronte a long time a go, it was more of an instrumental movement piece than something tailored specifically towards the lyrics. Over time we realised there was something that just didn’t click with the end of the song, and eventually we essentially patched together another song idea that fitted perfectly onto the end of it.

Lyrically it all revolves around the initial line „Brass veins fading i was physically drained“. I guess you can interpret it how you want too, but to me the brass veins refers literally to the amount of injections i undergo. You start off in life as this perfect machine, and over time things start to deteriorate and things start to fuck up.

The end of the song pretty much reaches the peak of realisation in the song, and in my life „My body is hollow“.

I wrote this track about the importance of mental health awareness and bullying. As a kid growing up i was heavily bullied, which taught me a lot of things. First and foremost to absolutely stand up for myself, but mainly to stand up for others. I’ve never been very good at working for people because since being bullied I can’t sit back and let myself or others be wronged, i’m a boss‘ worst nightmare hah. Which probably explains why i’ve never managed to keep a full time job for very long anyway, i don’t do well with monotony.

The chorus of this song referring to „colour“ is more referring to the mental health aspect, its the best way i can describe having anxiety. Its just this constance presence that you can’t turn off. Theres such a stigma attached to mental health issues at the moment, and i think openly speaking out about it is going to enrich others, and make people in general more aware of the issues people face day to day.

As the song progresses i start to sing about certain times of my life „If i’m chasing luck“. I am so fucking fortunate to have the family and friends that i do, they completely understood my career choices. But theres a few people that just didn’t get it, didn’t understand why i wouldn’t settle for that 9-5 office job, didn’t leave my mums place, all of it was a sacrifice for chasing my dreams. None of it is fucking luck. Its all hard work.

„Im waking up“ refers to all of the above.

Home mkII is essentially exactly the same song lyrically as it was on the initial E.P. The old version lacked flow, melody and a particular spark which i think we found for this new version.

Home – a song about how fucking much i love where i live, but at the same time when it boils down to it, how I just want to be by myself.

When you suffer from anxiety and have an auto immune disease that makes you continuously tired, its extremely hard being on the road for long periods of time. Thankfully i am completely intoxicated with music and it keeps pushing me on, but this track is one for all those hard days when you just wanna be back in your comfort zone.

I guess this track is about adventure. I’ve always had such a craving to explore, putting myself outside of my comfort zone to experience different cultures and see the world. This song is just about the thirst i have in between traveling, I may have real problems with sleeping, and be the worst possible candidate on paper for someone to travel the world, but thats never put me off before.

As the song unfolds i start to reflect on my youth a lot more „I’ve always been young and scared, belligerently drunk to care“. I was always such a scared kid, i was such a hypochondriac and was terrified of the world. Something clicked when i left secondary school and it just gave me this craving for adventure.

This track stayed exactly the same as the original, so i’ll literally copy over what i wrote years ago about it as its still completely relevant.

As there is such little lyrical content in this song, the music better describes what’s going on in the story. I had recently watched a film ‘Martha Marcy May Marlene’ and was so moved by it I wanted to write a song about the realities of what goes on around us. The lyrics are about a wife who’s been in her relationship quite some time and is too scared to remove herself from it, meaning she’s in utter turmoil. The way the song crescendos mirrors its lyrical content. It’s aggressive/repetitive/angsty/engulfing and this all reflects the severity of reality that some women/men go through later on in their lives. Some people will find the content hard to listen to (I found it hard to write), but it’s meant to be that way. The subject is brutal, but it’s happening all around us. That’s the feeling I wanted to get across.