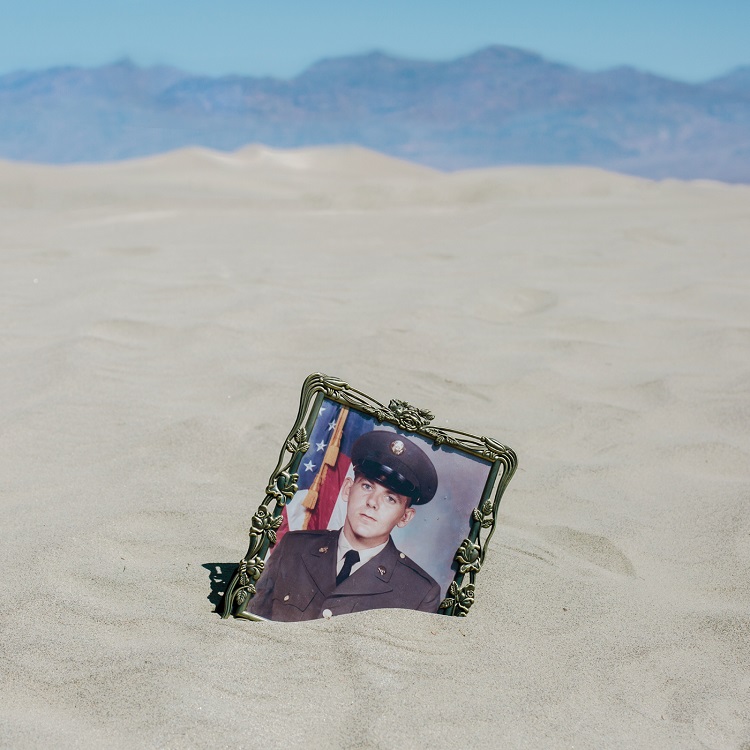 For this song I wanted to write something ultra simple. I was curious if I could make something anthem-y with only three chords. It came out sounding like a hedonistic John Hughes character with Dead Zone powers. We’re all going to die and every monument to our existence will be incinerated when the sun begins it’s own death throes and burns the planet to a crisp. So why don’t we dance?

Grant McLennan from The Go-Betweens is one of my favorite songwriters of all time. Not only because I admire the incredible songs he wrote but also because I find a kinship in the way he writes about things. In 1988 he wrote a song about Sydney called “Streets Of Your Town”. Flash forward three decades when I’d been working up a song about San Francisco and how magical it seemed when I first moved there. I noticed how I’d accidentally channeled McLennan in the overall vibe of the song, so I finished it off with a very Grant-like bridge as a nod to my inadvertent inspiration.

This was one of those rare songs where I just started writing verses and I couldn’t stop. You can tell because the arrangement goes on for a while before a chorus happens. Before my first album came out my dad passed away and I was force to confront a place I’d left behind and tried to forget. The subsequent trips to Tennessee to deal with family business were flooded with accompanying memories I’d done pretty well to bury.

Then while I was writing this new album, Ripe For Anarchy, my grandmother passed away which ended up being even more complicated and painful in brand new ways. I hate to be one of those corny “music can heal” people but it was really therapeutic exorcising some old demons. I’ve been going to therapy for a long time and I think any coping mechanisms we can find, especially creative ones, are pretty invaluable.

The title of this song and the album comes from a poem by Sandra Cisneros.

I’m going to keep the meaning of this song to myself. But I can tell you about the music. I’m a big fan of guitar soli artists like George Cromarty and William Ackerman. In fact, I once had lunch with William Ackerman. He was really cool and interested in producing my old band Magic Bullets. I wish that would have come to fruition because he had some fascinating ideas like incorporating cellos.

I NEVER COULD TELL YOU

Once when I was a teenager I met a girl on the internet and we started dating. I moved to Canada to be with her. And like most young love it totally imploded and since I was relatively new to the heartbreak scene I handled it really poorly. This song was an long overdue apology to someone I’ll never talk to again.

It was the first song I started recording for the album and it originally had no guitars on it. As I was mixing the album I noticed the absence of guitars made it stick out too much, so I went back and wrote some guitar lines for the very end.

This is a Sparklehorse cover. I was a huge fan of the band when I was a confused teenager fumbling around Tennessee and Toronto. I’d walk the country roads or the city streets listening to the second Sparklehorse album and the Chords I’d Known EP on my discman for hours.

Somewhat recently I started listening to those records again and I realized what had drawn me to Mark Linkous’ music in the first place- he was also a mixed-up pop fan from the South. To me, his best work is almost like chopped-and-screwed power pop where he sings about feeling like a weirdo.

And of course I love reinterpreting songs. This version probably bears a closer resemblance to his old band Salt Chunk Mary who originally recorded a very power pop version entitled “Sorry Now”. Check it out on Youtube.

One rule of writing that I try to stick to is: A Song Should Never Have More Than Three Verses. Of course I broke that rule for this song but the chord progression and vibe of the production lends itself to something a bit more word-y.

This song is about crossing the threshold of youth into young adulthood. I put a lot of chiming FM keyboards on this to really heighten that feeling. In fact, there’s a lot of those types of keyboards on this album because I’d been really obsessed with Ryuichi Sakamoto’s mid-80’s work and a Comsat Angels album called Land. I think enough of the Sarah Records bands had used really corny MIDI keyboard sounds to give me sufficient license to incorporate them and they really are pretty evocative to me.

The past couple of years I’ve had to work odd jobs in-between tours to pay my bills. At my most desperate I participated in what is euphamistically called “the gig economy”, delivering food to people with no time to walk a half mile to pick up their own food. I would drive around for 8-10 hours and if it was a good day I’d come home with $100.

One day, as I was double-parked picking up food for someone, I got a $70 parking ticket. And since I’d only been working for a few hours, I hadn’t even earned enough to cover the ticket. After that shift I came home and poured all of my frustration into this song. In fact, it was probably written faster than anything else on the album.

At the end I tagged on some vocals that are a nod to Colin Newman, who’s Commercial Suicide album is a big influence on me and this album in particular.

I was listening to the radio one day and I heard a Simon Doom song called “I Feel Unloved”. The directness of the title really tickled me so I tried to write my own version. This was the first song I recorded with my new guitar trick: doubling a guitar and then pitch shifting it 12-steps to get a weird, not-quite-12-string guitar sound. I use it on a few songs on the album and I got the idea from Lindsey Buckingham who does a lot of crazy guitar overdubs on his solo albums.

Compositionally it borrows from Field Mice songs like “September’s Not So Far Away” that are power-pop songs with a lot of digital reverb draped on them. Also the last verse name-checks my hero Julian Cope. I reference his song “Saint Julian” and the accompanying guitar interval is from that song as well. I like to put little Easter eggs in my songs when I can.

KEEP THE BLUES AWAY

All the songs on this album were written for guitar & voice, meaning you can sit down and play and sing them acoustically on practically any instrument and it’ll sound great. I believe a good song should be able to stand on it’s own without any production.

However, this song is different. I had scraps of a song I couldn’t quite find a chorus for. When I got to the end of recording I decided to try to revive it as a studio-built song.

So, with the idea of creating my own “All Tomorrow’s Parties”, I worked from the ground up and eventually found a chorus that fit beautifully once I started tracking bass guitar. The wild synth breaks in the middle and end were inspired by William Onyeabor.