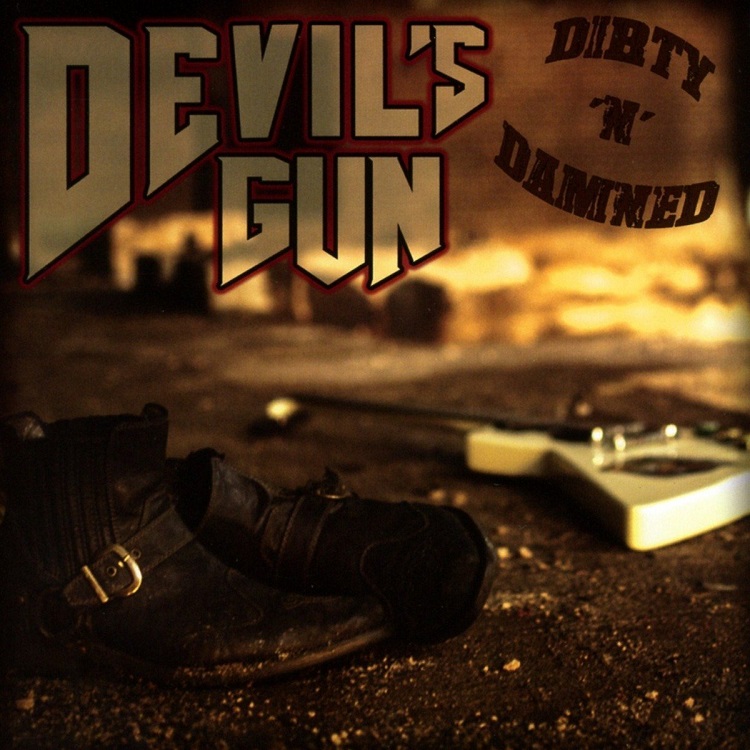 Hot rock city is one of the first songs we wrote for this album, the lyrics are basically all about having a good time and not giving a shit and do as you please. The basic idea for the whole song is to have a straight forward hard party song.

This song is about air fighters and their pilots during the WWII and their shattered minds and feelings about what is right and wrong in the time of war! On one hand you are just following orders to defend your country but on the other hand you know you have to live with the anxiety of having killed all that people.

RUN THROUGH THE NIGHT

This is the last song we wrote and one of the heaviest tracks on the album. As you can find in the lyrics, this song is all about hunting down assholes. Recording this song was a pure pleasure because of the heavy riffing, the blasting drums and the fact that Fredde broke his drumstick and managed to hit himself in the balls, good times, good times…

Dirty n damned has its origins from an old dirty trailer park where you always can find that one nasty piece of shit who harasses the neighborhood. This is one of the calmest songs but still very catchy.

In the beginning of recording this song we ran into some trouble, we went out of coffee, Oliver broke a string on his bass guitar, so we went to a party and got shitfaced and finished the recording the next day instead. In the end it turned out great.

A song of misery in a bluesy mood for when your life is going straight to hell, and everything is falling apart. This is the outsider on this album with its bluesy feeling.

This is our way to salute the metal crowd for their dedication to the rock scene. This is the first Devil’s Gun song ever written.