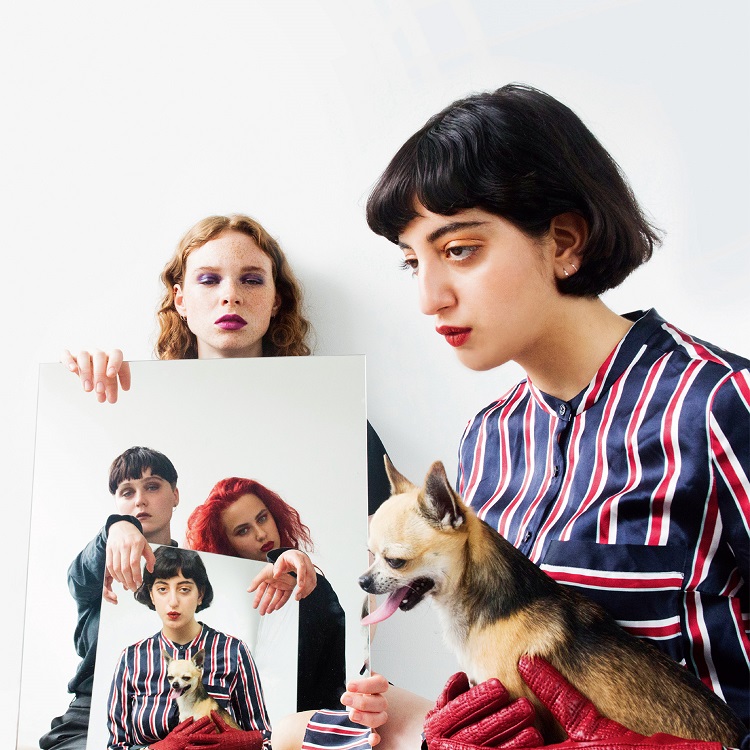 My personal favorite track on the album. Raw, aggressive and yet sophisticated.

THE HAZE IS FOREVER

Our theme song that named the album. We fought about the album title for half a year coming up with hundreds of suggestions, but ended up on square one naming it ”the haze is forever”…

I remember when we wrote this song, me and Foxy Sagz (drummer) thought Groovy Nickz‘ (singer/bass) singing sounded like German and the whole song sounded like Tokio Hotel. No offence to Tokio Hotel but I didn’t like it at all and had to be convinced by the rest of the band to release it. Now I think it’s a really great song.

We wrote this song together with our friends Rebecca & Fiona and Little Jinder and it was a blast. One day in Jinders studio with beer, sushi, chips and some jumping on a trampoline resulted in this song. It’s a big fuck you to all the old, ugly and creepy men that dominates the music business.

The video for this song is utterly disgusting and great. A Swedish journalist commented it ”Friday puke with Dolores Haze”. An anonymous youtuber wrote ”What the fuck is going on in this party? Is everyone having a bad trip on random combinations of drugs? Then it seems everyone freaks out and starts raping each other then the band dies?…. Cool song tho“

This song has nothing to do with milk.

I GOT MY GUN

A few days before we had to send the vinyl to press we realised the album was one song short to be called a full length and therefore not able to win prizes. So we wrote the song in one night and went to the studio the next day and had it recorded.