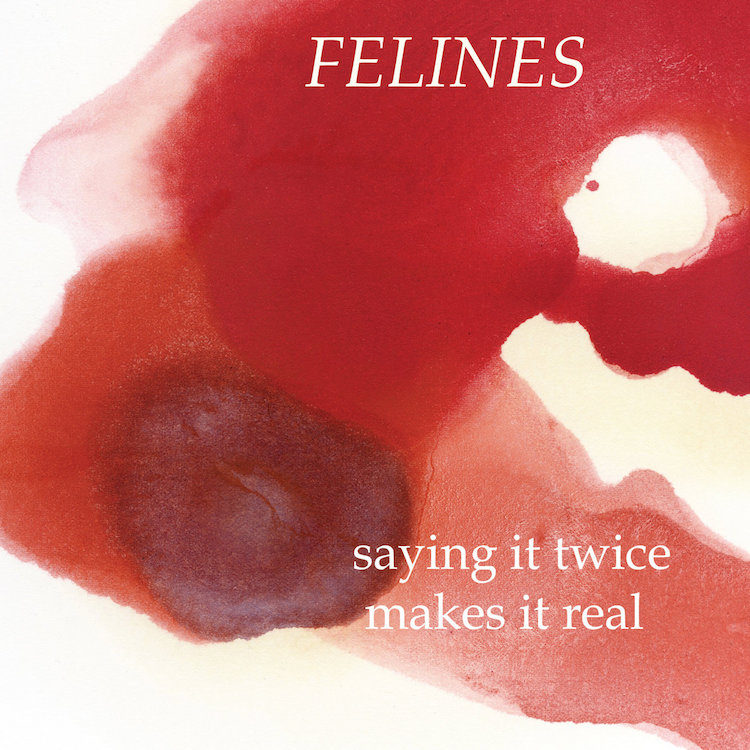 Ditte: I wanted to make something explosive with a huge variation in the dynamic.

Ditte: To me the drum beat is often what keeps me going in songwriting. When the drum idea is there, I can kind of relax and start experimenting with more repetitive stuff, which I love. The lyric was a small bit that I’d had on my phone for half a year and couldn’t really figure out how to use it. The song ended up with a simple structure where the lyrics actually made a lot of sense to me.

Mei: Like many songs in this world Outside was written in transit. I was biking to work at a café, and trying to sing a song by Laurel Halo from memory, but her singing on that track is quite obscure, so I would just make up something a bit similar. Like you would do as a kid – singing along to Spice Girls before you knew English. When I got to work, I sloppily wrote down the lyrics on a postcard. And then a week later I found the card in my pocket and read it, and so from there when I was biking around town that lyric was on my mind, but I’d make up new melodies. At the time I was pretty inspired by the Danish band First Hate and their way of making simple melodies, but with jumpy intervals. The chords came about while trying out different things on an iPad, they just appeared from the melody really. Then in the rehearsal space the chords became more ‘sophisticated’ – as my knowledge of chords is quite limited, and also we got into kind of a “The Cure – All Cats are Grey”/Twin Peaksy vibe.

Asta: I wrote the song in a period of my life where I was frustrated and felt like I was always dependent on others. The repetitiveness in lyrics, beat and bass lines are supposed to stress the feeling of inadequacy, and how it sometimes seems to go on and on. Also, the song is inspired by sound of the NY no wave 80s and is sort of an homage to Delta V.

Ditte: The idea for the lyrics bumped into my head while biking on my way home. The first idea was to make something pretty silly and fresh. Sometimes it works talking to yourself, I guess. Actually, the end result is pretty far away from where I started because of Kristians keys, which brought an extra layer to the weirdness.

Ditte: I was sleeping over at my friend’s place with brand new, big-time heartache, and I tried to use the situation to my own advantage by making an epic melancholic hell of a heartbreak banger on her piano. The drum section is influenced by one of my favorite albums ‚Can Soundtracks’.