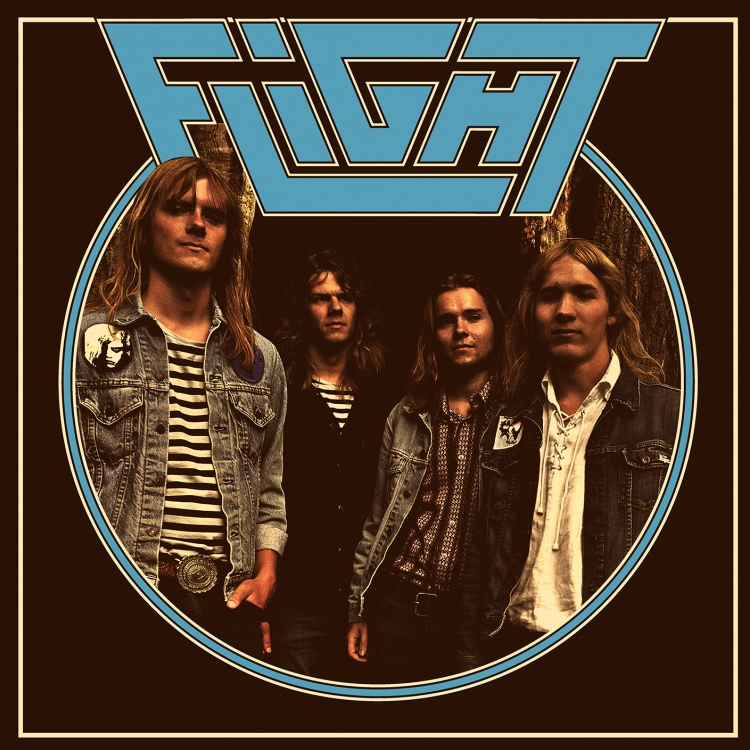 Gotta have a s/t song. It starts out with guitar picks sliding up the strings in a attempt to create the sound of an airplane taking off. The song kicks off with a ’77 Priest-ish riff with lots of authority, and the whole band joins in on backing vocals in the chorus before it breaks off into a jazzy and more calm mid section with lots of added percussion. This is one of the tunes that have gotten the best response when played live.

This is the albums straight rocker, even though the main riff is in 7/8ths. Mid tempo down-picking throughout the song, with heavy use of the inverted power chord. The lyrics deals with a mystical creature that has the world in is grip. The chorus adds a bit of depth to the song as both guitars and the bass plays different stuff on top of each other.

The last song we completed for the record, and it’s one of two songs that wasn’t completed in our first month as a band, and it might be the only song that was reworked several times. The verse riff was first used as a chorus, the intro was the verse and so on. It starts out with a acoustic guitar intro before it heads into a bit of a British Steel-groove, but the climax is the second half when it really kicks off. Both of the lead guitar sections of the song are reminiscent of early 80s „Fast“ Eddie Clarke.

This one is the embodiment of what we feel heavy metal should sound like, filled with solid riffs, catchy hooks and lots of emotion. The twin guitar section takes you right back to ’82, without sounding rehashed. We added the trade off guitar solos a while after the song was made, inspired by how Priest used to do an extended version of Heading Out To The Highway back in ’86. It was meant just as an extended part when played live, but it quickly got stuck there permanently.

An instumental that clocks in just under five minutes. This might be the first track written for the album as it was written a few months before the band was formed. Having ideas and riffs like this and no band to do it with was one of the reasons why we formed Flight to start with. The mid section has a bit of a early Iron Maiden-vibe to it, and the ending sounds like NWOBHM on 45 rpm. If you were to place each song in a specific period this would be one of the „newer“ sounding ones, with riffs in the ’80-’84 style.

Another rocker. Mid tempo riffing with emphasis on the groove. There’s a specific guitar rhythm that repeats itself throughout the song in the different riffs and kind of knits it all together. The mid part breaks you out of it and delivers a section of pure rock before it seamlessly goes back into the main groove again.

This is probably the fastest song on the record, and it was featured on the heavy metal compilation that Amulet put together in 2014. It’s another one of the more ’80s oriented tunes, especially the chorus riffing with harmonized guitars. The lyrics contain a slight nod to Halford, but all in all it’s just about escaping the mundane. The mid section slows it up with hanging chords and a quite long guitar solo before it slowly brings it back to speed again.

The second of the two songs that was wasn’t completed within the first month. The keyword for „Devil Woman“ is „syncopation“, and lots of it. The riffing is quite playful actually, and it got some call-response action going on in the chorus. It eventually leads into an interlude in the style of the main riff in „Flight“, and it has a few added guitar tracks for depth. As with „Flight“ the lead guitar section is a bit jazzy, and we feel like it completes the record as a full circle, we end up where we started 40 minutes earlier.