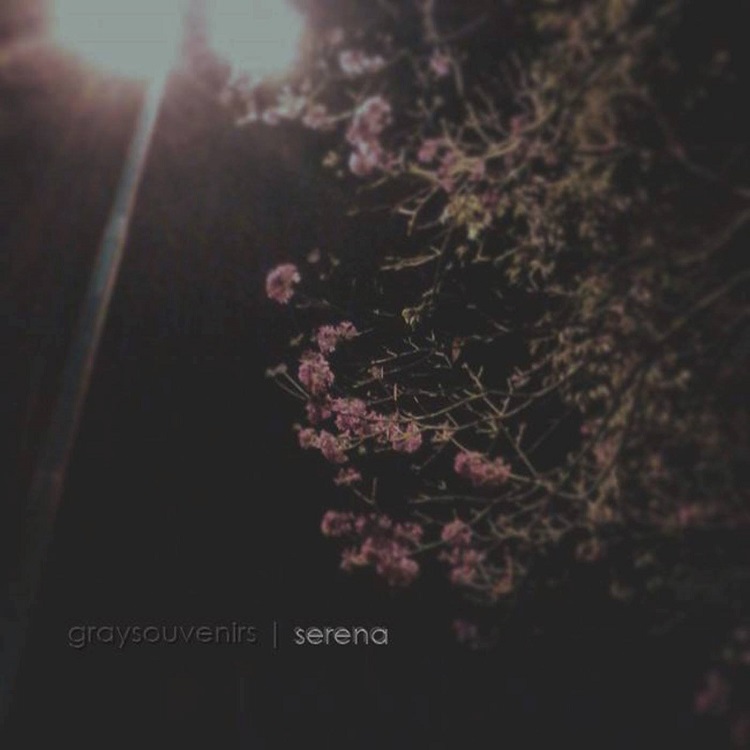 AN ASTRONAUT INSIDE YOUR EYES

When I recorded this track I was thinking about the light inside the eyes of a person that you realy like. It is a shelter but it can hurt if you lose this light.

A GAZE THROUGH THE SUN

This is a track with lyrical themes based on nostalgia. I think it is the most nostalgic track on the record. I tried to put real feelings into the melodies, feelings like touching the sun or feeling the light taking all of your body.

Serena in Brazilian Portuguese means „serene“, „balmy“. One day before this record, I dreamt about a better place, something like „heaven“. The worst part of this dream was when I woke up to work and study.

The tracks was mixed by B. Tortorello (who is a singer on PRAY FOR MERCY) in his home studio in São Paulo. I remember that I took three trains to his house. It took something like two hours to get there.

A SHY LIGHT IN A BLURRY WINDOW

At first, this track was not supposed to end up on the record. I did this and two more tracks on the same day which were planned for a future split with „Worros“, but I quite liked the atmosphere of this track and decided to put it on this album.

AS THE BREEZE FLIES TO THE BLACK OCEAN

The lyrics of this track were inspired by a poem of „Machado de Assis“, a Brazilian poet. The poem is called „Saudade“ and talks about what it is like to miss someone. „Saudade“ is a singular, paculiar word in Brazilian Portuguese and it has no translation to English. In other words, you can only feel „saudade“ in Portuguese.