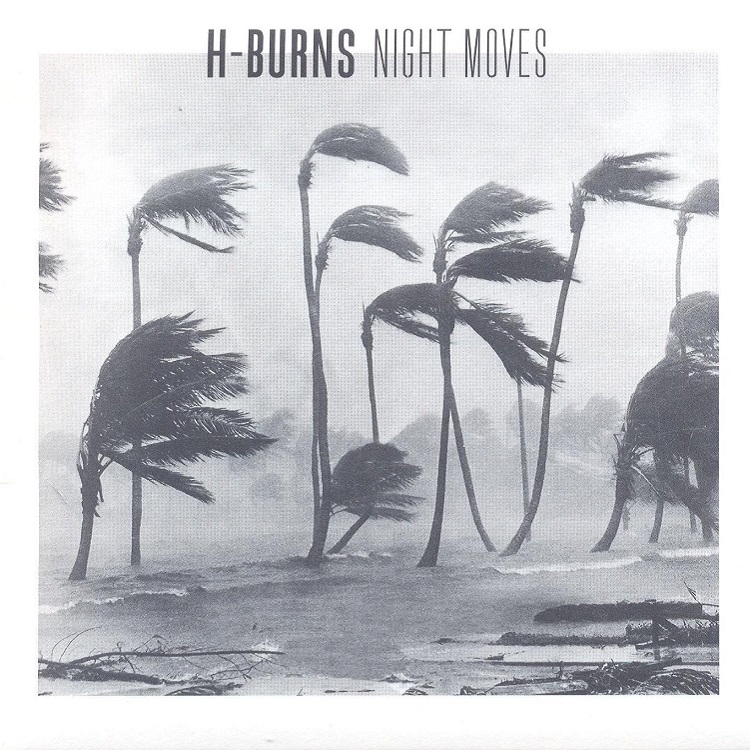 We decided to start the album with an up tempo song, for a change, as i’ve always opened my records with a quiet song before. Main themes from Night Moves are there. A hurricane is coming and it is taking everyone but the narrator of the song. I had this weird dream about this guy that could never be touched by anything, even storms and hurricanes, nothing ever happens to him, so he’s wondering why. I went to some conferences about earthquakes, hurricanes etc to learn more on that matter. So i kind of wanted to re create the tension and the dangerous atmosphere of a storm coming, to start properly.

This gets us more into intimacy. Story of someone losing all his marks, jumping into a new relationship, knowing he should be more careful cause in the end, it might turn bad, or you might just disappear from the screens. I wanted to talk about that feeling, when you feel you ll get lost in something, but you still have to do it. We even kept some keyboards parts I’ve recorded at home on a little organ, cause it felt authentic, and we built the song around it.

IN THE WEE HOURS

This song has been compared to the atmosphere of Springsteen’s Nebraska by the medias, which is really flattering, as i love this record. I wanted a very dark, middle of the night, sensual and sticky atmosphere, to tell this story, that echoes to the song before. This time the narrator leaves a party in the middle of the night because he feels there’s a fever growing in him that he can’t really control. This is about feeling vulnerable, feeling endangered, but still you feel like it’s worth it, knowing the damages that you risk.

We built this one around a drum pattern and some keyboards, that would explain the minimalist touch you have at first, and then the song kind of builds up to a way more produced ending. Silent Wars are everything you don’t say, that you keep for yourself and you try your best to deal with it.

This was placed here to be the turning point of the record. AA Bondy is a guest on this track, and plays all these great guitar sounds you hear in the back. This is also a good résumé of the main themes of the record. What’s left of us when the earth is cracking? Funny enough, there was an earthquake in Los Angeles just before we arrived. This is also used as a metaphor of a relationship, there is a certain sensuality to it, hence the Night Moves. It can be seen from a double point of view. Either the night that is physically moving, or night moves in the glamourous sense.

I often hear that this one has an Elliott Smith vibe. It might just be because of the guitar sound. As i was paying this old Gibson J50 at Rob Schapf’s studio, he asked me if i liked Elliott Smith. I said yes of course, then he told me that this guitar was the one he used on all these great records they’ve made together. So this song is a little special for me.

This one has Troy Von Balthazar from Chokebore and Adeline Fargier Jasso who plays guitar with Cat Power as guest musicians. I wanted to write a song about depression, using the wolves as a metaphor. The narrator has been incapable of any movments for weeks, and is finally getting to see the light again. We wanted this song to be nostalgic, but not sad. I got to play a Mellotron on that song, an old one with the tape rack, i loved it.

This is about leaving your hometown behind, to go to a big city full of dreams of success. I’ve seen many friends moving to big cities thinking it would help them connecting with more people, especially in the art or music business. And most of the time that doesn’t really pan out as planned, and there is a real loneliness in that. Not succeding, facing the fact that it could be a failure, that you might have to go home if this doesn’t work out.
AA Bondy is here again, playing great guitar sounds.

Signals tells the story of the days just before the earthquake, and the strange feeling that time is suspended. It could be seen as an echo to the song Wolves. These absent days where you can’t really tell what you’ve been doing, you just wander around in the city, feeling that something is gonna happen, and you dont even care about what will happen. I wanted a drum pattern that’d be close to „Streets of Philadephia“ by Bruce Springsteen, and not much instrumentation above it, really minimalist.

This one has a Lo-Fi vibe cause most of the tracks were home recorded, and we just messed around what we had with the Mellotron, and a couple of pianos and wurlitzer. This is the moment when you understand that a relationship comes to an end, but you can’t really leave, you just stay here knowing it could end tomorrow, or just never.

This was the first song we’ve recorded on these sessions, but i wanted it to be the album closer. There’s not many words in it, i wanted it to be like some short poem, or a mantra, something that repeats itself like it’s haunting you. The hurricane is now here to take the narrator, the same hurricane that didn’t hurt you in the first track Nowhere to Be, now finally gets here to take you.  So the record can be seen as a journey between the first and the last track, and all that happens to you during that night brings you to that final song, where you just go away with the wind. Also the very last words are „it could be our chance to go back to the start“, so if you listen to a cd on repeat mode, it goes back to Nowhere to be, like an endless circle, a little like a David Lynch film, Lost Highway for example.