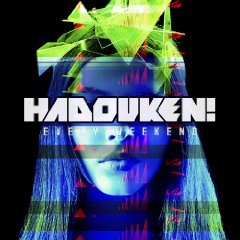 This song was designed to be an opener to the album and we love the energy on it. Blokhead produced it and it went through quite a few different versions. It was also the final song we finished on the session.

This is the lead single from the album and has been very popular with our fans and on the viral on Youtube. Noisia produced the final version. The euphoric trance chords are my favourite part.

This song, like Levitate is a homage to rave music and club culture and the idea of unity. There are some pretty crazy samples in it and a driving 4×4 beat.

This tune has been a fan favourite when we play it live, and we love it equally. It is probably the most uptempo track on the record and it has a lot of tension in the build ups.

This track samples a Diana Ross and The Supremes record which was an old favourite of my parents. We take it in a darker direction and the lyrics revolve around social media and it idea of being cut off by technology.

This is a track we have just started playing live and is also about clubbing and raving. It involves the idea that when the moment is right, you feel like time stands still.

This is probably the heaviest track on the album sonically. The lyrics are all about channelling energy and aggression into positivity. I love the outro on this track too.

This track is quite dark yet uplifting and combines dubstep with rockier electric guitars. The lyrics are about embracing the end of the night and the beginning of the morning.

The last track on the album is a collaboration with Drumsound and Bassline Smith. It is a drum and bass track with a more soulful vocal and is a nice closer to the album.