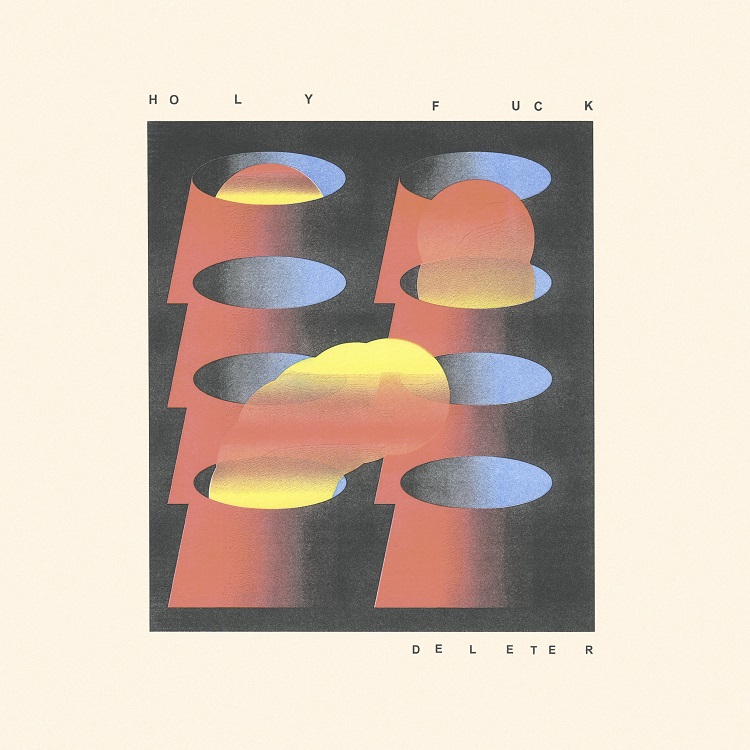 This song started out as a rough idea during a soundcheck while on tour in Europe. It was really fun to play, so we decided that if we’d gotten an encore that night, we’d improvise that idea in the encore. We did, and it happened. Luckily, we’d been recording the audio from that show, so, we had a document of the performance to flesh out and turn it into something. Alexis Taylor from Hot Chip kindly added his voice to this one, which was a welcoming and calm hook to go over a chaotic, pummelling track.

We were asked to play this weird art-party in a forest. Powered by a generator, our gear was set up amongst the trees, and the audience gathered all around us. Our whole performance was improvised, and thankfully, we recorded the whole thing. This song was born from one of those bits.

An exercise for us in songwriting and form. Definitely a brain-buster to put together. The timing and phrasing of the main keyboard melody had to be just right in phrasing and timing. Lyrically, it’s about not getting caught in the same cycles of thought all the time. About breaking out. Musically, it’s dis-jointed, but it flows, and is quite melodic, and, hopefully catchy.

An attempt to capture the sound of euphoria and joy! We’d worked this one out live a bit before recording it. An exercise in tension and release. When you’re dj’ing, you’re always trying to whip the audience up and then pulling the trigger for a release.

Another song that came from the weird forest art-party. At its core, it’s a lonely, chaotic dancy love song. We play this one live, and it’s comes off best when the chaos is reigned in just the right amount. Not TOO much, because there’s a delicate balance where it’s just perfectly together, but almost going to fall apart at any moment.

Clearly the baseline was the driving force behind this. Started out being post-punk but turned ‚kraut‘. Taking a warm bath while autopilot is on.

A mush ‘em up. Initially, this one was much cleaner. Almost a little too clean. In the end, it needed to sound fucked. It almost didn’t make the record, but, it’s a better record with it. The rhythm section at its finest.

Written at a soundcheck in San Sebastian. This one is quite cinematic, designed to place the listener in a specific scene- maybe a plodding soundtrack to an epic scene in a horror film? Also an exercise in writing synth parts but have them NOT sound like synths. and yet further explorations playing a spring reverb tank, and attempting to make the worst noises ever sound musical and purposeful. Also a rare song for us in that the guitar played a big role in influencing the rhythm and melody

This one came from a voice memo we recorded during a soundcheck in Spain, during which our sound tech (also named Ruby) hits his head on a low hanging speaker, interrupting the jam. That’s a fun moment to have documented. The final resulting song feels like the end credits of a movie. Pulsing, and still a bit scary, with bits of Suicide and Swedish spoken word.