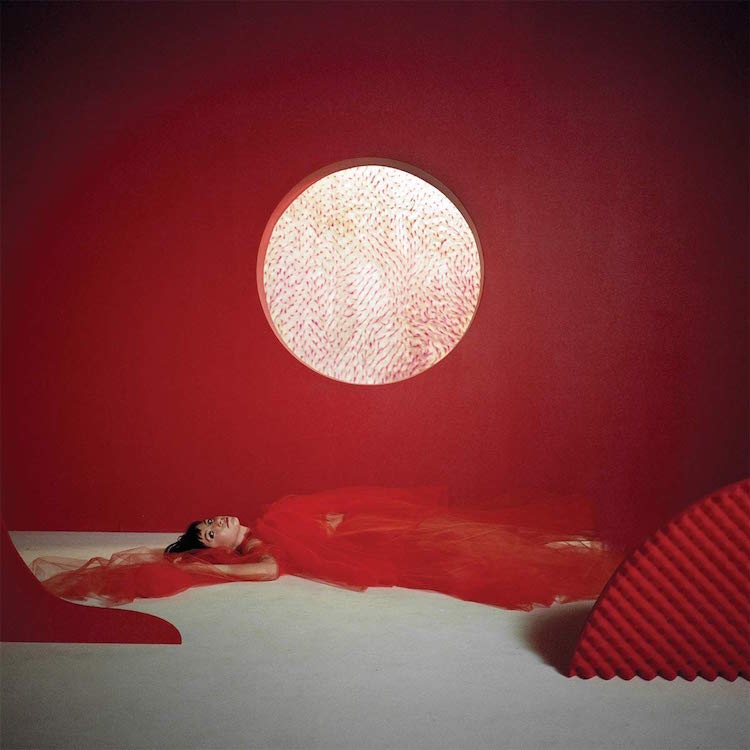 I wanted to create a small sanctuary with the album art. Something involving textures and cut outs that I cold interact with while shooting. The album art and the first video for “Hiding” were shot in the same space and same time. I wanted to make the video as sort of a moving picture where the cover comes to life. This album cover captures my mood for this record, trying to be strong and bare it all, not be afraid to be honest with myself and the listener but also allowing myself to take the space to feel small and insecure sometimes too and building my own world to live in where I feel the most at ease.

Shooting Crush Crusher was a wholly collaborative experience between me, Jilian, our styling Britton Litow, and our production designer Carson Giles. I think what became important was the texture of the final shot- how the set piece was flat but had depth, the pattern and texture of the background wall and of Jilian’s tulle dress. These elements evoke a tactility that only strengthens the separate but equally real world within the confines of the image we built.