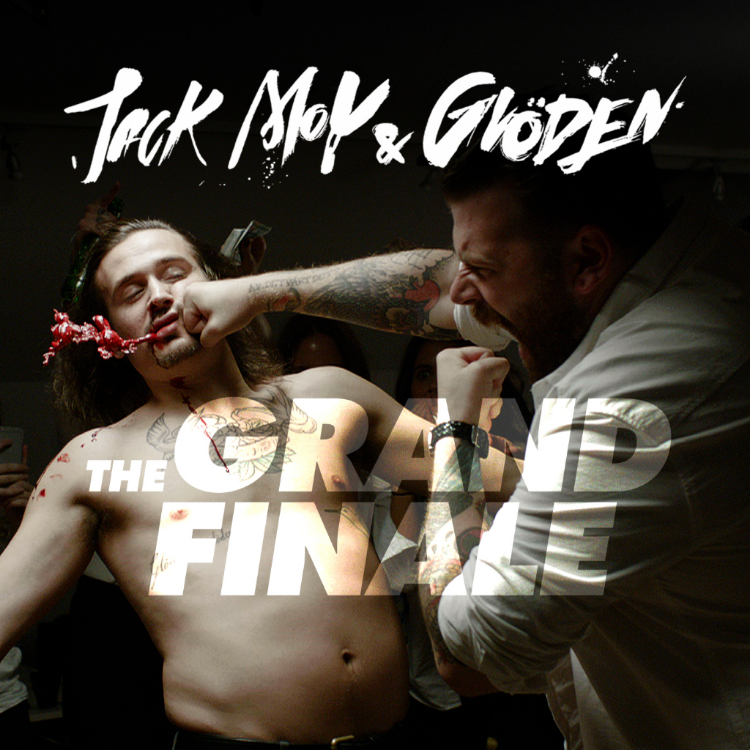 The first words that come to my mind when thinking about the EP are: This is us, this is who we are as a band. As a band that’s been going strong since 2010, it’s hard to take that leap and just change your sound. But with this EP we just said fuck it. We called up our old drummer and friend Johan Andersson to produce and started to work. This EP is a story about not giving up. Or to be honest, it’s a story I just had to write to not give up. Either way, it’s love, a dream of doing what you love for a career or whatever. Life just seems to find a way to smack you in the face. So these tracks are probably my way of dealing with that fact – to be honest with yourself and face the problems is the first step to recovery.

This is the only track that was finished separately to the EP. It’s an intro track that I produced together with Dave Dalone (H.E.A.T). The song is just this Corny Banjo on repeat and me singing about getting this show on the road. A big welcome to the EP: Hey, sit your ass down and listen to this EP!

This is such a mess, a beautiful mess. The song is probably my favorite on the EP. It has this high energy that makes you think its not about being too fucking broken to even deal with life. We made an amazing music video for this track.

This track was definitely the biggest challenge on the EP to get right. We just couldn’t get the right feeling in the mix after months of work. That is when we decided to call the genius Olle Blomström (Swedish artist: Faråker) and just let him do his magic. It took him like four days and after that we had the finished track. The song is about not taking yourself too seriously and the punchline of the song keeps going – We’ll be fine and I believe that’s true. Don’t talk the talk if you can’t walk the walk is one of the oldest expressions and to this day one of my favorite ones. Do good stuff and good stuff will come to you. Talk shit, get hit.

DRUGS AND OTHER STUFF

First of all, I’m like the biggest The Cure fan of all time. The way Robert Smith just makes the heavy breathing a part of the „Close To Me“ track is the inspiration for the breathing in the verses in this track. This is just a big fuck you to all the rumors about us as a band, and instead of saying that they weren’t true we wrote this childish chorus – Maybe I’m not the one who fucked this up, its the drugs and other stuff. I mean how old are we? 12? Yeah, sometimes yes.

To be honest, this song is about me – me being a piece of shit. The only people that are worse than people who hurt people for fun are people that have no idea of the damage they are causing people around them. And yes, I’m one of those guys. My personality is like a black hole, you just get sucked in. So this is my way of saying I’m sorry. Sorry to everyone I’ve hurt. I’m just as lost as you guys, and have no idea what I’m doing half of the time.