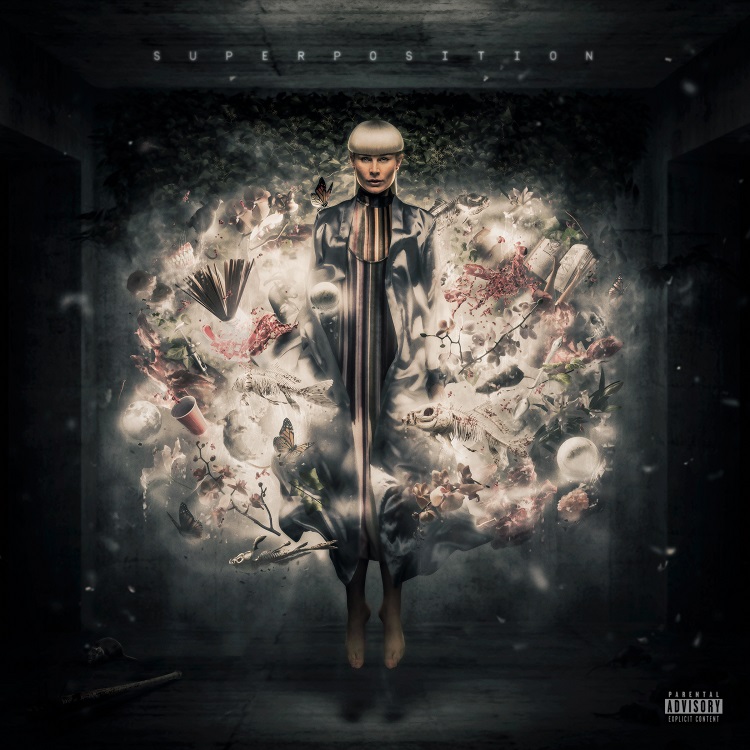 When Kill J initially presented the idea of an album where most songs where based on elements and abstracts from the world of quantum physics I was equally excited and lost. I had to see hours of science lectures online to understand just a bit of some of the theories Julie referenced in her songs – and I am actually not sure if I ever truly understood. Luckily I had the chance of hearing most of the album from the beginning of the process. Hearing it again and again I kept hearing new sounds, new programming details and new noises that I hadn’t noticed before. I really hope the artwork gives the listeners a bit of the same experience. Some elements have references far beyond this album and the final artwork ended up being as much a combined image of our fantastic journey through the last five years, as our very own alternative interpretation of the Superposition phenomenon.

Henrik has been an important part of my visual storytelling ever since the beginning of the project. He has created almost all my cover art works and I love working with him. He is so good at communicating my ideas visually. The cover art is supposed to be illustrating my exploration of physics as a spiritual experience. It was the result og Henrik and myself discussing the overall theme of the record – Using the language of science as the frame of all my spiritual questions. In the chaos around me are references to the lyrics in each song. The aim was that you can explore all these details.