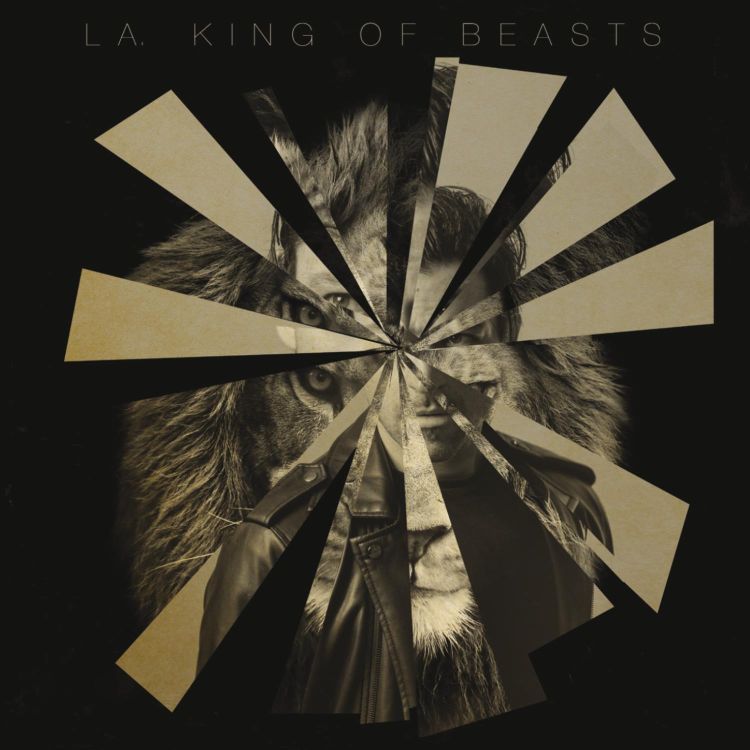 This one came to me by the time I started to feel that this was going to be a big record, with a lot of songs. I love movie soundtracks, and I conceived this record as a soundtrack for a huge movie something big like a blockbuster, and this is the intro.

Leave It All Behind

I was sitting in the studio while Toni, the producer, was in the kitchen cooking something for lunch, and I started playing with those chords… I think I spent 5 minutes to get the song done… After those 5 minutes Tone came back to the studio and said, “dude, we have something here”. By the end of the day the song was recorded pretty much as you can hear now on the record.

Helsinki suffered a lot of changes, the one on the record today is totally different as the first takes, different tempo, totally different arrangements and even different lyrics… We were about to remove the song from the sessions because it was kinda impossible to do something interesting with those chords and melody. And one day we tried to accelerate the whole thing and then the song came to us real quick.

Where The Angels Go

Probably the happiest song I’ve ever wrote. About that place where everyone wants to be, something like paradise or heaven or whatever… Just 3 chords simple and straight, but with a lot of arrangements and stuff.

One of my favorites to play live, so intense and powerful, the drum beat on the chorus with the hi hat is so catchy, those “hey! hey!” are so effective in that part. I really love this one.. and the lyrics had really good stuff like “I know this heaven’s shoreline, a little smoke but never fire”.

Turn The Lights On

Another fav, the intro with the drum and the claps have a lot of power, and then is so funky, I had so much fun recording this one specially with drums stuff. I love playing drums that’s why I love to spend time recording them in the studio.. I think this song is basically about that drum beat is so cool, can’t wait to play that one live.

This was the first track I showed in public from the record, and the most personal. New sound, new way of writing a song, new melodies, for me everything’s new on this one. I’m talking about coming back home, coming back to my people, my family… I was out at that moment, and there was a terrorist attack, my wife was so scared and I was like no matter what happens I’m gonna come back home with you and the girls… and I wrote that in a song.

House of The Wasted Truth

I love the feeling of adding an acoustic track in the middle of a rock record… I grow up with Led Zeppelin, The Beatles, Neil Young.. and Pearl Jam or Stone Temple Pilots, and there’s always an acoustic break to take some breath and keep going. I love that.

The oldest song on the record… I wrote that one in 2010 aprox. and record it at Sound City Studios during the SLNT FLM EP sessions. I’ve been keeping this version because I always thought that it was so good to use it in a record with other songs, my first idea was to release it separately, by itself, just Suddenly nothing else. But I never found when or how so I decided to put it as one of the beasts of King Of Beasts. Sounds absolutely amazing, the way Mark Neil and Richard Swift added their magic is just that MAGICAL. Without any doubt one of the best songs i’ve ever wrote.

The Keeper and The Rocket Man

One of the oldest together with Suddenly… I knew pretty much what I wanted for that one, it’s simple, one of those rhythms that sounds by itself, you don’t have to add so much stuff to make it happen, just the band and some effective string arrangement from the beginning.. One more time easy and straight to the heart.

I started playing with my Hofner Violin Bass and some distortion and fuzz pedals, and easily that riff came to my head like a machine gun, then the drum beat and some screams. Now it’s one of peoples favorite live.. sounds like a real missile.

I imagine me playing on my window in a hot New York summer night while a neighbor is playing trumpet on his window in a building in front of me… it’s a sad song, deep and dark but beautiful and full of content. “Destroying all my fragile love.. beautiful but lost and gone…”

I wrote that one with my friend Kyle Krone while he was on a trip in
Singapore, those buildings, neon lights, people, the emptiness… all those feelings kept into those melodies…

It’s the end of the movie… the end of the adventure, the expedition returns… Leaving Africa and all the experiences. And now this is how we end the shows, and it makes more sense.. after an hour and half doing our stuff on stage, is the best way of saying goodbye, see you next time, on the next adventure.