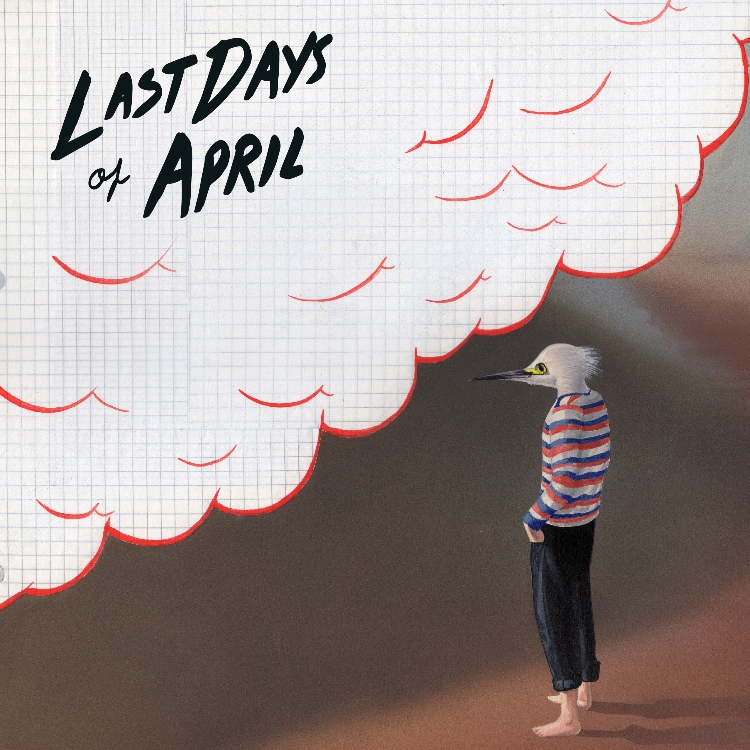 We totally concentrated on analogue instruments this time. It makes you focus much more when you are doing a tape and I like the sound of it. It does something. We wanted to keep it as simple as possible. You put the personal bar higher every time you do a record. You wanna have better songs and wanna make more sense to yourself I guess. It took us two and a half days to record the first eight songs and then we mixed it in another three days and did “Sea Of Clouds” later on to put it in the middle. The studio was called Atlantis. It used to be a cinema theatre in the fifties and then it became a recording studio. Amazing place!

This song is about how hard it is to get started with working on new songs like to find inspiration and to know what you write about. It has to do a lot with me: knowing how I did it in the past and looking for ways to do it now. It’s a very poppy one and I think it’s number one because it sums up the feeling of the whole album.

THE WAY THINGS WERE

It’s the shortest song on the album. It’s a bit more rocky. I remember we didn’t plan to put it on the album but then we rehearsed it and it was such a cool song. It eases the record a bit more.

It’s a very dreamy song and one of the first ones I recorded for the album. I really like how it came up. It’s one of the songs we played most over the years and I kind of felt that this song needed to come out the way I had it in my head. We built the whole album around that one. I’m really happy with it and it was very important to me so every time somebody says it’s dreamy I’m even happier. Actually I can’t remember what I was thinking with the lyrics but I guess it’s about misunderstandings.

THE THUNDER & THE STORM

That song is a guitar heavy one and also one of the first ones I did for the record. I really love the guitar solo on it. The fact that we play that one live and Lars can come up with this out of his head is amazing. I don’t have that gift myself.

Also one of the first tracks. This is just a basic love song. Whatever you do, it’s never good enough.

I really wanted a waltz song on the album. As I said, it was the last song to be written for the album. It’s kind of about my little boy. I really want him to follow his dreams like I also followed mine but it’s also a piece of advice that it can be a lonely road. Everyone has jobs and they get a fixed salary – and I’m a rocker. Sometimes it’s just no fun. You worry a lot.

It’s probably the most Last Days Of April sounding song. It’s so poppy and catchy with a bit of George Harrison guitars on it. The lyrics say: Don’t give up! There’s hope out there!

It’s about the best thing in life: being a musician and touring and meeting friendly people. Finding your own way and doing what you love to do is amazing. Of course that’s a dream for girls as well but it sounded more personal to call it “Every Boy’s Dream”.

I don’t know if it was meant to be on the album. It’s an old song. I probably wrote it four or five years ago. We played it but never got it right. Then we had some time left at the studio and recorded that one  just to give it a try. We rehearsed it a bit before and then it turned out to be alright. It is what it is. I guess it’s a good closer. It’s nice that we don’t close the album with “Every Boy’s Dream”.