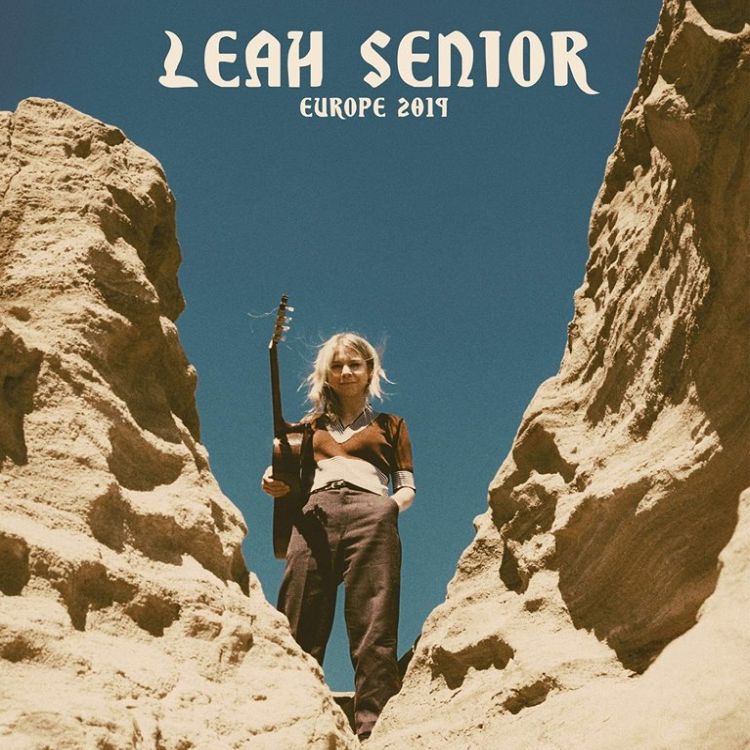 LEAH SENIOR silences audiences with her other-worldly presence and unique lyricism. Her breakthrough album „Pretty Faces“ twirls gently in its own form of psych-folk revival. The Melbourne-based folk artist creates fragile but effortlessly nimble melodies that demonstrate a clarity of thought and studied discipline beyond her years. Her songs evoke the familiar and the peculiar, the poetic and the plain.

„Pretty Faces“ sat proudly on the Flightless Records roster of 2017 and her distinctive voice also featured on King Gizzard’s apocalyptic album „Murder of The Universe“, as the omnipresent female narrator.

„Leah Senior is an amazing folk singer, very, very talented, and nothing like King Gizz’s music at all. her songs equally terrifying, joyous, sad and exciting. We get chills watching her perform“ – King Gizzard and The Lizard Wizard.

The album „Pretty Faces“ is an exploration of personal liberation acquired through loss and the breaking of expectations on oneself. The songs embody a sense of outsider freedom epitomised in the last track Loser “You’re a loser like me, pay the price for feeling free”.

A chance late night encounter with King Gizzard and The Lizard Wizard saw Leah Senior joining their independent label Flightless to release her first album „Summer’s On The Ground“.

Leah Senior’s first album „Summer’s On The Ground“ reveals a haunting and intimate storyteller, Rolling Stone giving the album four stars, saying “this is insular music, akin to eavesdropping on someone else’s prettily conveyed thoughts”. The album was also nominated for the Australian Music Prize as well as Best Folk and Roots Album for the Age Victoria Music Awards..

A folk island in a sea of psychedelia has proven to be a good fit for Senior. She joined the Flightless crew for the Gizzfest Tour 2017. „Pretty Faces“ was recorded and produced with Gizzard’s own Joey Walker and features Michael Cavanagh on drums.

Her captivating live performances have seen her supporting international artists including Calexico, Jessica Pratt, Moses Sumney, Julianna Barwick and more. When playing live, Leah is joined by her sister and her partner, creating a tapestry of ethereal harmonies and jangley 60s guitar sounds.

Leah Senior is currently recording her third album and is set to release new music late 2018.

„With a spellbinding voice and a delicateness to her music that is nothing short of awe inspiring, Senior is truly something special“ -STACK
https://stack.com.au/music/album-review/review-leah-senior-pretty-faces/

„An engrossing release, 10 tracks of delicate, dark folk music that grabs you from the first gentle guitar pluck..all pinned down to some kind of ethereal reality by Seniors incredible voice“- Pilerats

„A folk divinity upon the Australian landscape….Leah Senior is an unstoppable force“ AAA BACKSTAGE

“Leah played guitar backed by her bandmate Jesse and was spellbinding. Signed to King Gizzard’s label Flightless Records, she’s got an inimitable style and an oddity that’s not manufactured. Check Leah Senior out if you’re a fan of Neil Young or Weyes Blood, it’s the closest you’ll get to GJ’s ‘Paradise’ camp in Top Of The Lake.” – Triple J 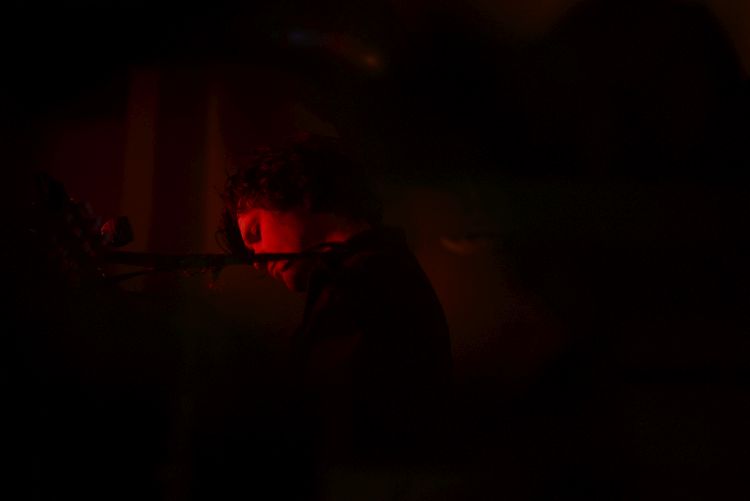 Australian singer-songwriter NED COLLETTE released a far-reaching double album in 2018 on renown US avant garde label Feeding Tube Records, and Australia’s burgeoning It Records. ‘Old Chestnut’ is a monumental folk opus featuring The Necks’ revered pianist Chris Abrahams, plus long-time production partner and drummer Joe Talia, amongst a slew of others. A mixture of melancholy balladry interwoven with expansive instrumentals that not only frame and anchor the songs, but beautifully showcase the calibre of Collette’s arrangements and musicianship.

Collette has plotted an uncompromising musical course over six albums, realising an ambitious and expansive vision covering songwriting, improvisation and experimental music. Well respected in his native Australia and his adopted home of Berlin, he will also be known to audiences for his performances alongside artists such as Joanna Newsom, St Vincent, Kurt Vile, and his recent work arranging and playing on the 20th anniversary performance of Cat Power’s seminal Moon Pix album at the Sydney Opera House.

“One of Australia’s most talented auteurs… It’s less an album than a love-worn, dog-eared novel in musical form, presented by the best pensmith you’ve never heard of…yet.” BANDCAMP BEST ALBUMS 2018

Longlisted for the Australian Music Prize 2018

“One of the albums of the year” ADDICT CULTURE (FRA)

“Some of his most lucid, literate compositions yet” CLASH MAGAZINE (UK)

„It flourishes effortlessly, remaining captivating as it offers up the pastoral with the cosmic and exists as a skilfully modern exploration of songwriting.” 4ZZZ BRISBANE

„Old Chestnut is a haunting prog-folk song cycle for the ages… Collette has made a goddamn whale of an album.“ FEEDING TUBE RECORDS (USA)