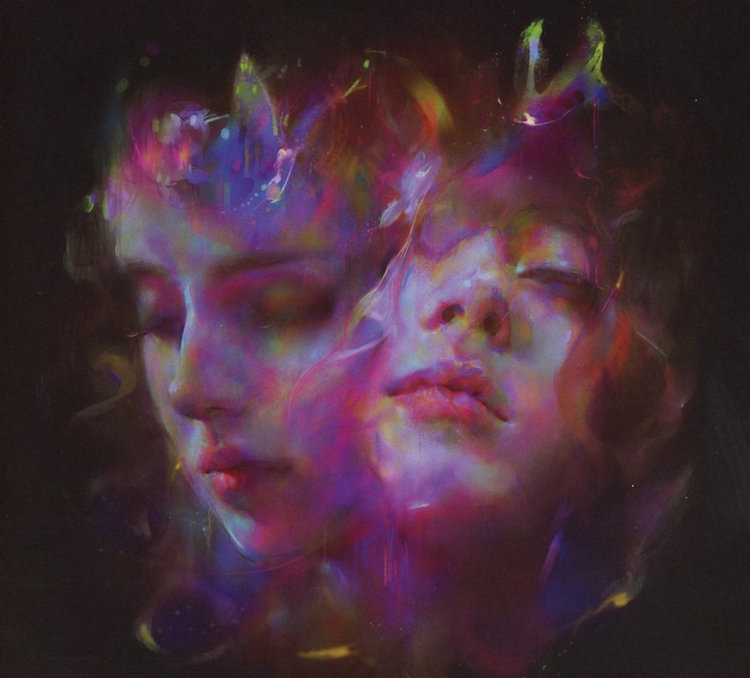 A track to listen to as you thrash down the white water rapids on a stormy night. If you make it to the bottom in one piece, there you will find the rest of the album.

A celebration of femininity! This is a majorly visual track, in lyric imagery and sounddesign, and we sampled real sounds like glass smashes and Rosa’s old Nokiamobile phone. It’s all about stereotypes and misconceptions related to gender, and how everyone should be able to express their femininity if they want to, and what a powerful and strong thing it is!

IT’S NOT JUST ME

Peanut bagels… memories can be pretty damn specific. We wrote this track mostly in LA, when we were touring there last March. It’s got a double meaning, with each of our verses written about different people… the first verse is about the difficulty of being in a relationship when your away touring, missing them but knowing your both in the same boat and there for each other and the second verse is is about becoming isolated when all your friends move away and your lives take different paths.

You got this… this is a track about having confidence in yourself when initiating the start of a relationship. We really want to write something that would get people
dancing at our shows so we danced a lot in Rosa’s bedroom when we wrote this to test it’s danceability.

People in Flint still don’t have clean water but Nestlé pays $200 a year to pump almost 100,000 times the amount of water that a Flint resident would use from a natural resource near them. That’s fucked up. Snakes & Ladders is about greed and trying to navigate the world when you know the things you consume can cause
suffering for others.

This track is a ringtone. If anybody is reading this and likes the track please make it your ringtone. This would bring us great joy.

I WILL BE WAITING

IWBW was one of the last tracks which we finished on the album and was written at the end of last summer when the leaves just started turning; it’s about embracing change and seeing that change as a force that you’re calling out to. We’re not particularly spiritual people but this track somehow feels pretty spiritual to us.

A track written on an organ about a certain cat, you know who you are.

This one’s about the concept of being ‘cool’. What does it mean? How is it achieved?Who is truly cool? Sometimes coolness can be found in the most uncool of places… This track is about admiring other people and feeling insecure in yourself, it’s one ofthe most vulnerable tracks on the record.

Mental health generally inspired this album a lot and especially this song. Ava is symbolic of a lot experiences we’ve had in our lives, and this track is just as much
about trying to help other people as it is about trying to help yourself. Sometimes in life shit gets pretty complicated basically and the problems aren’t always as easy to fix as they once were.

And finally we have Donnie Darko, a track inspired by the film that features the only recorder solo on the album. It’s 11 minutes long because we wanted to make it properly immersive for people. The track moves through a wide array of different emotions, because as in real life, it seems emotions never stay stable for long…