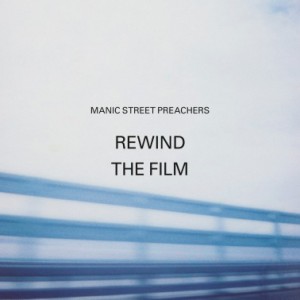 I think there is the notion that the English are the English and everybody admires them, the Scottish are the superior Celts, the Irish are the romantic Celts and the Welsh are slightly…muddled and bitter. And I don’t mind that actually. It means we don’t buy into a notion of the romantic Celt thing. I mean Celtic culture is great but there are good dollops of some of my favourite Welsh heroes who have the same amounts of superiority and utter self disgust. For instance, Richard Burton – he’s still my King and he was an utter genius. He was eloquent, but also visceral, he was confused, he knew he was better than anybody else but he was always riddled with self doubt. And people like Aneurin Bevan, I love the fact that he was a flawed genius, he invented the NHS (though they didn’t mention that in the Olympic opening ceremony, thank you very much…)! See! Bitter Welsh! Laughs I love the fact that Aneirun Bevan was a saint however in his personal life he definitely was not, he was complicated. And I like the fact that we are complicated. I think that’s always been in the Manics to a certain degree, a lower rung of Welsh standard, I think we have always had the battle between being very bitter – when we were young, we always used to criticize other bands – but I think inherently we have more goodness too. We are not perfect but we do believe in some kind of social justice, some kind of representation, whichever background it comes from. I just love people like R.S. Thomas, my favourite Welsh poet, you know, he was in love with Wales but he was also at war with his own kind. So we never succumb to that over-romanticized way of thinking that we are the best, we’re a bit more self deprecating. So it follows the tradition of a Country’s song. This sullen Welsh heart – it’s a broken heart in the middle of the song – but there’s actually a real identity which is not wrapped up in superiority, mysticism or romanticism. It’s very real and it has every emotion in it and I think that’s one of the best things about being Welsh, for good or for worse.

SHOW ME THE WONDER

Is a lyric that is kind of antagonistic to both religion and science. There’s this guy called Richard Dawkins who concentrates all his criticism on the evil that religion creates and he says that science and rational thought are the only way forward for human kind. Then again he never mentions that science created two atomic bombs that killed over half a million people in Nagasaki and Hiroshima, or that science created Agent Orange. Nobel created dynamite and he wanted to use it for the good of human kind and then realised it became a weapon, therefore he created the nobel peace prize. Bad things are being created by science and religion and both are always trying to explain everything. However, nobody can ever explain why Keith Richards is still alive, nobody can ever explain why he always had a good hair cut even though he cuts it himself! So the song just addresses the fact that you don’t have to explain everything. You don’t always have to have a rational or an answer, you actually just have to believe in chance, consequence, or just pure talent, or pure genius, or pure evil or pure goodness sometimes, and it just exists.

This started out in quite a strange way. Nick came in with a loop from David Axelrod – a jazz musician from the 60s – he took one instrumental exert from a song called ‘Little girl Lost’, sang over the top of it and wrote some lyrics. We then had the start of something but needed more, so I wrote the other half of the song musically to try and keep in line with the influence of the David Axelrod sample. We had quite a 60s feel to it. The lyric in this track addresses mortality, potentially losing influential people that you have grown up with and it deals with losing people as we are getting older. Overall lyrically the album follows a theme – the fact that we are a bunch of 44 year-olds still in a rock ‘n’ roll band, which we realize is slightly ridiculous because we are not particularly rock ‘n’ roll people anymore. We collaborated with Richard Hawley on the track because initially Nick was singing Hawley’s part however I just got the sense that I didn’t want Nick to sing. I thought the emotional hit was too much for him and I didn’t want to have to go on tour and have him sing it every night because I thought it would of messed him up. So I kind of knew Richard Hawley and knew his voice would of worked, it’s much deeper than mine – I’ve got a high girl’s voice – so Richard Hawley brought the ‘Man’ to the Manics and it just worked.

This resembles more of a scene from a creepy horror movie, to be honest. Quite simply, it’s Nick’s personal take on his obsessive compulsive syndromes.

This is not a song I can really talk about lyrically because it is quite personal to Nick. He wrote this completely lyrically and musically and when he does write music it tends to be in a more feminine, fragile, lower case way, which is something I just can’t convincingly sing. It’s a fragility in Nick’s writing which is beautiful and why it’s good, and so we knew we needed somebody else, specifically a girl, to do it. Cate Le Bon is a brilliant artist from West Wales who we just really love. I think she is going to do a couple of shows with us.

(I MISS THE) TOKYO SKYLINE

It’s just a song about giving in to being displaced and feeling like an alien. Nick absolute loves the silence and the other worldliness of Tokyo and I think we all do. It was the first place we had ever been to when we were a young band in 1991 that gave us our first genuine culture shock. It was off the scale in terms of what it actually did to us, but in a good way. We actually realized that the world doesn’t have to live by your rules, it doesn’t have to live by western standards, values or ideals. It can march to a different beat and still be a great country. And that’s what the song is about, it’s about being immersed in this alien experience, which can be good for you sometimes.

ANTHEM FOR A LOST CAUSE

That’s me listening to BBC World Service at bloody 3am in the morning! There was some discussion about whether or not ‘the song’ still affects the cultural landscape. You know, the rock ‘n’ roll song, whether it be God Save the Queen by the Sex Pistols or Kick Out the Jams by MC5 and the conclusion to this was, ‘No’. It made me really sad to think that ‘the song’ cannot shape or rally a generation anymore (bearing in mind it was three o’ clock in the morning and I was slightly hungover)! Laughs Anyway that following morning a breakfast show played, ‘The Times They Are a-Changin’, which was strange, and I remembered the previous night and I thought, “God, that sounds so cold. The times are changing and we’re screwed.” So this song is questioning and pleading that if ‘the song’ has lost that presence, that power, then please can we have it back.

AS HOLY AS THE SOIL

This is a love song to another man, in the platonic sense obviously. I think a lot of people guess what the song is about lyrically, and it’s as simple as that. It’s about remembering a friend and not being able to let go, in terms of that Nick couldn’t stop himself from writing that lyric and I suppose it’s about surrendering to the better part of somebody’s memory.

When I got the lyric from Nick there was something about it which kind of disturbed me. I initially thought it was about somebody else and so I went ahead and wrote the music, later realizing it was actually about Stuart Adamson. He was a guitarist who used to be in a band called The Skids – a hero of ours – who unfortunately committed suicide. The music was therefore born under this misunderstanding but it somehow seemed to fit. We also tried to replicate the sound of Steve Albini who recorded In Utero by Nirvana as we have worked with him before and are big fans of his work.

RUNNING OUT OF FANTASY

Probably the oldest song on the record, written in late 2010. It just deals with the fact that there are only so many things that you can do in a rock and roll band before you realise that it’s a job, a job that you love. You don’t need to live out the rock and roll lifestyle, you don’t have to worry about the ridiculousness of being old and on stage, it’s actually just enough to doing the thing you wanted to do when you were a teenager and it’s something that you love. So it’s a song that was trying to come to terms with all those things.

It was just a place that we had all been to when we were very young and a place we felt very connected to. I just loved the myth attached to Manorbier as an old castle in West Wales. Virginia Wolf also wrote there – it’s just one of those places that when you go there, particularly when you are very young, it just holds you, you connect with it and you don’t even know why. It’s also what you would call an amazing bad weather film set, if there’s a gale or a storm blowing on a winter day it’s just the most beautiful place in the world, you just surrender to the nature, the myth – everything. This whole track is instrumental. The album bounces between two polar emotions which are that you have got to be as honest in your despair as you are in your joy. Manorbier is about surrendering to something that you don’t really understand, it’s just beautiful and makes you feel good for no apparent reason and you want to stay there forever. Whereas songs such as Three Ways to See Despair and Rewind the Film relate to the surrender to despair – and you don’t question it.

This is about our 30 year war. It’s about the legacy of Thatcherism really and was written before she died this year. I suppose it came from knowing the Tory party won the election in Britain, which i accept, it’s a democracy and you have to accept the mandate of the voting public. However I do find it unbelievable that most of the cabinet in the Tory government all come from a privileged background, many from private education. This is not a vendetta against people who have had private education at all but it is about things being unbalanced. There should be some kind of internal constitution that has a representation of people from different social spheres in the cabinet. It just seems strange that people think that Thatcherism disappeared and the Conservative party became more cuddly – they didn’t. There are certain political bench marks to have happened in Britain, such as the Battle of Orgreave, the miners’ strike and the proliferation of stories that came from the corrupt police force of the 1980s up to present day. So it was called 30 Years War because it is a war that never ends. The status quo always manage to gain control in an insipid manner in Britain and in other countries too.