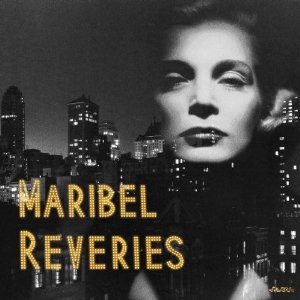 FALLING DOWN THE STAIRS

Watching movies I often find the opening scene the most important (Check out Blake Edward’s ‚Experiment in Terror‘ from 1962. Score by Henry Mancini). ‚Falling Down the Stairs‘ is meant to be the “opening scene” of the album. It strikes a chord, sets the mood, and foreshadows what is to come. The title of the track is hinting where we are going.

‚Jezebel Jive‘ is the first single from ‚Reveries‘. It’s a catchy pop tune with a bossa nova-like hip hop beat, heavy bass, sinister guitars and cool and distant vocal. It’s an ode to the femme fatales you find in movies especially from the 40s-50s era. My favourite femme fatale: Kitty Collins (played by Ava Gardner) from Robert Siodmak’s ‚The Killers‘ (1946).

We go further into the night on this one. John Barry is sneaking around through the whole track, cats are celebrating their nightly Sabbath. It’s all black and white. Like a copy of a copy of a copy…

YOU BRING THE SADNESS

One of the most beautiful songs I know is Chet Baker’s version of ‚My Funny Valentine‘. I guess you can spot the influence. It also has that eerie mood from a ‚Twin Peaks‘ scene. Last but not least I wanted to write a melody similar to those lullabies my grandmother used to sing for me when I was a kid. I always found those melodies so sad and beautiful.

It’s the late night come down. The curtains unfold. Again. A repetition of a repetition. Inspired by Baudelaire’s ‚Flowers of Evil‘ and the concept of Spleen and Ennui and Miles Davis‘ ‚Ascenseur Pour L’Echafaud‘ soundtrack among other things.

This one was for a long time meant to be the open track. It is probably the most cinematic influenced song on the album. It’s a dark bar-room-jazz kind of tune. In my dreams Artie Shaw is playing the clarinet on this one.

‚Slumber Street‘ is probably the most difficult song on the album and probably my personal favorite. It continually moves in different directions but keeps a recurring theme throughout the song. It’s not really a pop tune. It has more in common with cool jazz compositions. Which is very contradictory to the looped drums and the use of subsynth. A confusing and beautiful piece of music.

I remember when I wrote this song. It was early in the morning. I had been up all night. It’s one of those songs you feel are coming to you from a place you didn’t know existed. The chords and the melody suddenly appeared simultaneously and it felt like I was taking orders from someone else. I felt a little bit like Dr. Faustus.

For a long time I never thought this song was gonna make it to the album. I was happy with the idea, but it seemed impossible to record it. But when I listened through the songs before the mixing started I thought it was the perfect end to the album. There’s a lot of Burt Bacharach in it, a little doze of Beach Boys and Astrud Gilberto as well. A psychedelic bossa nova tune I’m very proud of.