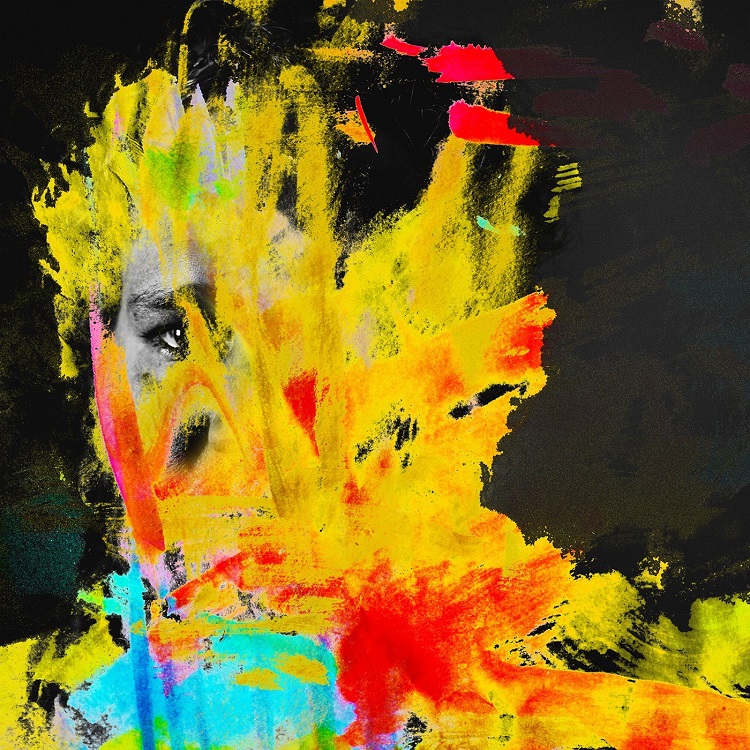 Bryan had taken a photo that I thought turned out really nice. There was a moment where that photo was on the table to be the cover. I was flip-flopping  on the idea of a portrait of me being used. Bryan had some ideas of how we could get around that, and find a balance. We did it one evening, & turned it in the next day. I was really just a side-eye, giving my 2 cents when needed… so I’ll let Bryan speak on the design principles etc.

The cover came together coincidentally. We tossed around some ideas to add color and/or texture to the black and white portrait. I planned to do some long exposure shots with various light sources to create a color wash to blend into the highlights of the image, but I was worried it may be too smooth for Mike’s aesthetic. Then, unrelated to the design process, Whitney proudly shared a watercolor that their 1 year old daughter made earlier that day. It had the right texture and I found it charming to get the whole family involved.  I stepped out for the evening and Whitney led the children to paint a few more so we had options. I still planned to subtly blend the layers into the photograph. However, as I blew out the paintings so they would be visible after dropping the opacity and imported them as layers, I began to see it differently. The layers of color started to remind me of Japanese oribe-ware pottery where intricate designs are often obscured by a haphazard splash of glaze. The curiosity about what is under the splash is somehow more engaging than the known reality.