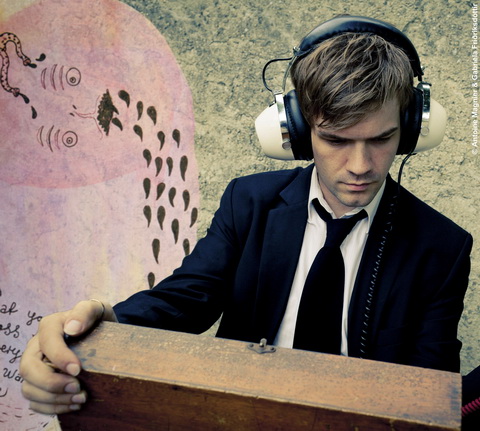 Many years ago, a Salvation Army pump organ – dusty from service and silent since the War – settled into the hands of a 15 year-old boy named MICHAEL WOOKEY. He began to play and record his own songs, and soon the pump organ was joined by other, more arcane instruments. An Optigan here, some Omnichords there, boxes of dead Casios waiting to be corrected. For the past few years, Michael lived in Paris, where he played regular concerts at Divan du Monde, Café De La Danse and Le Réservoir, and a monthly residency at the prestigious La Bellevilloise. He could also be seen performing his score for “Alice In Wonderland”, leading a 30-piece orchestra of toy pianos or recording innumerable musicians in his studio.

Michael performs perfectly eccentric melancholic songs, ranging from blues stomps with just voice and feet, to Game Boy-tinged electronica. It’s hard to put it in to words, but his voice is what binds it all together. He is generally alone on stage with his banjo, chains, toy piano and sampler, and sometimes accompanied by The Hiddentracks on horns, double bass, and drums. 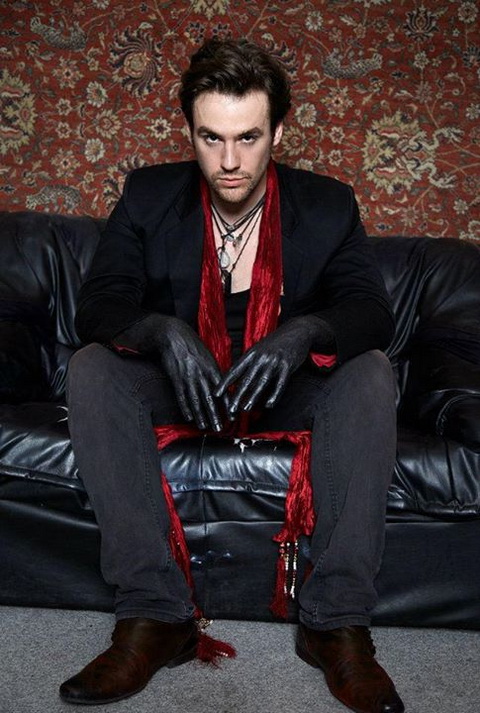 BUNNY SUIT, popular among devotees of the pop avant garde, bring twisted blues/trip hop with melancholic melodies and the courage to bring unique and unusual arrangements to the fore“ (Tip Magazine)

CAMERON LAING will do a duet show with French double bassist PAULINE DUPUY (Contrebrassens, Angil & The Hiddentracks, Michael Wookey…) at Monarch on Dec 8th. Performing a mixture of Cameron’s solo and Bunny Suit material, songs from Pauline and her bands, rearranged for piano and double bass. 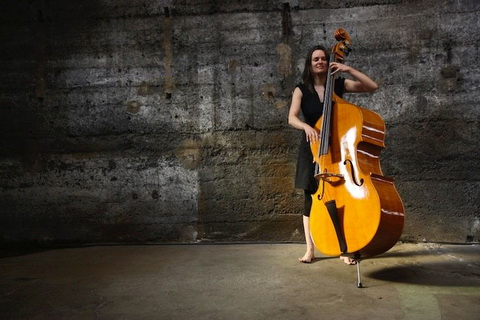