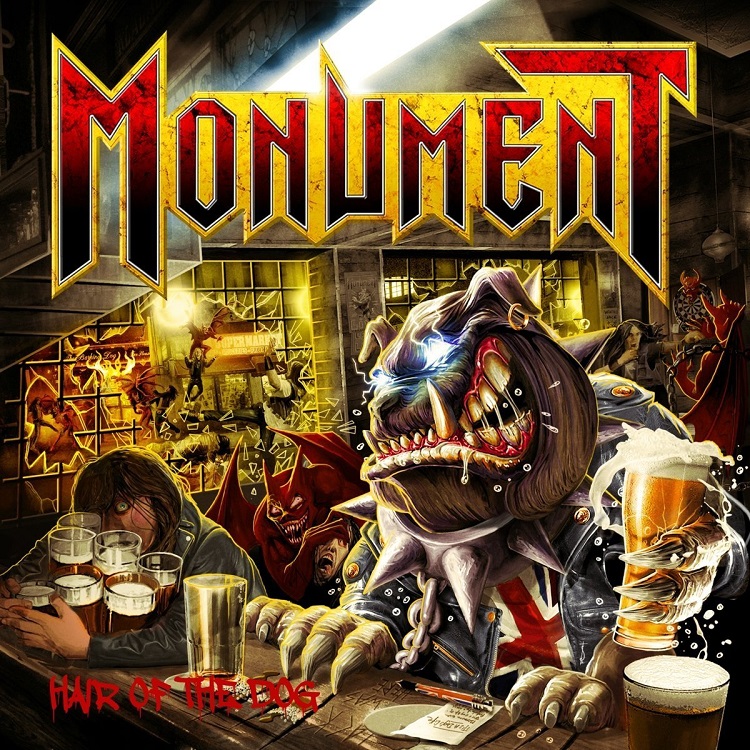 HAIR OF THE DOG

The song essentially describes a crazy night out in London. Musically it is a song that perfectly represents what Monument is all about. High energy tenor vocals, dual guitar harmonies, loud bass and hard hitting drums.

This is a fictional story about a man on the run in medieval London. A heavy Thin Lizzy influence on this one.

This song is about gang violence and urban culture. I’d say this is probably the most „Maiden“ song we ever wrote in terms of music, very catchy song, one of my favourites on the album.

A song about the life of Imhotep in ancient Egypt. This is my personal favourite on the album, musically I think it is one of the most interesting songs we’ve ever put out.

This is a tribute to the infamous Crobar pub in London which was the place where the first Monument gig took place and we also hang out at. It has a strong Diamond Head vibe which I really like.

A song about about a girl from Essex that I used to know a while back. This is probably the grooviest song on the album, some really cool guitar parts towards the end of the song too.

This is an instrumental, musically we wanted something that captured the essence of ancient Greece, at least from our perspective and I think we achieved it with this one.

A BRIDGE TOO FAR

I wrote the lyrics to this song with my good friend Chris Dale from Bruce Dickinson’s solo band. The song is about the battle of Arnhem in the second World War. To me this is our „Aces High“.

This is a very personal song to me, talking abut some of my life experiences but can be interpreted in different ways. There’s a strong Whitesnake element in the music

A song about the life of Richard The Lionheart. I love the way the song starts, with that little acoustic intro before it goes into full force with a really memorable guitar riff and melody, this is going to be a fun song to play live.