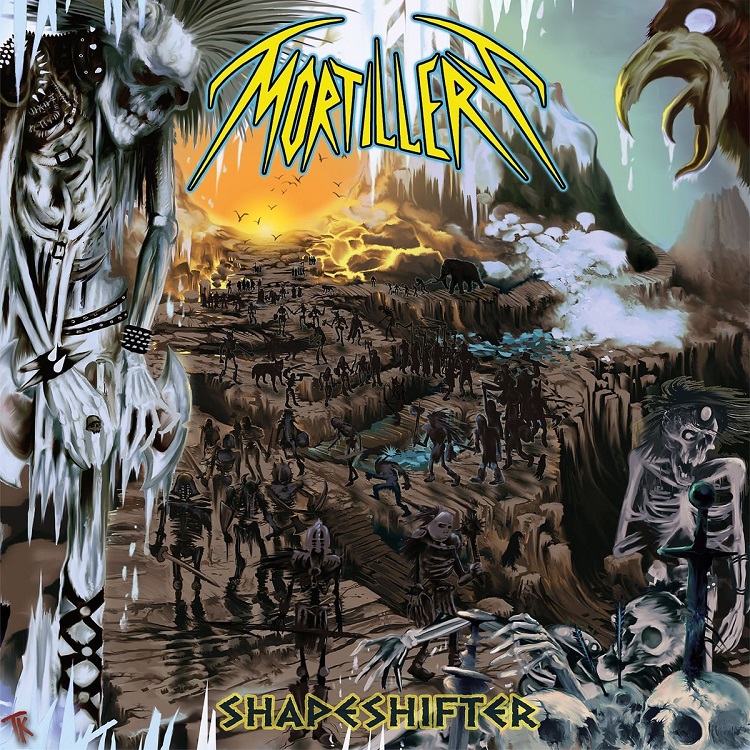 This song is about the bombing of Hiroshima in Japan at the end of WWII. The lyrics were influenced by a documentary that included accounts from survivors and information learned for personal interests.

We wrote this one in about 2 hours, haha. We like how Kent is playing a lead for like 80% of the song, it’s about Neanderthals. This is how we picture life would have been like in this era.

Is your typical 3 minute punk song, with thrash riffs in between. Miranda came up with the main riff and hummed it to us and we just came up with some riffs to complement it. It’s about Bullet ants and how they interact as a highly organized intelligent community.

This one is a fast mix of thrash and some black metal riffs and undertones. Our old guitarist wrote this one almost by himself. It’s mostly about the difference between man and animal. A human hurts others by choice, animals do only what is necessary for their survival and the survival of their species.

We tried to channel a little Dawn Crosby and the music of Détente on this one. That heavy old school 80’s thrash sound you know. Double solos for good measure catchy slower chorus, all that good stuff. It’s about the F5 tornado that hit our home town of Edmonton, Alberta in 1987. That day is known as Black Friday. Fun Fact, Miranda was born during that tornado!

This is a fun fast one with tons of rad riffs and progressions, probably one of our favorites to play but pretty hard to nail at shows haha. It’s about a cryptid that thrives on selfishness. Native stories say that some people who consumed human flesh would turn into this creature called Wendigo; it’s strongly associated with the winter, the north, and coldness, as well as with famine and starvation.

This song talks about how in Greek mythology, Cerberus often called the „Hound of Hades“, is a monstrous multi-headed dog, who guards the gates of the underworld, preventing the dead from leaving. This was one of the first songs we wrote with our, at the time, new guitarist Kent Quinlan. We focused on darkness and melody for this track, For sure a top 5 for us.

Arguably our favorite song on the album, this one was so fun to write with speedy crossover riffs and a cool tempo changeover in the middle. Back to back solos are a must in any good heavy metal album. Musically influenced by crust punk and black thrash n roll! It talks about paying for the poor choices that you make in life.

We went all out on the song progressions for this one, main goal was a super heavy and epic song with catchy lyrics and out of this world solos. I think we met our goals. This one is about taking action in changing the things in your life that you are not happy with.

As a nod to short punk songs this a minute and thirty eight of straight madness; a rad riff followed by a sing along chorus. No solo. It’s about Poveglia Island just off Venice where they would cast plague victims.

This one shows our appreciation for NWOBHM. Musically influenced by the 80 Japanese band Anthem, it talks about the suicide forrest (Aokigahara) at the base of Mount Fuji, Japan.