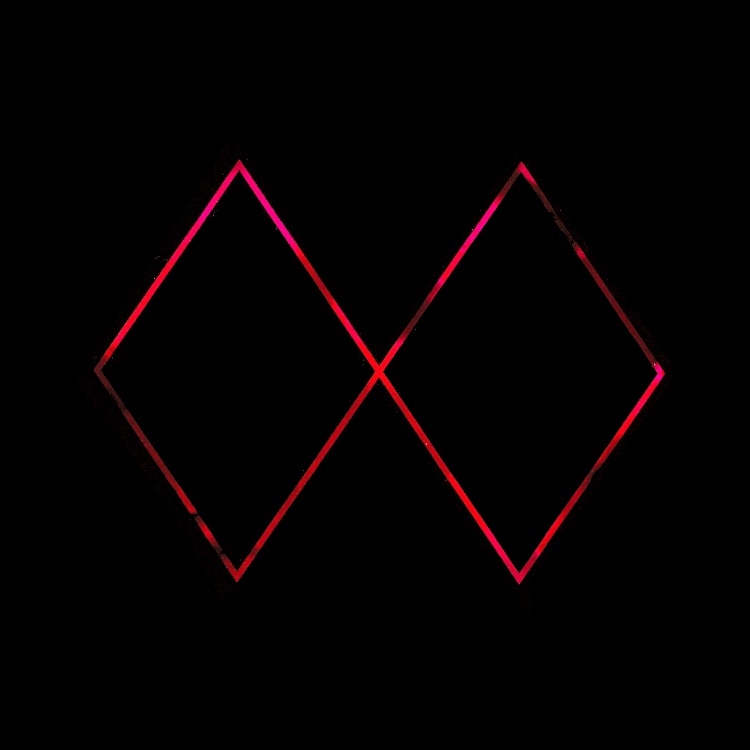 Our artwork for all releases is our logo, which is two diamonds, or an M over a W. The album artwork, which is red light shining through our logo on a black background, was first used in our video for the song &apos;Red&apos;. We&apos;ve always really loved this image and felt it was really striking. We also felt that this image was a perfect representation of &apos;Aetherlight&apos; and the ethereal and celestial qualities which we&apos;re really inspired by, and my girlfriend Holly Browning, a jeweller and graphic designer, was able to help us achieve this with her design.

Both red and pink have been colours important to the band’s identity throughout the years, they had used the glowing red logo previously but we wanted to update this and make the image deeper and more complex, to incorporate the themes of the album within the simple, striking lines of the logo. I took a beautiful still from their video for ‚The Electric‘ which consisted of old video footage and played around with the colours and composition until it felt right. We wanted the logo to look as if it was a glowing light, a heavenly aura breaking through the darkness. To me this represented not only issues touched upon in many of their songs but also their personal journey; the way in which as a band they have overcome obstacles and always come out the other side stronger and brighter.