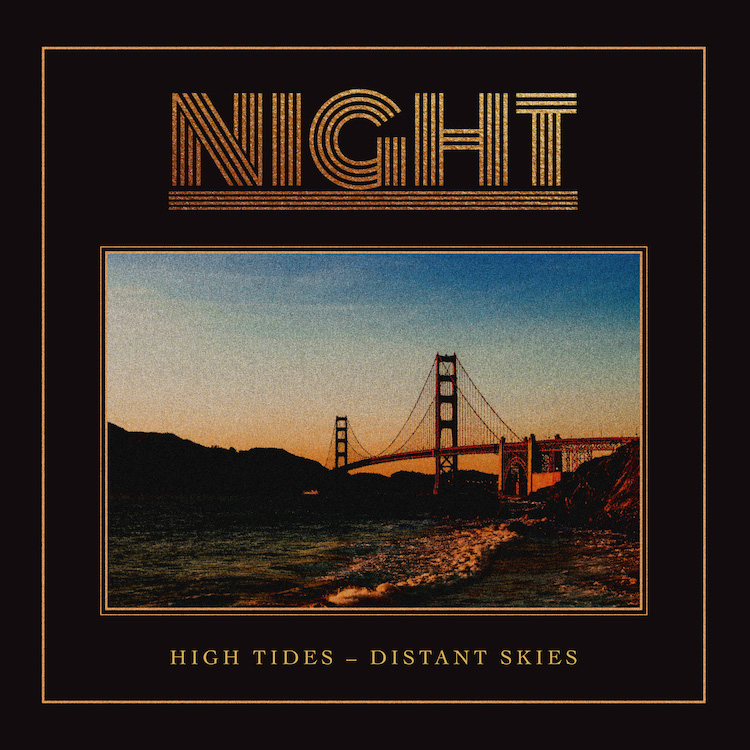 Taking its feel from the movie ”The Warriors” quite a bit, and something we could build on a beat for once! The guitar is also a big part of the chorus with its dominating twin harmony lead.

A piece of good old Traditional Heavy Metal, written with a pair of platform shoes tight on your feet!

Nodding our heads to the greatness that was Dire Straits, a band that has been and still is one of our biggest influences and inspirations. Even though more is of course more, less can sometimes be quite tasty.

FALLING IN THE BLACK

With inspiration from the wild west and epicness of riding into the sunset and then suddenly just be gone.

The last record had a bit of a lack of real chord driven riffing, so we thought that we’d might as well try it out all the way this time in a straight up rocker like this one. The tambourine is the most important part!

HERE ON MY OWN

You know that feeling of being left alone? In a constant way of searching for a mening? Exactly.

LOST IN A DREAM

What would George Harrison do?

GIVE ME TO THE NIGHT

We all need a high energy guitar driven rocker in our lives. Wishing we were in a band with Lemmy and Phil Lynott at the same time!

UNDER THE MOONLIGHT SKY

Since our bassplayer Joseph is so bad at keeping his ideas in order, this one was a mistake that turned out great!