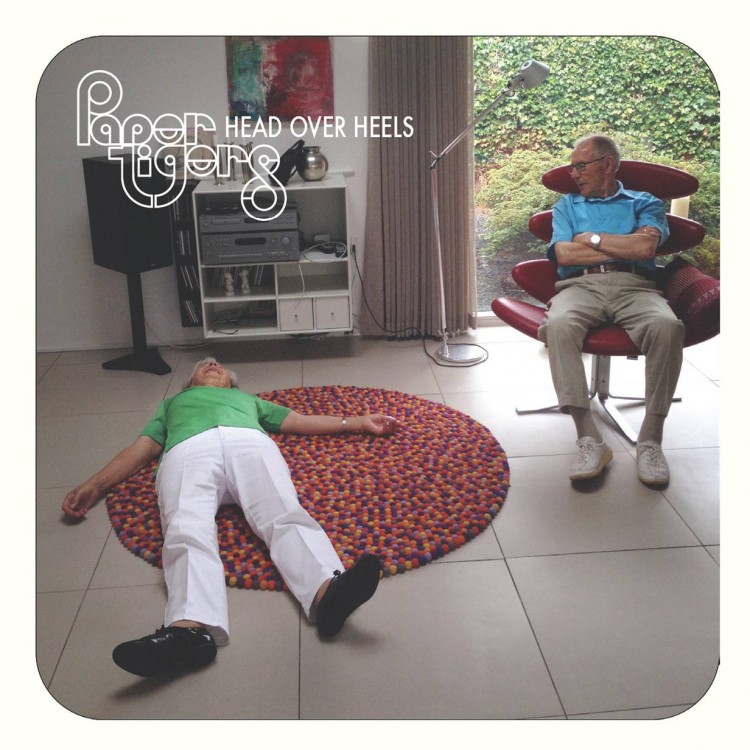 The first song we ever wrote and a song that has it all. Rock elements, catchy melodies and choir. The keyboards are on fire. This is why we chose it as the opener. The song was originally an idea Linus had before we started the band. And this is why it was also the first song we jammed in rehearsal and the first song we added to the repertoire. When we started the band, we were at a place in our lives where we rehearsed all the time, partied and drank a lot, and had a lot of fun with the girls we met along the way. Which is why the lyrics, including Turn You On is characterized by a time with a partying.

All of a sudden Linus met a girl that wasn’t like the others, and he fell head over heels in love with her. This is why this song is the only actual love song on the album. We’ve always thought of the song as a single,and wanted it to sound accordingly when we recorded the album. The Uh-Uh-Uh choir was originally only supposed to be after the middle-8. But when we recorded it, it lacked the icing on the cake, so we recorded it as an intro as well and turned it into the hook you hear on the track.

Yet another song about the Copenhagen nightlife. This time you’re standing on a dance floor and the bartender has just called the last round. This is why there are not a lot of ladies left. Actually there’s only one left. And when the time is passed five in the morning, she’s not the prettiest one either. But she’s “Better Than Nothing”. We were lucky enough to have Steffen Westmark from the Danish rock band The Blue Van, lay down some sexy vocals on the track and in that way turn it into kind of duet. We had been fans of The Blue Van for a long time and played as supporting act for them a few times – so it was great that he accepted the offer!

We needed a song that was just all about blowing the roof off – BOOM! With the stabbing Würlitzer-riff in the intro and the punch of when the rest of the band follows makes it an ideal party starter. When Nicklas threw himself into the chorus with a shuffle-beat, we loved it immediately. It was the perfect transition from a straight rock beat to a shuffly chorus that gives the song a whole new character. Soren Andersen (producer) had an old Burns 12-string guitar in his studio which gave the perfect George Harrison vibe to Linus’ guitar solo. The lyrics are about meeting the perfect woman, but not being able to surrender to the joy because you are afraid of losing her. You dare not tell her how you feel because she might not feel the same.

THE DEVIL MAY CARE

Also one of the “older” songs. “The Devil May Care” is a song that we had previously recorded in 4-5 different versions. It wasn’t until we started messing around with Mellotrons (the worlds first sample keyboard) the song found its right place. The Mellotron quickly became defining element in our song writing after this discovery. With the old sampled string, the song got less of a heavy vibe and more of a ballad/vivid feeling. When we played Soren “The Devil May Care for him”, he had a big grin on his face, but it lacked a middle-8! When we met up in Medley studios a few days later, Linus had written one to make it all more perfect. We found a beautiful Mellotron from the sixties in Sorens studio. It got used plenty on the album. The lyrics are inspired by a time in Linus and Andreas’ life where their father drank a lot and left their family for periods of their youth.

ALL INSIDE MY MIND

Every album needs a ballad! There was a long time in the bands lifespan where thought we didn’t need a ballad. We were a live band and we just wanted to have fun and play rock’n’roll. It was a fun thing for us to play with in the studio. We played around with Glochenspiels, bow on the bass and harmoniums etc. The lyrics are about how much you can disagree with each other when you are four individuals in a band. It can be hard to understand each other and come to agreement – but in the end the final decision is always the right one.

THIS IS NOT ALRIGHT

Tired of the everyday life. Walking around feeling restless all the time, searching for something new. This was the inspiration for “This Is Not Alright”. Linus remembers writing the guitar riff in his and Andreas’ parents’ garden. A beautiful garden filled with flowers and apple trees.  When we recorded the album the song literally got the sound of sitting in such a garden. Soren had some old sound effects from Denmarks Radio (Denmark public service radio and TV channel). We wanted the B-side to open a bit differently. So we used a recording of birds chirping on the intro that fit perfectly to the feeling Linus had had when wrote the first notes of the song.

WE SHOULD HEAD HOME

Nicklas remembers when we performed the song for the first time. It was at our old high school. We had just formed the band. We stormed the stage at a party. Played this song and showed people that this is a band that is going places! The concert marked us as a band. The performance was vivid, had a kind of “here we are. Get out of our way” vibe to it, and that is kind of what we’ve been doing ever since. We had started the band play those kinds of shows and write those kinds of songs. Rock songs about girls you don’t wanna dance with, but rather go home with.

Another one of those “kick-the-door-down” songs. The plan was to make a fast, punchy rock song that didn’t let the listener catch his/her breath. The keyboard riff (played on a Fender Rhodes) shuffled up and played in a lower tempo, got us thinking about a smoky saloon from an old western, where a man in a dirty shirt, suspenders and a bowler is sitting by a piano in the corner playing for a band of drunk cowboys. Soren loved the idea, so we found the sound effect that matched the scene from the Denmarks Radio archive and added a bit of goofing around in front of a microphone – provided by the four Paper Tigers of course.

THE NIGHTS ARE NOT MEANT FOR SLEEP

We all feel that sometimes. And it is no secret that the four of us feel that quite often. It’s so much more fun. The lyrics are actually a bit fucked up. But then again so is the rest of the song. The middle-8 in the song – where the song changed character completely is Nicklas’ favourite part in our concerts. When we recorded the song we wanted the middle-8 to go completely off the rails. We had an idea of the song getting all silly and all circus-like. We therefore got a friend of ours to play the trumpet on it. We also put some shouting on it a lot of other effects so it sounded like the same kind of fun we had when we initially wrote the song.

“The Nights Are Not Meant For Sleep” was initially supposed to be the last song on the record. It kind of concluded it all pretty well and it would be hard to follow the energy with another rock song. But damn it! We had recorded the songs we set out to. But there was something missing. The album wasn’t done yet. Soren wasn’t in doubt. “Another Ballad”! But we didn’t have any. The studio we recorded in was not in the cheap end of studios in Copenhagen, so we didn’t have that much time either. We went down to the grand piano with an acoustic guitar and twenty minutes later “Goodbye” was born.