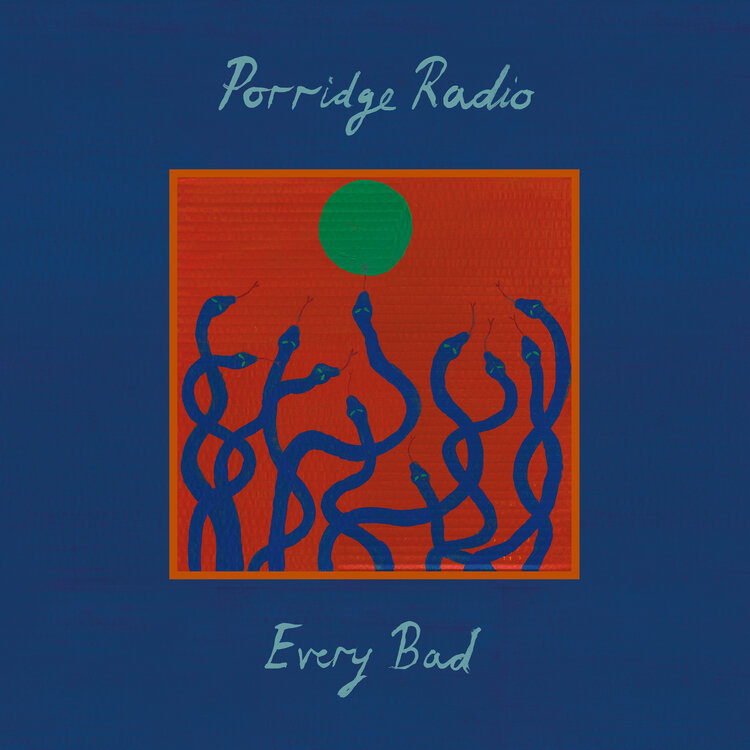 I’m really proud of the album artwork and I love how it all came together with the help of Mike and Miles. It came out of a few months of me painting obsessively in my bedroom every night to find something that portrayed the album in the right way for me. I think of the snakes reaching into the sun like something dark and difficult and chaotic reaching upwards into something better, which is the feeling that a lot of the songs on the album came out of. We also knew from the very start that this album was very blue, so I wanted to make sure that was really present in the album artwork.

When Porridge radio signed with SC, they already had a lot of material out there and clearly had their own wonderful style, led by Dana’s DIY creative energy. In approaching Every Bad, we wanted to help focus and sharpen the creative look of the band. We had a few meetings with Dana and encouraged her to refine and strengthen her visual approach to this album. We wanted her to look at repetition of style, form, and color palette to create a unified visual world that could communicate across albums, singles, and posters. In taking this approach, Dana delivered a series of stunningly powerful pieces of art that became the core of the Every bad album campaign.