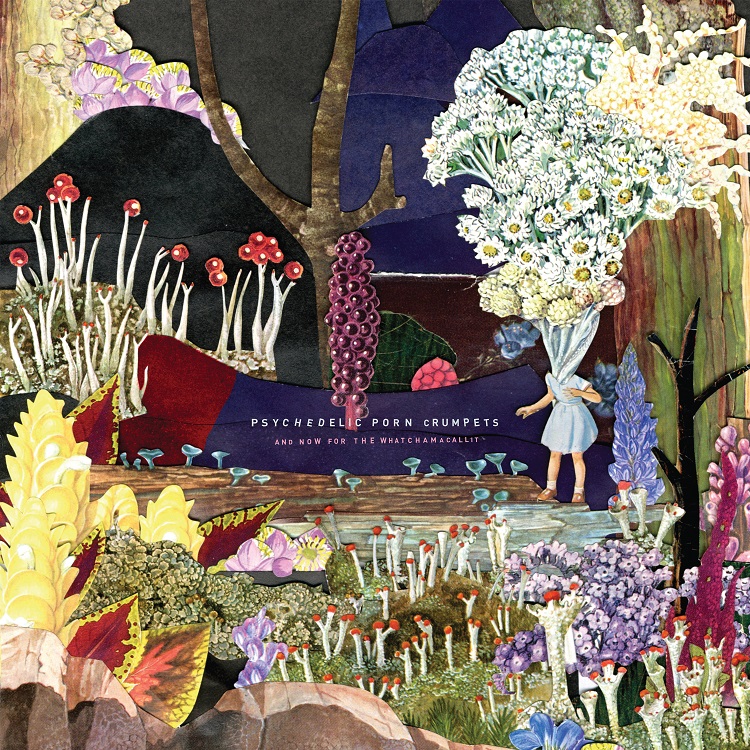 I wanted this piece to be fantastical, a kind of really twisted fairytale. The character is metamorphosing into the surrounding landscape, mutating into this flora abomination. Its hallucinatory, and has hints of Alice in wonderland to it, but rather than simply experiencing the alien world, she‘ s becoming one of the inhabitants. While dark, its not meant to be depressing, i like there being a sort of joy to whatever’s happening, a willingness to let it happen. The character works well as an avatar for the listener, travelling through the album and experiencing the barrages of psychedelic songs and the world the guys have created.

We came across Ben Giles while trundling through the vacuum of Pinterest, his artwork instantly mirrored the collage style we were planning for the album. We wanted a playful, mid 20th Century fun-fair type of sound that feels like a lost circus and Ben’s signature look was the catalyst for us to create such a colourful album. Looking at the record now it feels like such a complete package. I had the cover as my phone screensaver while recording the album which I think subconsciously helped with my recording approach, a little bit surreal, a little bit childish, a Whatchamacallit? Stoked with his help through the whole project, great bloke.