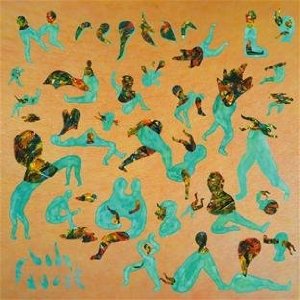 It’s about a sexual awakening but also about being really frustrated. A lot of the album (lyrically speaking) is very internal. There are a lot of different characters within the same person and lots of different moods. „Sebastian“ is about not being sure how to feel about that sexual awakening and not knowing how to handle it from a societal stand point. It also shows our electronic and ambient influences.

We’re very excited it’s the first single. We think it has a real radio friendly sound and people seem to be enjoying it. The video’s great, we’re really happy with it, so we think this is a good introduction to the album.

This was cool because we hadn’t performed it live and so a lot of it was figured out during recording. It was very much exploring the song in the studio. I think a little bit of it is talking about mortality in general and coming to terms with the fact that we are all impermanent.

All about Asheville, North Carolina, which is where Graham lived for a while, and it’s very snapshot-esque. Asheville is incredible! It’s surrounded by the Blue Ridge mountains that get their colour from a chemical called Isoprene found in the air and environment there. The song is similar to „Please Don’t Kill Me“ in terms of impermanence – the idea that you can be surrounded by something so great and majestic and know that everything is going to keep on going.

This one was kind of funny because it wasn’t really coming together in the studio. We had recorded it and ended up going back and re-recording the drums, keyboard and vocals. I think the thing that makes that song for me is that it was one of the very last songs that we recorded vocals to. Graham’s voice was just gone – like shredded – and it sounded so powerful!

One of the first songs that we ever started playing as a band and is named after the house we moved into after we all met. We moved into this yellow house which we called „The Houseboat“ and had a couple of shows there. So „Houseboat Babies“ is kind of about that experience and that summer and so it’s kind of a nostalgic song. It’s just about having fun with your friends and hanging out.

This song is about being in love with someone that you are not supposed to be in love with (for whatever reason) and how that person doesn’t care about you and the frustration that results in. It’s also named after a place in Virginia where we were touring up and down the East Coast and we would always pass an exit called „Natural Bridge“. We thought it was a pretty cool and literal name for a place.

This song actually has kind of a cool story. We played in Chicago where there is a theatre group called the Neo Futurists who do this thing where they perform 30 plays in 60 minutes – the material they write is true to life and they write it together. One of the skits they performed was basically about one of the actresses who was riding her bike with a girlfriend through Chicago and her girlfriend was killed by a bus. The whole thing was just really really intense, it was probably the most intense minute of my life that I have experienced. So I think that was just a really powerful experience for everyone in the band. We decided to name the song „Ghost Bike“ as a ghost bike is a bicycle that somebody chains to a pole or something and spray paints it white, as a tribute to a person who has died in a bike accident. That’s probably one of the heavier songs on the record. (Andrew)

Gives a sense of optimism and hope. It’s about moving into a new place and having new opportunities that you don’t really understand when things are a little bit difficult and you are figuring everything out. That transition kind of says a lot about Reptar because often we will pair fairly introspective lyrics with fairly upbeat major key music. It’s not irony or anything, we’re not just going to play something to make you as depressed as possible and just throw you to the ground. We are trying to give people a way out of it, to show that you can acknowledge something is happening but that you can keep going.

This is about a planet that has recently been discovered and potentially hosts life. We are huge space nerds! It’s cool because that song is outward focusing, whereas a lot of our other songs are inward focusing. It’s also funny because during pre-production we were playing that song with a different chorus. As we were recording Ben came in and said, „Guys, it’s good and what you are doing is great, but I want you to listen to a song really quick, because I think you are a little too close to it.“ And he plays Roller Coaster of Love! The first chorus we had was so similar to that in terms of the chord progression and the rhythm – I think it was my fault because without thinking I started doing the bass line! So we wrote a new chorus to it and gave it a totally new energy and I think it fits so much better.

This song was actually started at this party that we played in Orlando, Florida, way before we had even written the song. We probably would have completely forgotten about it, but somebody filmed it and put it up on YouTube so we re-learned it, although it sounds way different to what it does now.

This is all about space and is maybe my favourite song on the album because it has such a great sense of space. It is just very ethereal and it helps me deal with stuff. I will go back to that song when there are things in my life that I don’t want to think about for whatever reason, or I feel like I am starting to lose grips with something.

Definitely the most intensely emotional song on the album and I think it was the hardest to record because of that. A lot of the content deals with this intensely negative experience and losing yourself within that and thinking about how to overcome something that seems so insurmountable. I think the answer that the song suggests to me is kind of about friends and loving them and other people. If you start loving other people it will help you as a person to move out of whatever experience you are having. I think one of the cool things about the whole record is that you can interact with the songs on a number of different levels. For example, you can put it on and dance and not think about it, and that is totally fine. If that’s how you like interacting with music then we are going to help you do that. But the more attention you give it I think the more you get from it, which is true of most music, and I am glad that we are able to do that to. (Ryan)