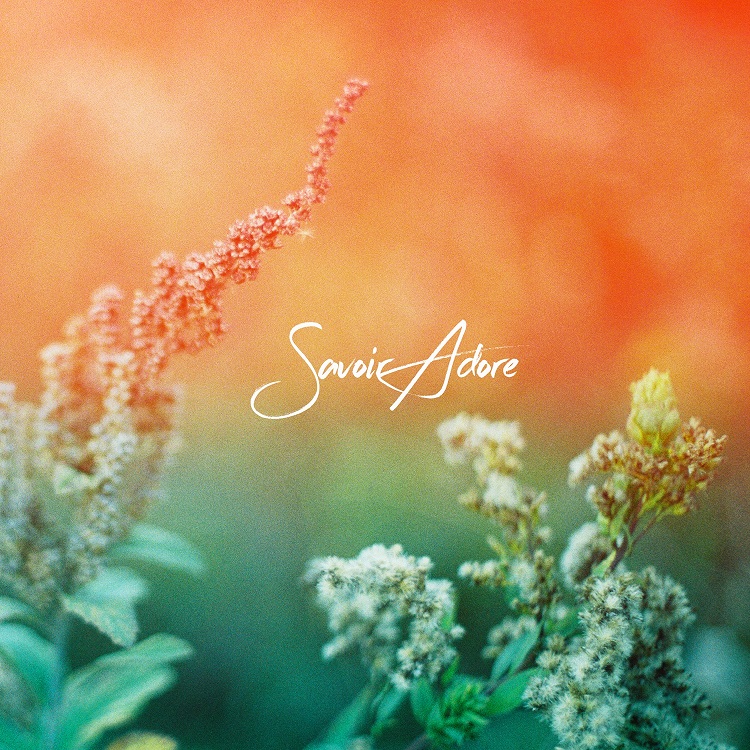 A song to listen to before the sun comes up or right after it sets, whenever you want to feel like making something. The hum is the thing that we can’t pinpoint or define, but it keeps us going while we keep it going. It’s love, it’s pain, it’s creativity, hunger, power, it’s you, it’s me. – Lauren

Every one of our records has a song that kindof ties it all together. Oddly enough, the phrase “baby, we’re about to bloom” came to me in the shower one day, and then Lauren and I wrote the song in a couiple hours one afternoon. The idea quickly became a centerpiece for the record. It represents so much to us – change, discovery, growth, becoming. It inspired a lot of the other ideas we explored. – Paul

WHEN THE SUMMER ENDS

Every summer is special, and there’s nothing quite like that haze of nostalgia. All of the emotions and energy connected to the passing of time, and how we grow with it.
‘Do you think the moon would fall into the sea if it pulled on the world as hard as your love’s pulled on me?’ That lyric sums it up for us – a love with the weight and magic of the moon, but the impermanence of a season. Taking something started carefree and asking it to be more. In many ways, that’s the feeling of summer … we wish it could last forever.

This was a slow burn. I would say it took an entire season (or two) to finish. Listen to this when you’re driving somewhere by yourself. The original idea came right away with the band all in one room, and then we let it ruminate and marinate…It survived multiple versions and I think what we ended up with is one of my favorite songs I’ve been a part of. I tend to like teaching myself lessons over and over in my writing. This one is about impermanence. Every bit of change that you wanted was something that you needed. You don’t need a reason…everything’s a season. – Lauren

Body Heat is a song about awareness – knowing your worth and what you’re comfortable with. Sometimes we want more than we’re getting, sometimes we give less than we should. When you put it all on the table and everyone is on the same page, you decide what works for you and what doesn’t. When you’re aware and checking in with yourself, you get to call the shots. Sometimes it’s easy, sometimes it’s hard, but it’s always up to you. – Lauren

Everybody needs a love that’s understanding. When we get that and when we give that, the slow-motion scene in the movie happens – time stops, the camera pans across the room, following everyone as they dance with each other in slow motion. Maybe it’s an oversimplification of the complicated world we exist in today, but it’s a really nice thought.

Love is hard. We put ourselves through a lot to make relationships work, healthy or not, but I think it’s a pretty universal experience. Sometimes we make it through and are better because of it, sometimes it all implodes and … we are still hopefully better because of it. There’s something beautiful about giving someone or something your all, even if it leaves you metaphorically bruised. – Lauren

We wrote this in an empty mansion in Beverly Hills. That version of the musician lifestyle usually feels so far away, so in that moment I quickly saw a fictional rockstar, traveling all over, with a partner at home that they wanted to keep. It’s not an easy task, but the song more or less touches on that lesson of impermanence again. We’re just navigating weather. – Lauren

LATE TO THE PARTY

Like Body Heat, Late to the Party is a lot about awareness, and knowing who you are and being ok with that. We showed up (literally) late to a friend’s party in LA and everyone was way ahead of us – drinking, smoking, very much partying, and we felt pretty out of place. It’s a pretty specific feeling, but I think something everyone experiences as they get older. The next morning, we wrote a song about that feeling, and what can happen when you accept being ok with it. – Paul

New Moves was a bit of a fluke. I don’t call myself a guitar player, but as an exercise I sat down and Paul recorded whatever my fingers decided to do. It was quite literally a new move. Everything was written around that initial instrumental hook. We wrote two full verses that we eventually trashed, took away the produced track and started over again on an acoustic guitar. Different words came out and we pieced it all back together. You can turn it around if you want to. – Lauren

This is California to me. It’s seeing the ocean from the window of your car, it’s moving to the west coast when you’re 18, it’s your first boyfriend or your last girlfriend. It’s feeling understood and also alone, separately and at the same time. – Lauren

This song is my exit interview. – Lauren
Shout it from the rooftops! – Paul