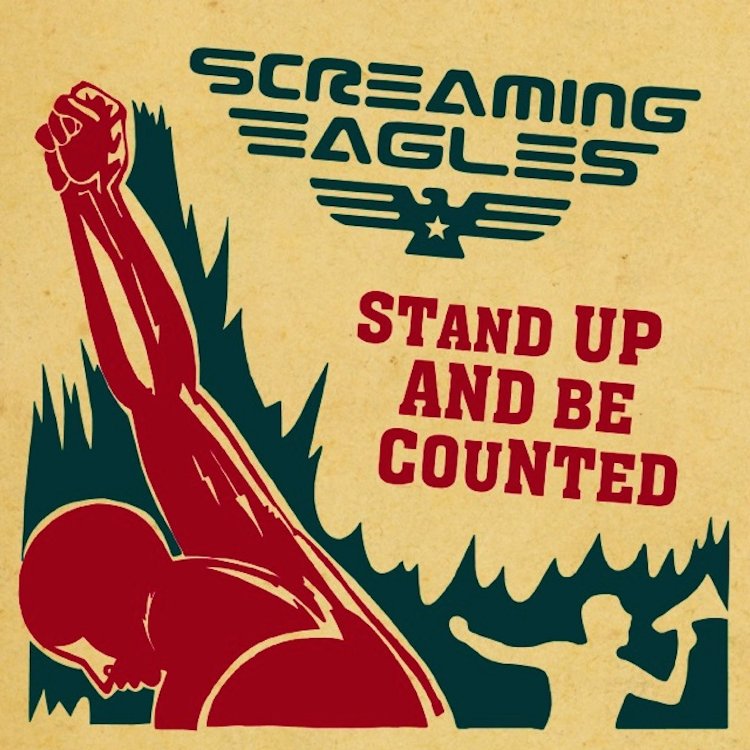 It’s been a little over 2 years now since the release of our debut album From The Flames. We have toured, promoted and played some memorable shows across Europe and had a blast playing on the same bill with some fantastic bands. The time came to get back into the studio.  With the success of our debut comes a little pressure to follow up with a record equally as rocking. We didn’t go into the studio with any preconceived ideas on direction or style of music. We simply let whatever each of us happened to be influenced by at the time of jamming, come out in our song writing.

READY FOR THE FALL

This one kicks off the Album. It’s a full-throttle, no let up , juggernaut of a track!  Don’t be fooled by the negative nod to falling. It’s natural to want it all, the best of everything, but not everyone reaches the heights of their dreams.  It’s how you cope if it doesn’t happen and show courage getting back on your feet.  It’s one of the quickest tempos we have recorded and one that we did road-test prior to releasing, it’s really fun to play live.

That’s the first single to be released from this record.  It’s a pure face-melter.  It shows a progression to what we had written before and it displays diversity in the various tastes of genres we share between us.  We had a lot fun in the rehearsal space seeing this track come together. It shows we have more than just good time rn’r up our sleeves and the anthemic chorus hopefully will have fans singing it back to us with their devil horns raised in the sky.

STAND UP AND BE COUNTED

It lends itself to the title of the album as we felt the time had come to really try and mix it with our other counterparts and see where we stand, to be recognised for what we love to do and to justify why the four of us get together to write and perform rock n‘ roll. This track has a real groove and the beat literally sucks you in.  Your head will sway back and forth and you won’t be able to do anything about it!

BOW DOWN TO THE BLUES

This Song does exactly what it says on the tin.  Sipping moonshine from a bath tub, some old man plays cigar box Blues. Blues is the blueprint, the building blocks of what we understand to be rock music.  Without it, there may not be rock ’n roll as we know it today!  This is a homage, a tribute to those who paved the way for the music we know and love today.  Before blues there was nothing!

“Chase You Down” is a track that may be surprising to a lot of people and was one which evolved significantly from being written in the rehearsal room compared to the recording sessions, almost unrecognisable.  It has a funk-soul under-currant during the verses which hooks you in then explodes into a riff-tastic outro but all the while retaining that funky rhythm.  Can’t wait to see how it’s received.

GET OUT WHILE I’M AHEAD

This track also changed quite a bit from the initial concept and it’s where Ross Cullen, our producer at Railway Recording studios, really pushed us but it was definitely for the better.  It demonstrates light and shade in different parts with a really catchy sing along chorus.  It’s a track you want to come on while driving in the car, the long open road and you’ll wish your stereo had volume number 11.

“Streets Of Gold” sees the heavier side of the song writing coming out again and rightly so!  The thundering intro sets the tone with its simple yet powerful groove, again, you’ll find your head rocking to and fro.  The guitar solo has heaps of squeal and sores on the back of a clever key change, taking you higher and higher.  If you weren’t awake, you will be now!

BREAKING ALL THE RULES

That was a late addition to the record.  Here we get back into that southern American groove that will have the feet stomping.  It’s infectious, it’s got hooks, riffs the lot.  Chris‘ vocals hint towards lost and rekindled love. It’s that can’t live with them but can’t live without them feeling we’ve all experience at some point. Whoever ‚they‘ may be.  Rules?  They were made to be broken!

This one is another quick tempo, no let up scorcher. If you see them coming, you better run, they’ll take no prisoners yeah there’s a bullet inside my gun. The Airborne Division 101, the band of brothers.  Imagine facing your enemy who is bigger and stronger but what you might lack in size, you make up for it with guile, guts and the knowledge of having conquered all that have stood before you.  This analogy compares the four of us who have risen to the challenge of the toughest crowds, the longest journeys.  All to rock those who stand before us with every drop of blood, sweat and tears and at the end of it all have them screaming our name back at us. There ain’t no better feeling!

This is where we remember our hero’s, those who have lived fast and died young.  The infamous age of 27 where many lives including Kurt Cobain, Jim Morrison and Jimi Hendrix have been lost while experiencing the trials and tribulations of rock-stardom and all that comes with living life in the fast lane.  What would it be like if we could have some of those guys back doing what they did? Or is it better to let the legacy tell its own tale?