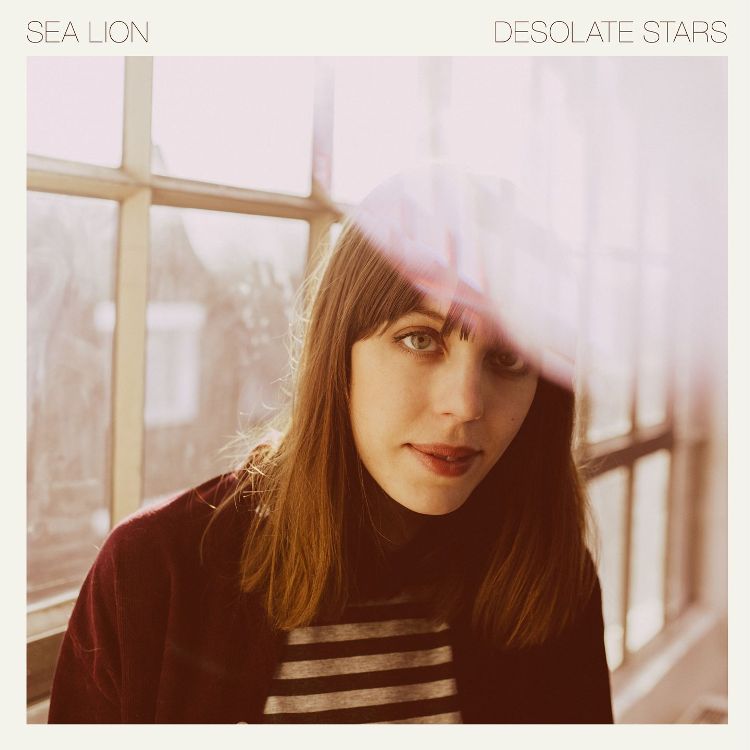 I didn’t really know at first how to start the record off with ‚He Wears A Smile‘. It felt weird. So I wanted to make an intro, and I sampled my radio for this track and wanted to make it like a sort of ‘tuning in feel’ to the album. Like how you turn a radio to the right frequency to get a clear sound. That’s how I wanted it to be, like you fiddle around a bit and then bam there comes the first track.

HE WEARS A SMILE

This was the first song that gave direction to the album. I had already made another record that I wasn’t very happy with when I made this song. Everything that I had done before didn’t feel dark enough, like too lightweight and I didn’t know how to get that darkness and depth to the songs that I heard in my head. Anyways, I borrowed this distortion pedal (which was my first pedal experience) and I just got crazy, like why the hell haven’t I’ve used this before. Everything got really fun and inspiring and I stayed up all night recording that song while it was the biggest thunder storm outside. You can hear the windows cracking from the wind in some parts of the song. When I finished it I was like, I need to make an album like this, so it was the first song, which is also why it’s the first on the record (after the intro).

I wrote this song after an unfulfilling experience with a man and about a feeling that I struggle with a lot, that I guess lots of people feel. A desire to feel love, to feel more deeply about the world and yourself and your lovers. To feel alive and awake and inspired in the small things, like when you put on the coffee in the morning. I want to do it amazingly, but it often feels mundane and docile. Like it should cus it’s fucking coffee on a Monday morning, and like it shouldn’t cus it’s life and we could be gone tomorrow.

This is a song about another thing that I experience a lot, feeling ghost-like and not quite there or not being able to focus on things that other people seem to focus on. I’ve had that feeling since I was a kid, of being very indifferent to things and always observing instead of participating. It bothered me a lot when I was younger cus when you’re young you’re forced to live a life that’s not really yours, with school and parents telling you what to do, but these days I’m more at home in that feeling.

My boyfriend Truls helped me out on this one a lot, It was pretty much just a weird thing I had put together with some piano and reversed guitar. I didn’t plan on doing anything with it but I asked my man to show me how to re-amp sounds cus I didn’t know how to do it, and we did it through one of his fuzz pedals and suddenly it just sounded amazing. It had this really sad gypsy feel to it before but with the piano fuzzed up it got really powerful I thought, so I decided to put it on the album.

This is a song on the same theme as Ghostlands. It’s about feeling like you’re just passing through places and that a certain life that you had imagined for yourself might not be what you will have. It’s about finding new ways to live your life and finding joy and acceptance in what you are even if what you are is not who you wanted to be. It’s sort of a love song but it sounds kind of depressing in all that minor.

This is a song that I wrote at the same time as I recorded it. It’s about how hard it was for me to get to a place where I could love without suffocating people. I think it’s so hard to be in a place where you can let people be themselves and let them be free and wanting the same for yourself. It’s a song of the fear of being abandoned and not being enough on your own but how there’s always some comfort in solitude too once you get past that fear even if it’s just for a while.

This one was so hard to record. I had it in a million versions and they all sounded so depressing so once the record was done and it was all mastered I got a bit edgy and I knew that I had to do another version and I got into this super manic state where I didn’t drink or eat and didn’t leave the computer for 8 hours whilst recording it. I had no idea what I was doing at the time but now I know that I just wanted to end on a bit more of a hopeful note. It’s about being depressed about all the shit that goes down on this planet and trying to find a balance between being aware and being happy anyway.

THE ARTWORK FOR DESOLATE STARS

It’s a photo taken by an English photographer called Jenna Foxton. She shot it in a beautiful space somewhere in London. I can’t remember where it was but it had wooden floors and was a big empty room where the sun came through the windows for a little while on that super rainy day. I really loved how it has that pink haze. It made me think of transparancy and that sort of hollowness I spoke about on some of the songs, but in a beautiful way. How you can be like barely there but still be beautiful and matter very much. Some man (I don’t know who he is) but he’s a friend of my record label, did the layout. It’s very much classic and not at all how I requested it, but it turned out so much nicer than what I could’ve ever come up with.