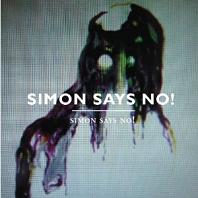 E: Wow…. this song we tried in so many different ways. It’s a combination of two different ideas. We changed the groove over and over again, the melodies, the hooks. The idea was to make a massive intro song that just got bigger and bigger. We wanted it to be a mix between being very diffuse and in-your-face. Ended up a bit punky, too. Really love this song.

R: I just started playing that guitar hook. Even went Ringo on it. And it just naturally evolved from that. It was also gigged a lot before the studio. In the studio our approach was to try to make it a fresh-sounding shoegaze pop-rock song. With Mr. Patterson behind the desk it also got that massive American sound. So the inspiration was a mix of a lot of things, really. And an evolving songwriting process. The lyrics… well, Nick Terry, who recorded it with Patterson, got really touched by it, so it might be about him. It’s basically about not being who you want to be

E: My Bloody Valentine meets U2… haha. But not untrue, though. The inspiration was Ruben playing too loud, with too much reverb on his favourite chords and making a song out of it. It’s inspired by very psychedelic stuff, we just wanted it to go on and on with different elements coming in and out. But ended up with a huge climax anyway. We sent the guitars through all the reverb stuff we could find in the studio to make the wall of sound as big as possible. Added lots of percussions to make it a bit more dynamic. A big job to mix this one but Nick did an amazing job! Our one and only 100% love song.

E: And Ruben emerges as the risen Ian Curtis for the vocals… amazing.

E: Hehehehe….. inspiration. ROCK! We had a lot of fun with this one and never thought we actually would get a song out of it. This one’s about just having fun in the rehearsing room, and then taking it home with some gazey guitars. I don’t remember the inspiration for the lyrics… it just ended up like that I guess.

R: Can’t believe we actually managed to pull this one off.

E: Ruben’s little baby. Lyrics: Wanting to be something else, but not knowing how to do it.

R: Melancholic marinade… just had a feeling, and chased it. Lyrics: Not being good enough in your own eyes.

R: Punk hooks, stooges and old freak show circuses of the 1920s. Just wanted to blast it all out, MBV on speed. Lyrics: The Long cold, dark and rainy winters of Bergen… and longing for the summer vibration. Being in love.

E: We wanted to make a really dynamic ballad. With both the quiet and the loud. Wanted something very smooth that just went on and on, and then blast it out with crazy vocals and guitars. It’s very emotional actually. It’s all about the feeling of it.

R: It’s about looking back, missing the old you, and at the same time realizing you never can go back. Meeting someone within your dreams.

R: Running… moving from one place to another. Happy feelings, in a dark sound. It’s a love song.

R: Cutting an orange and getting juice in your eyes. It hurts… just like fucking up something else that should be really simple. Anger!

R: Mystic feelings, drowny sounds… sexy beats. Dancing around the fire. Hopelessly waiting for something good. It’s a love song, and I wanted to mix in religious elements, so the song is written to be a hymn.

It’s painted by a talented friend of ours. Tyra Tingleff. We love her work and asked her to send us something new inspired by our music. We also used her paitings on the EP. We took a picture of it on a screen, and messed it up a little to match the rest.

In some way we feel it’s an awesome visual interpretaion of our music and sound.