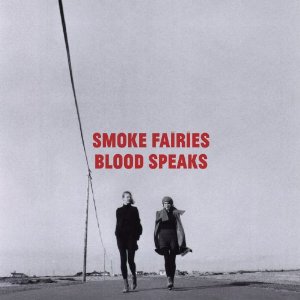 This song has quite a direct and immediate feel, melodically and lyrically, so it felt like the right way to kick off the album. In general we wanted „Blood Speaks“ to move in a bolder and more intense direction than our previous recordings.

Sometimes I can’t sleep very well and end up lying awake listening to the city waking up. I find that half light just before morning breaks an interesting time. I wonder who else is awake and what they might be thinking about. The thoughts you have in the half consiousness while drifting in and out of sleep are sometimes odd in the way they conjure up your desires but are only half connected to reality. We tried to make the instrumentation reflect that feeling of being half awake.

The Three Of Us

For me, this song is a celebration of friendship, life and the experiences we share with people. I often get reminded that at some stage, in one way or another we will part with everyone we know and how important it is to value what experiences you share with people. The song is set somewhere in the desert, out on the road.

We spent a lot of time travelling across the States last year. On one particular trip we were driving ourselves around and each day we drove vast distances. When we went to sleep in the motels at night we both kept having the same dream about flying off the road in the car. I like the feeling of madness in this song which I think resulted from that experience.

Take Me Down When You Go

This song has quite a cloustrophobic feel lyrically. People have picked up on the line ‚Something dies when you fall in love‘ as being quite sad, but really it was meant to reflect the idea that sometimes good things come out of something else being destroyed.

Feel It Coming Near

This was inspired by an event that happened in the last century which caught my imagination. I would rather the listener interpret the song in their own way so I am not going to say which event. I love the viola part in this song. It is eerie and creates an uneasy feeling but I find it very beautiful.

London has been our home for some time. Sometimes it can be a crushing and frustrating place, as you fight your way through the daily grind and the routines that govern your lives, and sometimes it can be an amazing place. I think having conflicting feelings about the place you call your home and the relationships you build withing that place can inspire many songs. This is one.

Version Of The Future

AThis song is about the start of something. That uncertain time when things can either evolve into something wonderful or fizzle out. It has quite a city feeling.

The guitars provide a dreamy backdrop to a quite a filmic song. I’m always interested in the relationship we have with our memories. Certain memories can come back to you as a series of disconnected images, like looking at an old film flickering up on a screen.