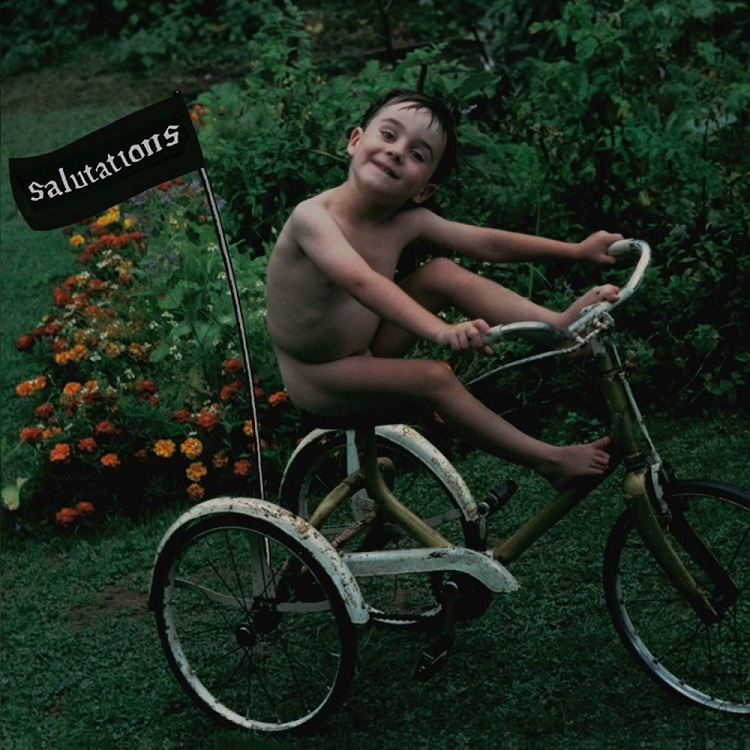 Salutations was recorded in our own make shift studio in East Berlin. We recorded and tracked everything there ourselves and then mixed the record with the master Nick Foglia at VOXTON studios in Berlin. The cover artwork is actually a picture of our drummer Mike Tweed when he was 4 years old. We caught eye of the picture when we were around at his place and immediately thought it would be a great record cover.

Peter: This was one of the first songs we wrote for the album that we knew would definitely make the cut. It started with the baseline, then as soon as the main chorus riff was written and Mike laid down a powerful groovey beat it was pretty much done. It all came together very quickly and was always going to open Salutations. We’re hoping for a disco remix! The lyrics were inspired by my Grandfather who took his own life as a healthy minded man in his late 80’s ,instead of waiting to die from cancer he was suffering from.

Brodie:This song came about from experimenting with some drum and baseline loops. After much tinkering, the very lo-fi demo was fleshed out and recorded with a fuller arrangement.

Peter:The first demo was very slow, I quite liked that. Although we managed to retain the slightly industrial feel of the drums from Brodies demo.

Brodie:The outro was an extended live jam which which just tacked onto the end of the song.

Brodie:This song is actually a remixed version of a an earlier recording we made. The first version of All We Need is us experimenting with recording gear we bought with some money we managed to get from a sync and figuring out how we were going to go about recording a whole record by ourselves as we’d never done anything like that before.

Peter:That original mix is featured in a compilation called „10 Years 8mm Musik“. The mix master Nick Foglia gave it a massive working over when it came time to put the song on Salutations. We always wanted to have a song where Brodie and I both sing together throughout the whole thing.

Brodie:Ghetto Drum was the last track we wrote and recorded for the album.As we were winding down from a recording session we began to jam on a bass loop. The song is very groove oriented and I think it has an end of summer type vibe. We had a lot of fun experimenting with the quiet parts of the chorus while recording.

WAVES IN FRONT OF ME

Brodie:Waves was written in much the same way as Settle Down. It was the first single on Salutations Tinkering around late night in the lab with organ loops, quadruple-track vocals and a repetitive drum beat.

Peter: The double tracked slide guitar lines were added later, I like how they are slightly out of tune.

Brodie: Yeah I guess It has a pretty , Sleepless, pent up and a tad anxious vibe to the lyrics. It’s the first single from the record and if you want an insight into our warped minds, check out the video.

Brodie:The only thing that remained from an earlier version of this song to the song that ends up on Salutations is the chorus guitar lines and the chorus vocal melody. The original recording had this kind of spaghetti western theme or something, which we weren’t fond of at all!

Peter: I love how loose the whole song feels. Brodie , Mike and I have been playing together since we were in high school, so we’ve got ourselves ‚into this mess‘ of playing music together and not seeing any end in sight. Well, that’s the kind of sentiment of the song. The outro was a spontaneous moment captured live during one of the takes while recording. We liked it so we left it in. It’s one of our favorites live.

Peter: We never really like to get to literal when it comes to lyrical content but this song is about a friend of ours that was going through some rough times.I was kind of experimenting with this kraut rock based drum beat and a guitar loop when making the track.Then this kind of americana guitar lick came from out of no where and then the song was done basically. Was also written very quickly. When it came time to mix the track we wanted to push everything to the max through this beautiful console at voxton studios. That’s why the track is heavily distorted.

WHY ARE WE NOT FADING:

Brodie:This was a refurbished version of an old live staple of ours.It had a few different incarnations before we came to track it and at first was a lot more ‚rock‘. Even more so than it is. It has more of a mantra than a chorus. Live, it takes on a different shape and we like to extend the mantra.

Peter:I had this track completely done and kicking around for a few years in a different form but we never really did anything with it until one hot summer day during the recording sessions for Salutations. I guess we were all on the same vibe , it started with the baseline groove melody and it just kind of flowed from there. The basic track including the guitar lead was recorded completely live on the 2nd or 3rd take. 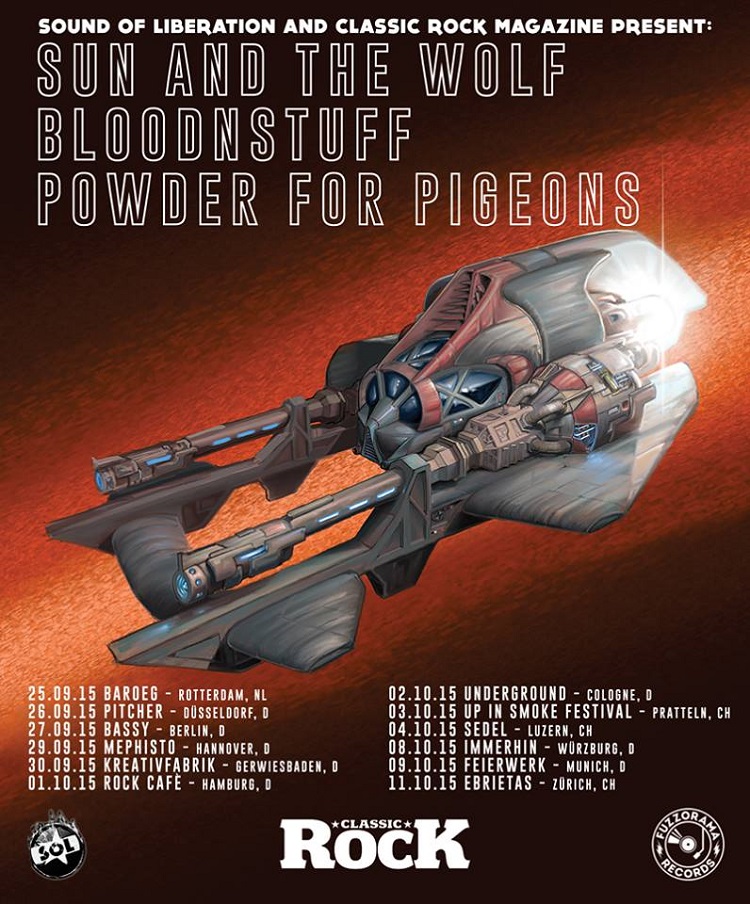