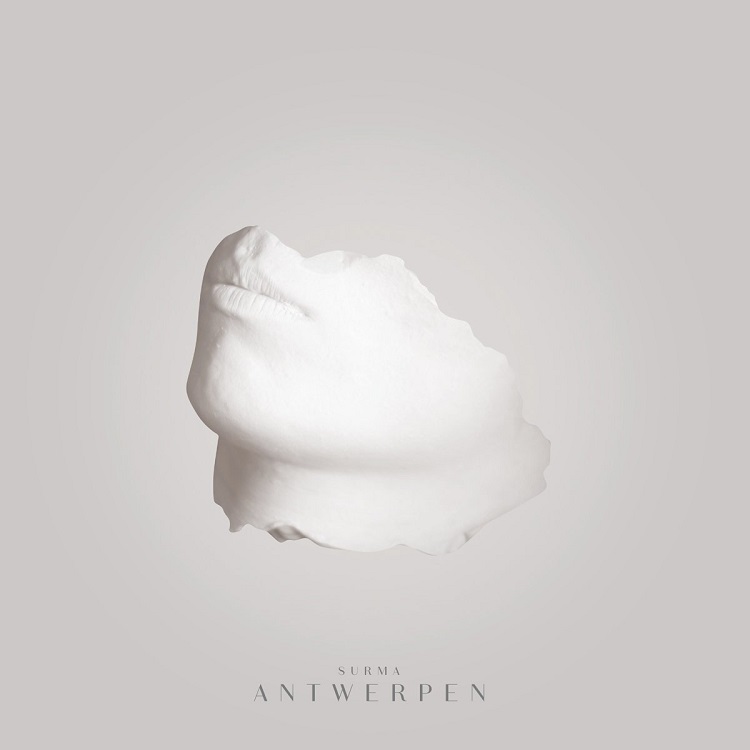 Antwerpen is my first album, ever! I recorded and produced the album with Casota Collective (Audiovisual collective from Leiria) which was a really great and fun experience. Without them, it wasn’t the same thing! It was an amazing and a unique year that I spent working with them! I’ll try to describe in words the meaning of each song from the album…

That song started with a simple guitar riff that I brought into the studio, in a really cold morning! Had like a reverse guitar riff with a lot of reverb combined with delay! Guys from Casota Collective helped me a lot with that song! I had a really simple melody too and we thought that we could put a song without structure and simple at the same time.

Harp, I love that instrument since I was a little girl. Since I started this project, I wanted so bad to put harp on the songs and this was the first song of the album that I really felt it the harp! I created an atmosphere only with harp (in the beggining) and trying to put some weird sounds in the middle of it! It’s a simple song too with a lot of emotions on it! Rui (Casota) had a really great ideia to put a voice sample in the middle of the song to change the feeling of it! It results very well.

Hemma is the name of my Grandma! This is one of the first tracks recorded on the album! At that time I was traveling through Scandinavia and it was a really inspirational trip to me. I felt like home. On the way there, I was seeing an Icelandic movie called Home (in icelandic). I really enjoyed the sync between the movie and the feeling of home. I wanted to make that same connection with my Grandma.
It was the first single that came out from Antwerpen, maybe because it’s such an hopeful song and with such a strong connection to me.

At the beginning, that song wasn’t to enter at the album! I had an old riff recorded on my loop station (just for fun) and the guys really love the sound of it and we decided to working on it! We started with that same old riff and try to improvise some random sounds and some random beats in the middle of the song and it really works! We are so happy about the final result.

One month left to finish the album…I didn’t have all the songs needed to the album! I told to Rui “Let’s try something…In one hour…let’s try to make a song” and it was it! We started to play some synths with a lot of effects and Saag appeared. Is one of my favorite songs of the album, it was really genuine and fun to make this song with him! In the next day I recorded the voice…that song was really important to me…I had my final decision that I didn’t want to write any lyrics, just to improve and say phonetic sounds and words. It’s a huge sense of freedom. I love it!

Is the cute song…with some bells on it and a really weirdo melody. It was the song that gave us more work and more headaches. We couldn’t pass the middle of the song, it was really really hard. One day we had an ideia to put some heavy synths on the final…and that’s was missing. It works so so well, it turned out thus way and problem solved.

A lot of work too eheh! I started with some random voices recorded with the computer microphone with some ambiences in the background. Guys, helped me a lot with that song, they had a really crazy and a genial ideia to put some old voices from 40’s Alabama Peasants. It works so so good and has gained a very unique sound and personality! The drums on the chorus it was an idea that I had. I wanted to put some traditional Portuguese drums and we did it! We recorded like 4 different drums on the same track.

I made that song in 40 minutes. I had a little piano riff that I created at home and when I showed in the studio I started to sing and BAM! It’s done! It was so fun to do this! Casota, had a really nice idea to put the piano with an old sound and with a reverse notes in the middle of it! I loved the idea.

Is the most tweaked and up beat song of the album. In the beginning it was a really slow demo that I was working at home. When I showed to the guys they look at me and say “Let’s make an EDM song” and there we go! They accelerated the song for the doble. When we finished that we just dancing all along in the studio.

That song it was an old song that Casota always loved! I didn’t want to put that song on the album! It was an capela song with only voices floating and a really complex melody! They listened the raw version and they loved it! We change the instrumental of the song but the old voices still on it! The final result was unbelievable, it had to be the final song of the album.